Zombieland AFK Survival (Formerly “Double Tapper”) is a post-apocalyptic zombie “clicker” game that lets you form a team of survivors, collect weapons and other equipment and smash zombies to free the wastelands of America from the undead menace.

Collect a diverse roster of quirky heroes and sheroes from the Zombieland world. Exclusive characters, such as Tallahassee. Wichita and Columbus will fight alongside their squad to eliminate brain-eaters. As you destroy zombies, you will go on road-trips to several American destinations.

Help your team battle zombies by tapping on incoming zombies or equip the best loadout to your heroes so that they will take care of them without your help. There are lots of new destinations to explore, boss zombies to fight and new heroes to collect! These Zombieland AFK Survival tips and guide shows you how to make your squad stronger, unlock and improve skills, make the most of hero abilities and lots more!

How to Increase Tap Damage

Your heroes will automatically shoot incoming zombies or use a melee weapon when they come too close to them. You can lend a hand to your heroes – just tap multiple times on a zombie to beat him up. This will reduce his HP at a much faster rate and he will be eliminated even before he comes closer to your heroes.

The best way to increase your tap damage is to keep upgrading the lowest hero to increase his/her primary damage. In the above example, it was Helena, which I got from the summon menu by spending a sim card.

Don’t be confused if the tap damage is lower when you are in a new city. Probably you have just added a new hero to your squad. The tap damage changes when a new hero joins, so make sure you check each hero’s primary DMG stats and then calculate the tap damage.

Level Up Characters from Time to Time

Duty-bound heroes in Zombieland AFK Survival will leave no stone unturned to wipe out the undead from the face of the earth. But as they move to different cities, they will face tougher zombies. You must upgrade them to increase their stats so that the undead do not trample them.

You will collect coins when they smash zombies. Make the best use of coins by leveling them up. It will improve their primary DMG, Health and other stats. Tap the upgrade button below a hero’s portrait to increase his stats.

Nut Up Your Heroes!

After each ten upgrades, you can “nut up” a hero. This not only gives a health and damage bonus, but also grants a skill point.

When you nut up a hero, a skill point is available. A red dot appears on your hero’s portrait. Tap on his portrait to access the skill tree.

You can then allocate a skill point to an unlocked skill or upgrade it to improve that skill further. On a hero’s skill tree, a new skill unlocks when your hero reaches a certain level, but to activate it, you will have to upgrade the previous skill to level 1.

Each hero has unique skills. You can tap on each skill to know its advantages. Skills are linked to a hero’s class. For example: Helena, who belongs to the Support class has skills related to healing and reviving teammates.

A hero’s ability is shown just above his portrait in the battle screen. Tap to activate an ability. Each ability has a cool down time, which differs from one hero to another. Once the cool down time is over, you can tap it again.

Since the time taken to activate an ability is pretty long, you should use it only when the time is right. Try to use a hero’s attack ability when there’s a huge horde approaching your squad or during the boss round.

A hero’s ability can be found in the middle of his skill tree. It unlocks soon after the first skill is unlocked.

Certain skills augment a hero ability. Tab each skill on a skill tree to know which of the boosts or improve a hero’s main ability.

Besides leveling up your heroes, you should also upgrade their weapons to improve their stats, such as DPS, Damage, Reload time etc. You will need “scraps” to upgrade a weapon, but you can’t just use any scarp to upgrade your weapon.

You might get scraps when you reach a certain stage. Eliminate waves of zombies to reach a new stage. Each stage has 10 zombie waves. Tap the mission reward box on the upper left corner of the screen to get a complete list of rewards. The red dot on the mission rewards box means you reached a stage that grants a reward. You can also get random scraps in daily quests.

To upgrade a melee, power or primary weapon, tap “weapons” and tap a weapon card with a green arrow. Next, tap the green upgrade button to improve its stats.

You can change your melee, primary or power gun with a more powerful weapon.

On the battle screen, tap on a hero’s portrait and then tap on one of his weapons’ portraits > change weapon. If there’s a new loadout available, it will be shown in the list below.

Tap on the new weapon’s portrait and the comparison screen will show the stats difference between the two guns or melee weapons. Tap change if the new weapon’s stats are higher (shown by green arrows) than the older one.

A new weapon is displayed only when it’s of the same type. If you obtain a new melee weapon, only then you change the older melee weapon to a newer one.

Get new weapons from mission rewards and certain events.

How to Summon New Heroes

To defeat tougher zombies, add better heroes to your team.

On the map screen, tap “Summon” and then tap “Hero Summon”.

You will need sim cards to summon new hero shards. A hero unlocks as soon as you collect a certain number of shards. If you want to unlock Pheonix, you will have to collect 50 shards. Tap the Heroes tab to check the shard requirements per hero.

Save up to 10 sim cards and then spend them to get guaranteed shards of rare or better hero.

The game also offers a free summon every few hours, so keep an eye on free offers.

You can brainstorm Zombieland AFK Survival rules to help your team survive the undead onslaught. These new rules permanently increases certain stats of all heroes or weapons.

There are different types of rules, but each rule will have a big contribution is making your zombie-killing mission a success.

You will need “nuggets of wisdom” (brain icon) to “Find” or activate a new rule.

Once you obtain the required number of nuggets, head straight to “Rules” from the map screen and then tap the “Find Rule” icon to open a random rule. The first thing you should do is to unlock a rule, which you can do after completing a city mission or you can unlock it using twinkies.

You can obtain nuggets of wisdom on certain stages or when you complete the final boss stage in each city. When you advance to a new city, you will receive more nuggets in the final boss round than the previous city.

You can get twinkies when you reach certain stages. Check the mission rewards screen during combat by tapping the chest icon on the top-left corner of the screen.

Fight the Boss When Your Squad’s Strong

Keep hacking and slashing zombies in each wave until the dreaded boss round.

When the wave bar on the top of the screen displays “Fight Boss”, tap it only when you are ready. If you are not, then you can keep fighting endless waves of zombies.

You will get coins, with which you can upgrade your heroes. Keep upgrading your heroes and when you think your team’s strong enough to take on the boss, tap the fight boss link and eliminate the boss zombie. Try this tip when you are fighting the final boss in a city.

Equip Trinkets to Your Heroes to Make Them Stronger

Along with equipping weapons to your heroes, you should also equip trinkets to them to increase stats such as HP.

In Zombieland: AFK Survival, trinkets are nothing but everyday objects such as keyrings, badges, protein bars etc. You can get them from missions or from events. To increase the power of each trinket, level it up using tin foils and other materials. Obtain them from events and missions.

Use a hero’s damage-dealing ability at the right time. Use it when there’s a large horde of zombies approaching your squad or during boss round. 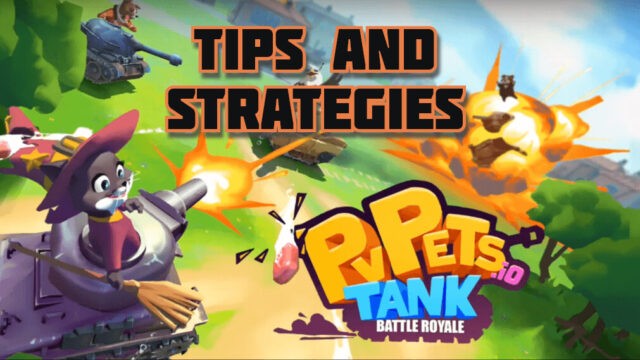