There are quite a few good fighting games released for the mobile platform. WWE Immortals is one of them. While the gameplay is very much similar to Injustice: Gods Among Us, it offers a solid mobile brawler experience.

The game features totally unseen avatars of your favorite World Wrestling Entertainment heroes. There are several deadly combos to pull off, something which can also be done in Gods of Rome. You can check this guide to know more out this exciting fighting game set in the age of myth. However, if you are looking for an authentic WWE experience, then you must play WWE Mayhem.

In WWE: Immortals, mastering all touch screen-based moves is easy, but you will need to make your team stronger in order to fight powerful opponents. You may find these basic tips and tricks quite helpful in defeating tougher opponents.

2. Use your hard-earned coins in purchasing Talent Enhancements. These cards are available at the Store and offer health and damage boosts. While saving coins for purchasing a stronger WWE superstar might be a good idea, making current characters stronger with talent enhancements will help you defeat opponents easily at the beginning levels.

3. Purchase booster packs to get a random character as well as an assortment of bonus cards, which could include anything from gear to talent cards.

5. Heavy attacks can do more damage than light attacks. Repeated left or right swipes can make your opponent fall. Repeat this trick soon after he/she gets up.

6. Light attacks can be a good option if you need a combo bonus. A series of light attacks triggers a quick time event, which if performed at the right moment will deal additional damage. Some heroes may even draw their weapons and deal massive damage to their opponents.

7. Tap on the Inspect button of a character profile to find a list of allies and rivals. Called “Chemistry”, this unique aspect provides health boost to all allies and adrenaline regeneration to all rivals in a team. For example, having Dark Sorceress Paige, Kane “The Demon” and Pyromancer Nikki Bella in your team will give a health boost to all characters in your team. However, having rivals in your team will lead to a 10 percent decline in defense for all of them.

8. Make sure you have characters like Paige and Yes! Movement Daniel Bryan in your team. Their signature attacks can eat up their opponent’s adrenaline.

9. Gear cards boost your wrestler’s stats and make them more powerful. You can collect gear cards by playing an online tournament. To equip a gear, go to a character’s profile in “Collection” and press the empty slot beside the Gear icon. Add any gear that you have earned in an online match.

10. Combining the original wrestler card with its duplicate card boost’s a WWE Immortals character’s health and damage. You may also sell the extra card via the Sell tab for a talent card or an upgrade card. 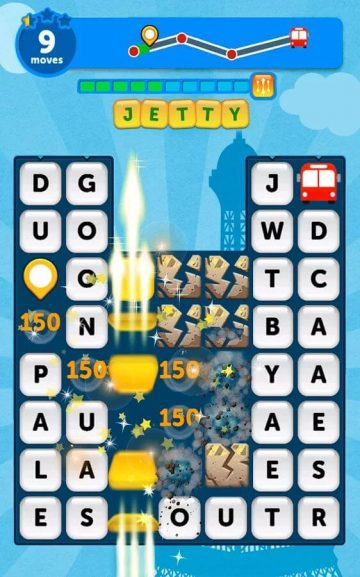 Next
Words on Tour: Tips, Hints and Tricks
Click here to cancel reply.