There Is No Game: Wrong Dimension Walkthrough and Guide

Indie game developer “Draw Me A Pixel” pays tribute to some of the most iconic video games through their latest point-and-click adventure titled There Is No Game: Wrong Dimension.

Solve devious puzzles cleverly hidden within famous games, such as Brick Breaker, Roshambo, The Legend of Zelda and many more!  Find clues, open password-protected files and feed the squirrel in a fake operating system, find a way to escape an old DOS game and stop the evil glitch from controlling the world. It’s a battle between you, the annoying “game program” and the malevolent glitch. The dialogues are hilarious and the parodies of popular video games is extremely well done.

Wrong Dimension is divided into several chapters and each chapter has a series of clever puzzles, which need to be solved in order to escape from a video game universe. You will have a hard time solving them as any solution will be available in the most unexpected places! In There Is No Game, you will have to think “outside the box” to solve a puzzle or read our walkthrough and guide if you are stuck in a chapter.

The game interface has two buttons on the top-right corner of the screen – a pause button that will also allow you to access settings or return back to the main title and the help button.

Pay attention to the dialogues. The “Program” often blurts out hints or clues while talking to the user (i.e., you, the player). Also look around to find odd items or items loosely hanging on the interface.

Tap on the help button to get a hint. Hints will be shown in the form of a “?” over important items on a puzzle. Tap on the “?” and then tap on the hint plate to get a clue. You will have to wait for a few seconds to unlock another hint.

In most puzzles, you will have to use items dropped from a game. Since you would be playing a game within a game, you will need these items to solve them.

Those were a few tips to play There Is No Game: Wrong Dimension. If you are stuck in a particular chapter, then you should watch our walkthrough videos below:

There Is No Game Walkthrough: Chapter 1 – Mise en Abyme

The first chapter follows a hilarious one-sided conversation between the annoying game program and you. The program does not want you to play a game and tries to hide something behind several obstacles, including a fake operating system, the title board, a secret safe and a hand-made paper loading screen.

Solve a series of puzzles to break through those obstacles only to discover the evil glitch. There are two games in this chapter – Brick Breaker and Rock, Paper Scissors. The squirrel operating system (OS) puzzle is a tough nut to crack (pun intended).

In the OS puzzle, in which you will have to enter a password in the clock program, the numbers are randomly generated in the ID card image, messenger (Skite) and the three-digit private number in the Miss Tokyo postcard inside the “Private” folder.

Pay attention to everything in the video walkthrough below to solve all puzzles in chapter 1:

Chapter 2 – Behind the Scenes

There Is No Game: Wrong Dimension’s second chapter teleports you to an old point-and-click MS-DOS, all thanks to the glitch. The DOS game is a parody of a popular game named Lost Files of Sherlock Holmes.

Puzzles are pretty tough in this chapter as you will have to move between scenes and even rotate the TV to find clues. No worries. Watch the video walkthrough below and you will find answers to all puzzles in this chapter:

Note: In the scene where Dr. Watson finds a coin, you will have to be quick to tear the empty yellow sticky on the lower-right corner of the screen using the glass shard. The coin will drop out of the TV screen. 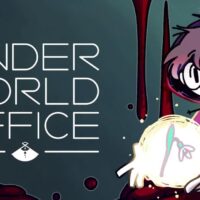 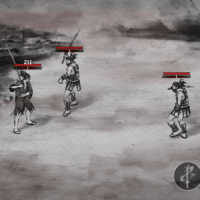