Nickelodeon’s new mobile brawler, Super Brawl Universe lets you assemble a team of your favorite Nick characters, such as SpongeBob, Angelica Pickles, Timmy Turner, Danny Phantom, Donnie and other TMNT characters and many more! The game has two fighting modes: A 1-on-1 mode that lets you fight random opponents to win chests and a 3-on-3 mode that allows you to battle three fighters to obtain Brawlville trophies. There’s no “best of three” in a 1-on-1 fight, so you don’t have another chance if you lose a fight against an opponent. You will have to fight another random brawler.

Super Brawl Universe gives you plenty of opportunities to collect your favorite characters. Chests received as rewards from a 1-on-1 fight or characters and chests you receive on reaching trophy milestones contains lots of character cards. Collect cards to unlock new fighters and if you keep playing 3 vs. 3 tournament mode and win trophies, you may also unlock rare characters once you reach certain Brawlville trophy milestones. With the help of this guide, you will learn a few tips and fighting strategies that will help you win tournaments and earn more rewards.

1. Always go for Light Attacks in the Beginning of a Match

Performing light attacks is easy. Just tap the right side of the screen repeatedly and your character throws quick punches at his opponent. Light attacks are quicker than medium/heavy attacks and probably the best way to reduce opponent’s HP quickly during the start of a fight.

2. Try to Surprise your Opponent by Mixing Up Attacks

Don’t perform the same fighting technique every now and then. Always mix up your attacks to surprise your opponent. With only three basic fighting moves, your attacks can become predictable if you keep performing only one fighting move for some time. Keep your opponent guessing for your next move. You can combine light and medium attacks or perform three light attacks followed by a medium attack and so on. Create your own attack combinations and perform them at the right moment.

Your opponent’s quick combo attacks can be very overwhelming at times. You can block his attacks, but you shouldn’t give him any chance. Quickly swipe left to move away from him. Doing this will break his combos. Keep a fair distance and let your opponent approach you. When he comes near, you can tap or swipe right to attack. Swiping left is the best way to break a chain of attacks.

4. Keep an Eye on Your Opponent’s Special Attack Gauge 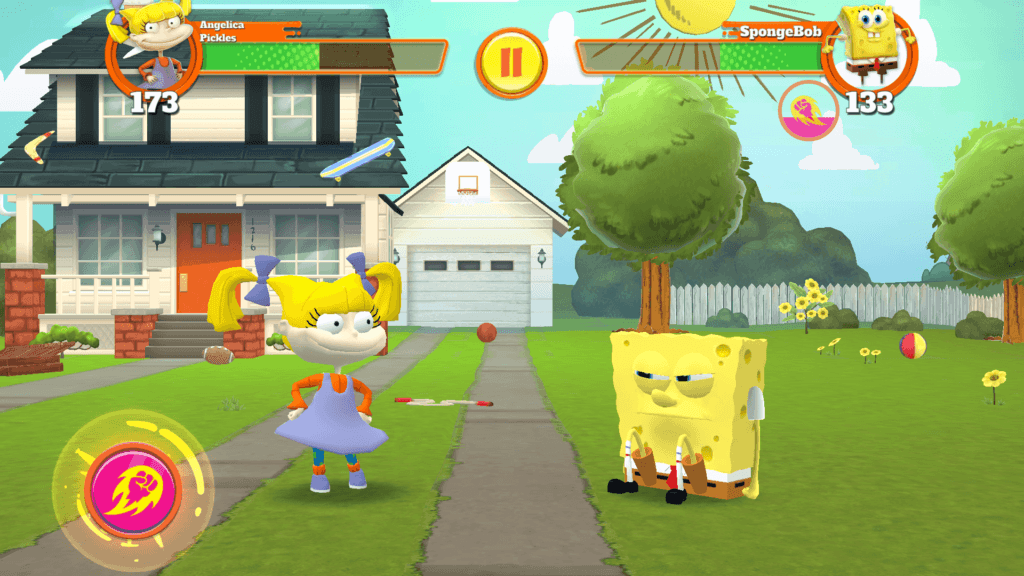 Please note that the special attack gauge powers up whether you are attacking or taking damage from your opponent.

5. Pay Attention to Your Opponent’s Class Before a Match Begins

Just before a 1 vs. 1 fight begins, the versus screen will show whether your opponent’s class is stronger or weaker against your class. Check the arrows. If there’s a red colored down arrow beside your class, it suggests that your character’s class is weaker than your opponent. You will have to be extra careful while fighting as his attacks will deal more damage than normal. Block his special attacks and heavy attacks. If your character’s class is stronger, you will notice a green up arrow beside his class. Make the most of right swipes and heavy attacks to deal max damage to your enemy. 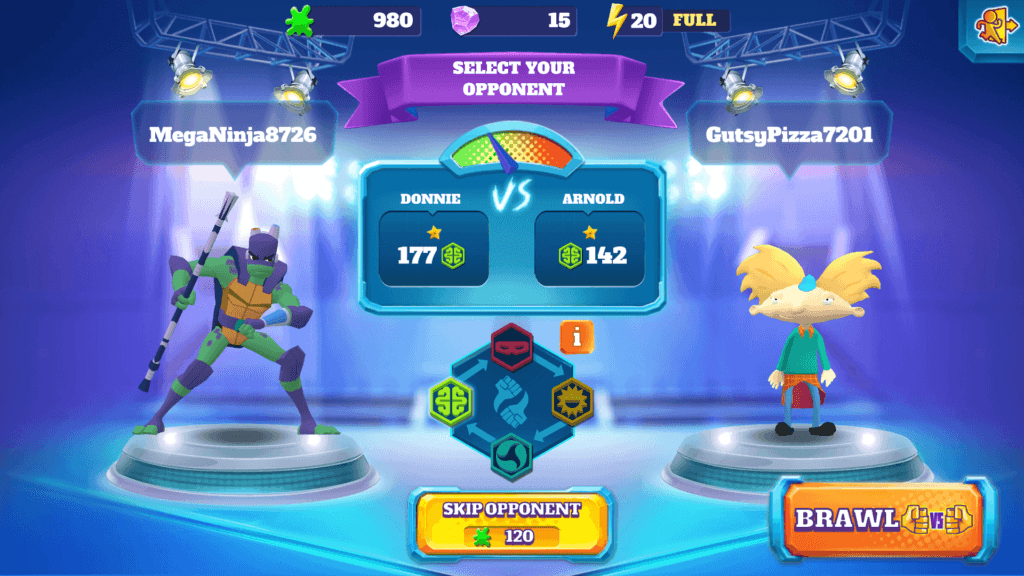 The creators of Super Brawl Universe have made gameplay a bit challenging by not letting you choose a stronger character class at the versus screen. If you tap the back button on the top-right corner of the screen, you will lose your current winning streak. So, if you have won two 1 vs 1 battles and want to change your main fighter in the current battle because his class is weaker than opponent’s fighter class, you will lose all two back-to-back wins. A three winning streak lets you open the purple rare chest that contains new and duplicate fighter cards and slime, which is used for upgrading cards. It’s a matter of chance as the game randomly chooses an opponent for you in 1 vs 1 brawls. So, if a random opponent has a stronger character class, you will have to fight him or just tap the “Skip Opponent” button with hopes of getting an opponent whose class is weaker than yours. Keep in mind that you will have to spend slime to change your opponent.

6. Level Up Your Brawlers

When you win a 1 vs 1 match or win three 1-on-1 matches in a row, you get chests that contain new and duplicate brawler cards. The duplicate brawler cards can be used to level up your brawler to make him stronger. Make sure you open a basic chest soon after winning a 1 versus 1 battle as it takes some time to open one. 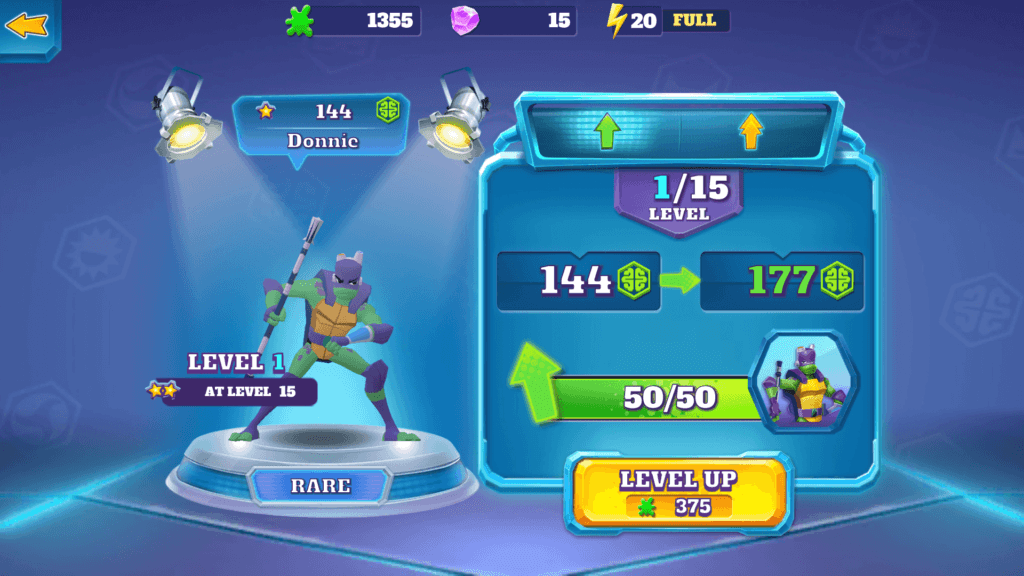 You will need a certain number of duplicate cards to level up your brawler. You will notice an animated arrow on top of the home screen, on the brawlers tab. It indicates that one of your brawlers can be leveled up. Tap it and then tap a brawler to level him/her up.