Smite Blitz lets you explore the battleground of Gods. Developed by Hi-Rez Studios, this excellent tactical role-playing game lets you assemble a team of Gods and Goddesses to rain fire and brimstone on deadly monsters and fearful bosses. Choose the most powerful characters from over 60 Gods, find the best formation and make the most of each deity’s unique “Ultimates” to tear through enemies.

Dark forces have invaded Gods Realms and your quest is to restore them to their former glory. You will choose the best team to defeat waves of enemies, but you must know your Gods and their abilities. Check out these tips, tricks and strategies to make your team more powerful, select the best and the most powerful Gods, obtain resources to upgrade heroes and their skills and win Adventure levels:

Fighting bosses and their minions can be a big challenge if you don’t have powerful ultimate skills.

Things can go awry, if a particular boss revives himself and his minions keep respawning as the countdown clock ticks to zero. In such situations, it can be difficult to stop them using weaker ultimates or those that cost a lot of mana.

To tackle this, you must choose characters whose ultimates recharge quickly and cost less amount of mana. Here’s what you should do to ensure a guaranteed win in boss levels:

Once you have summoned or unlocked several characters, head straight to “Gods” in your home screen. Tap on an unlocked portrait to open a character’s info page.

Tap on the “Skills” tab and check an unlocked character’s mana cost (purple hexagon on his skill portrait) his “recovery time” (in seconds), and the Ultimate’s damage or buff/debuff stats under “Effect”.

A skill recovers or recharges after a few seconds, so you will have to choose characters at have lower recovery or recharge time. You can also increase a skill’s stats using skill stones.

Be sure to select characters whose ultimates requires 3 or less mana. The mana bar fills up slowly and if you choose characters with higher mana requirement, you will have to wait for some time for the mana bar to refill. By that time, enemies will inflict a lot of damage to your team.

You may add an ultimate skill that requires more than 3 mana, but his ability should have devastating effects on the enemy to compensate for the higher amount of mana requirement. As you already know, the mana bar fills up slowly so unleashing such ultimates will use up a lot of mana. Of course, it will fill up again, but you will have to wait when the mana bar reaches at least “3” to use one of the character’s Ultimates.

Use Athena’s Taunt Ability in these Levels

In Smite Blitz, Guardians belong to the Tank class, have high HP, PHY DEF and are usually placed on the frontline.

Of all Guardians, goddess Athena has the taunt ability. Be sure to add her to your team especially in adventure levels where you will have to protect something or stop enemies from escaping. Use her taunt skill to attract attention of a group of enemies so that they don’t rush towards their objective or try to run away.  While they attack Athena, use skills of her allies to defeat them.

If you have earned 3 stars in a stage by completing all objectives, you can grind the same stage again using blitz tokens.

These tokens allow you to farm locations to get rewards instantly. Basically, you won’t have to play the entire level again. Just use blitz tokens and you will get your rewards. Blitz mode is available when you complete stage 2-10.

You can get blitz tokens from these locations:

Complete a stage to get a token. This is the best way to acquire free tokens.

How to Get Characters

To get all Gods in Smite Blitz, follow these tips:

Play the Adventure mode. New characters will join on certain levels in each chapter. When a new God joins, you not only get to activate him, but also unlock an extra slot to add him to your team.

Complete Chapter 3 to get Anhur. You will get this character when you finish chapter 3 level 10 in Adventure mode. You may get this character earlier from the alter. If you have already obtained Anhur, you will still get his shards, which can be used to rank him up.

You will need shards to unlock a new character or rank up the existing character. Get shards from Daily Logins and achievements. Under Daily Logins, you will get “Kumbhakarna” shards on certain days. Make sure you login daily and claim shards and other trophies. If you don’t, you will still have a chance, but will have to shell out gems to reclaim your rewards. Access Daily Login rewards from “Bonus” on your home screen.

Under achievements, you will have to complete all secondary achievements to get an “Achievement Reward” which grants shards.

Don’t forget to Login daily for seven days straight to unlock characters such as Zhu Rong (Day 2) and THOR (Day 7). You will also get 5 sacrificial crystals on day 5.

Use shards to rank up a God. A new skill is unlocked when you rank up a character. Check the skills page of each character to know when it unlocks.

Create a Balanced Team of Gods

Besides choosing characters with low mana cost and recover time, you should also consider building a balanced Smite Blitz team. Focus on each character’s class and abilities when adding him to your team. Have a healer, a ranged class character on the backline and a tank unit on the frontline to create a formidable team.

Add the best character from each class in your team. There are five major classes – Guardian, Mage, Assassin, Hunter and Warrior:

Guardians are tanks with high phy DEF and HP. You should have a Guardian in your team. Since Guardians have high Def, they are always placed on the frontline, as they can take a lot of damage while ranged characters on the backline attack enemies.

Mages deal magic damage, heals allies or summons monsters or armies to attack enemies. A character belonging to the Mage class is placed on the middle row in the team formation screen.

Assassins are quick in their feet, attack at a much faster rate than other Gods, dash into enemies to deal massive damage to them and evade attacks. Some Assassins wield dual weapons.

Hunters are ranged characters and are placed on the last row in the team formation screen. Armed with a powerful bow and arrow, they either target a single enemy or multiple enemies.

Warriors are melee characters who are placed on the frontline. They are blessed with high Phy. ATK and their skills deal huge damage to a group of enemies (area damage).

Besides a character’s class, you should also pay attention to his ability. A character’s ability is mentioned on the right side of his/her info page. You can get access to a character’s info page from the “Gods” tab on your home screen.

A character’s ultimate is based on his ability. Area damage, single target, slowdown, dash etc. are some of the examples of abilities. Make sure you check each God’s ability before adding him to your team.

Characters gain EXP every time you win an Adventure stage, but if you want to level up a God instantly, use potions.

You can obtain potions from Adventure stages and Daily Logins. There are various types of potions. The green “high quality potion” instantly increases EXP by 500, whereas the blue potion increases EXP by 1200.

Leveling up a character increases his CP. If your team’s total CP is too low to take on tougher opponent’s make sure you level up all characters in your team to increase their CP instantly.

How to Add More Gods to Your Team

You may have summoned a legendary God from the Alter, but you can’t add him to the Smite Blitz team unless there’s a slot available in the squad formation screen. There’s a limit to the number of characters you can take to an adventure mission, and this limit is increased when a new hero joins your team in certain stages.

I could only add 4 characters in the team before Ra joined my team in stage 2-9. When I completed that stage, I not only unlocked Ra, but increased the limit to 5. Now I can either add Ra to my team or any character summoned from the Alter.

Ultimate skills play a crucial role during combat. To increase their effects, you will need to upgrade them using skill stones. These blue stones are used to activate and upgrade skills. Reach a God’s info page from the home screen and then tap the skill tab. Tap the skill and then press the “level up” button to increase damage or other effects of that ultimate skill.

Every God has his/her own equipment set consisting of weapon/shield, helm, breastplate, bracer, boots and greaves. Each piece of equipment is connected to a stat. For example, Breastplate is linked to HP. Upgrading it will increase HP.

You can also use higher-ranked (rank 2, rank 3 etc.) resources to upgrade equipment pieces of high rank Gods. You will need a certain number of shards to rank up a character and only then you can use a resource belonging to the same rank to increase the level cap of that high-ranked character.

Adventure Levels are the best way to obtain equipment upgrade resources for increasing the level cap of a piece of equipment. You can farm each stage using blitz token to get resources instantly without replaying the same level. 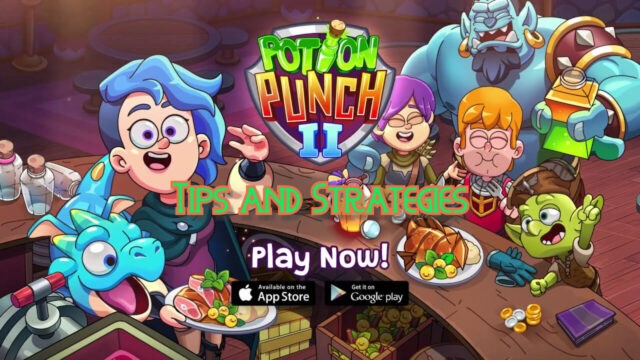 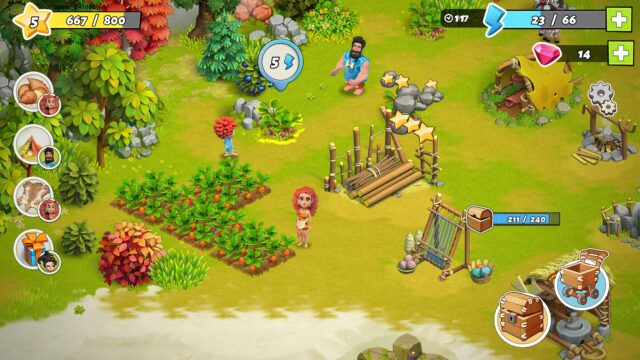