Lilith Games’ latest mobile entry, Art of Conquest, may be its most ambitious title yet. A true fantasy RTS, Art of Conquest offers up epic real-time active combat, expansive social options, and satisfying exploration, all within a gorgeous, magical setting. It’s already turning a lot of heads, including those at Google and Apple having recently featured the game on Google Play and the App Store. 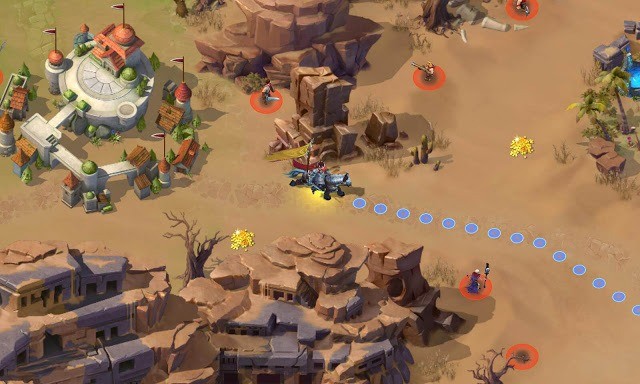 Art of Conquest lets players choose from five fantasy races — Humans, Dwarves, Lich, Rakan or Sylph before placing them in command of their own castle with one of six warring kingdoms. From there, it’s a matter of building up your base — constructing siege machines, levelling up your units and heroes, and finding the best way to defend your castle.

The game’s battle system, however, is anything but typical. Art of Conquest gives you full control of every battle. You’ll need to place each unit in careful, strategic formation if you want to have a chance of defeating your real-world opponents. Once you set them loose, you can use your heroes’ unique active abilities to gain the upper hand.

These battles aren’t fought from a central hub either on the game’s main screen. The land of Nore features a sprawling map, and players will need to set out and explore it to find enemy encampments to battle and resources to gather. It’s certainly a refreshing change from other games of this nature.

You can join in on the action on both iOS and Android devices.