Rocky Rampage: Wreck ‘em Up is a stunning physics-based runner from Joyseed Gametribe. It revolves around the adventures of Boulder Cobblestone and his sidekick Pebble.

The jealous empress has stolen all his underpants. In a fit of rage, Boulder seeks help of Pebble and a wild boar to destroy her castle and bring back his precious unmentionables.

You will have to use his unique abilities to infiltrate her castle and defeat her minions until you find her to settle a score. With that much-needed “push” from the Boar, you will have to launch him up in the air, bashing enemies as he dashes from one wall to another to reach the castle.

These Rocky Rampage tips, tricks and strategies will help complete stages, know when to use boosters and which upgrades to purchase.

Get that Perfect Launch

A perfect launch is the “perfect” way to fling boulder cobblestone up in the air. Tap on the screen when the marker hits the red zone. Your next move should be to increase his speed.

The best way to do is to jump on “Boom Birds” that explode when boulder hits them, thereby helping him keep the momentum going.

In Rocky Rampage, you must jump to avoid rolling on the ground. Friction will slow down boulder cobblestone when he hits the ground and rolls.

Tap on the screen to jump and hit boom birds to maintain speed. Boulder needs that extra push to break walls, and hitting boom birds will help him do that.

Wait When You Hit That Bird

Boulder jumps every time you tap on the screen. You should tap only when he is rolling on the ground or is in the air.

However, when he hits a boom bird, wait to see if he hits another one as there will be several boom birds flying in the air. This way you can save precious energy and also get a jump energy charge.

If you keep tapping the screen every time, you will consume all energy in no time. Pay attention to boom birds and wait to see where he lands next before tapping on the screen.

How to Recharge Energy

You will need energy to jump. The energy bar is displayed on the left side of the screen. You can jump only when a first bar fills up in the energy section.

Each time boulder cobblestone jumps, he consumes energy. The best way to recharge his energy is to hit the enemies. Each time he hits the ground enemies or the ones in the air, the energy bar fills up a bit.

You will also recharge energy when boulder cobblestone breaks the wall to go to the other side.

Invest In these Crucial Upgrades

Keeping that momentum going so as to break walls and reach your objective can be difficult if there are no speed upgrades.

When the game ends, you will receive coins as rewards based on the distance covered and enemies hit.

Invest coins on the following upgrades before doing anything else:

Max Speed: Increases boulder cobblestone’s max speed. Very crucial upgrade if you want to keep the momentum going, even when he hits the ground.

Aerodynamics: When boulder cobblestone rolls on the ground, friction leads to speed loss. Upgrading “aerodynamics” reduces loss in speed when he rolls.

Strength: Bombs birds can be very useful in maintaining that momentum, especially when you are closing in to a wall. However, many times, your character won’t be able to go through a wall. This is when an upgrade “Strength” card comes useful.

Boom Bird: Boom birds play a vital role in maintaining speed as your character bumps from one bird to another in the air. When boulder cobblestone hits a bird, she explodes, sending him higher up and increasing his speed. This also increases the energy gauge. The stronger the explosion, the faster your character travels as it increases more speed. Upgrade Boom Bird to increase the strength of explosion.

The above upgrades are crucial if you want to complete stages in boulder cobblestone Rampage. You may also upgrade the “Launch Power” card to increase the launching power when the wild boar hits your character.

Select Boosters Before You Start Rolling

Before you begin another fast-paced attempt to infiltrate the evil empress’s wall, equip boosters. There are several boosters in Rocky Rampage, such as:

Ms Poggy: Gives the much-needed boost to the launching power. When you equip this booster card, the gauge will remain in the maximum zone, i.e. red zone. Just tap the screen and your character will be launched to a greater distance.

Energy Drink: Increase the energy bar on the left side of the screen. When you equip this card, it gives an additional energy charge, allowing an extra jump.

Dynamite: This booster comes into play when boulder cobblestone stops abruptly while rolling on the ground. His sidekick Pebble comes to his help with the dynamite that gives that last-minute push after coming to a halt. The dynamite explodes, flinging him up in the air and giving him another life.

How to Get Boosters

You can get boosters from treasure chests airdropped in your home screen. Tap on the red and golden chest and the tap on the open X3 button. You will have to watch an ad to obtain triple rewards.

If you don’t want to view ads, just tap on the purple Open x1 button to get only single rewards consisting of 5 cards, which includes coins and boosters. With triple rewards, you will get 15 cards.

Chests will be airdropped in the game every 2 hours.

You might also get a chest when you complete a stage, I.e. when you defeat a boss in the castle, your final destination in each stage.

Once you defeat the first boss in the first castle in chapter 1, you will unlock the wardrobe.

In the wardrobe, you can then equip one of several bright and colorful “wonderpants” to improve speed, launch strength, additional energy for jumping and many more upgrades.

To equip a wonderpant, tap on your character’s portrait on the left side of the home screen to access “Collection”. Now, tap on a wonderpant and then tap on “Equip”.

Get this awesome stage-based runner from the Google Play Store and the App Store. 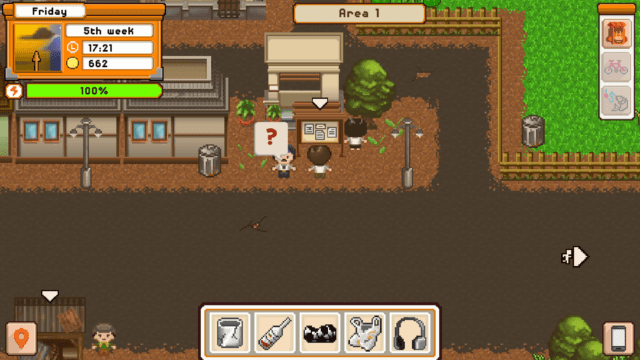 Previous
Citampi Stories Jobs Guide: How to get a High-Paying Work 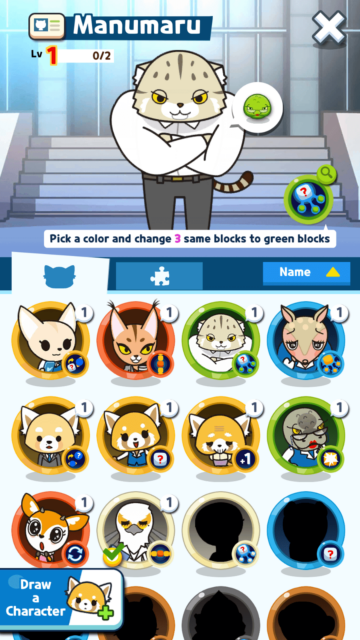 Next
Aggretsuko: Short Timer Strikes Back! - Tips to Unlock All Characters
Click here to cancel reply.