There are people who love fighting games, and then there are those who love robot fighting games. Movies like Real Steel and games based on the movie have stoked people’s interest in scrappers that involve two mean machines fighting for dominance and supremacy.

However, there aren’t many such games on Android. You may find a few free-to-play games that allow gamers to build their own machine and control it to fight larger-than-life scrappers. All of them are available at the Google Play Store:

Real Steel games popularized the robot fighting genre and inspired game developers to make their own machine vs. machine brawlers. Champions is the second game of the series that lets you build your mean machines to fight other mechs in a boxing realm.

Stats play a key role in this game, and so you will have to choose the right parts to make your bot stronger. The game provides 30 slick robots and over 1000 parts to choose from. You have the freedom to choose the best parts from your collection, build a bot from them and finally deploy it to fight other powerful mechs. 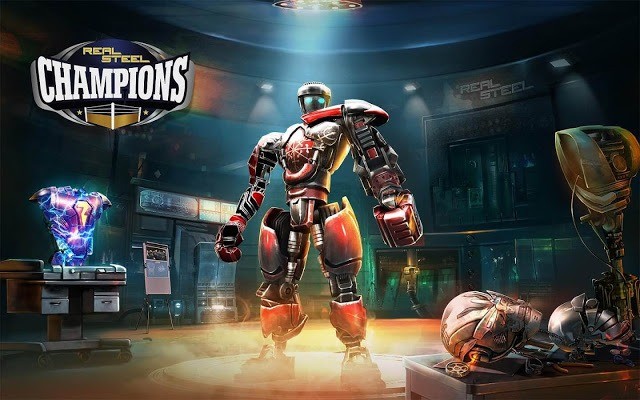 Gameplay follows traditional brawlers. The screen has virtual buttons that lets you punch, kick and launch special attacks to defeat enemies. Heavy and special attacks, not to forget mind-blowing finishers are just splendid. You will come across popular characters from the movie – Midas, Zeus etc. and will fight legendary characters, including a surprise super-villain in the last battle. If you have played the first game, then you should not miss Champions to get a taste of a new and improved Real Steel.

In Turbine Fighter, players are proud owners of “tankbots” – turbine-powered toy robots. The tankbot fighting sport is very popular in Rasen City, but it has a mysterious past. The story unfolds level by level as you fight rival robot owners and destroy them to pieces.

TF is a physics-based game that lets you build your own metal fighter using six different parts. The completed robot can then be deployed to an arena where it will fight your competitor’s bot. 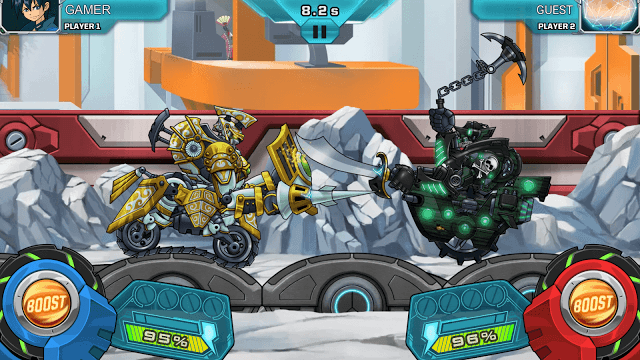 Fighter bots can’t be controlled directly. You will only have a boost button that super-charges your robot. The outcome of the battle depends on a fighter’s overall stats, which can be increased by installing powerful parts. If your fighter has better stats, the chances of your winning the battle are more. However, other factors, such as boost button and AI chips play an important role. The game has a nice anime look, and will surely appeal to mecha fans.

Iron Kill has some stunning looking robots. You can collect over 30 of them and use them to fight against AI and human players. You can upgrade your fighters as well as equip boosts to them to augment their attacks. The game’s post-apocalyptic world lends a perfect setting for a battle between machines. 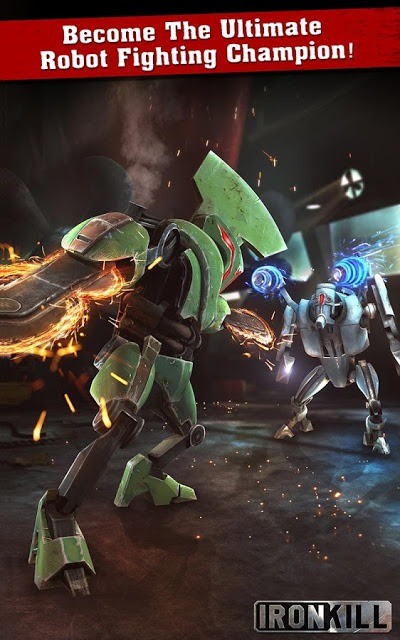 Iron Kill’s fighters have some devastating attack moves and unique abilities. Using the game’s virtual joystick, you can launch quick attacks and take advantage of a fighter’s special moves, such as “Shock Shield” and stun to reduce opponent’s health faster. There’s also a super attack that can be unleashed once your metal fighter’s revenge meter is full. And if you want total domination, then try to make your fighters stronger and boost their attack skills by upgrading them. The game offers research upgrades, which can be used on your fighters to make them more powerful.

Iron Kill has a PvP mode and lets players fight their Facebook friends in special leagues. So go ahead and download this game to your Android device if you have a thing for metal fighters.

In URF, you cannot build a robot, but can form a team of metal machines by collecting cards. You will then have to select 3 best cards from your collection to fight your opponent’s robots in a 3 vs. 3 battles. Each fighter has unique fighting moves and special attacks. 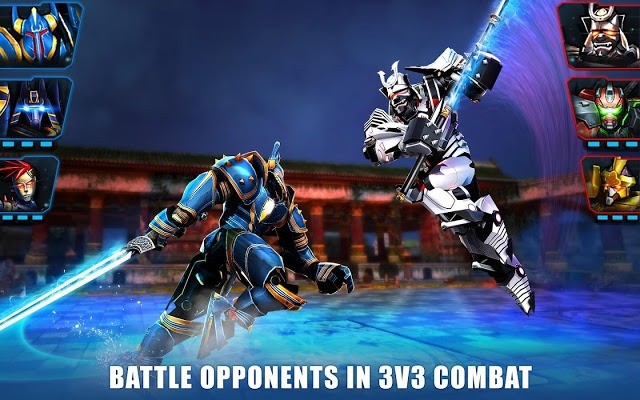 Controls are very similar to games like Marvel: Contest of Champions. You will have to switch between taps and swipes frequently to deal more damage to opponent’s robot. And once the power bar fills, you can unleash a special attack. The game offers various robots whose looks are inspired by gladiators, fire-breathing dragons, shaolin monks, ninjas etc. You can also upgrade your fighters and use power cards to make your metal machines stronger. So what are you waiting for? Go download this game now!

ColoPl’s Battle Robots! brings a nice little cartoon twist to the fighting game genre. And yes it does let you build your own robot from the parts dropped by enemies. You can customize your fighter using various parts, including weapons to make him stronger. The game has simple touchscreen controls. You just have to tap or swipe the screen to attack enemies. Inspired by coin-operated arcade games, Battle Robots allows players to pay coins to begin a stage. You don’t have to pay for those coins as a coin is generated every 30 minutes. 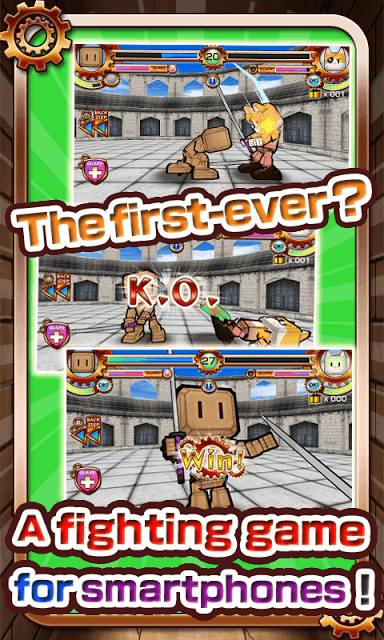 The game’s cel-shaded graphics are a stunner. Cute 3D papercraft robots have a distinctive fighting style and can be equipped with weapons like swords, hammers, clubs etc. There are cat bots, ninja bots, characters inspired by Street Fighter heroes and plenty more. Boss fights can be quite tough to win, which is why you should obtain best parts from defeated fighters and rebuild your fighters before battling powerful bosses. There’s a whopping 400 parts to collect and you mix and match them to create your own fighter. It’s not as intense as other Android robot fighting games mentioned in this list, but very enjoyable. 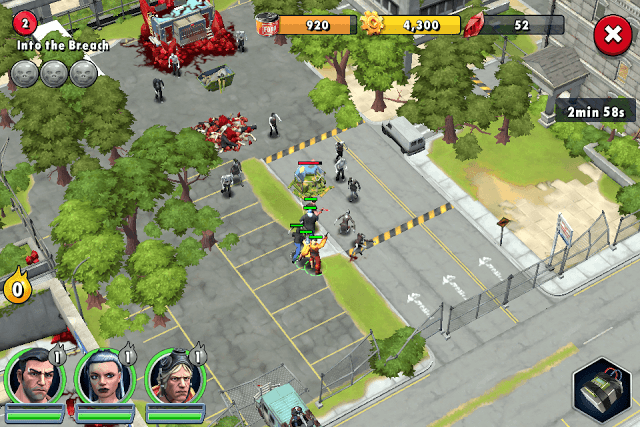 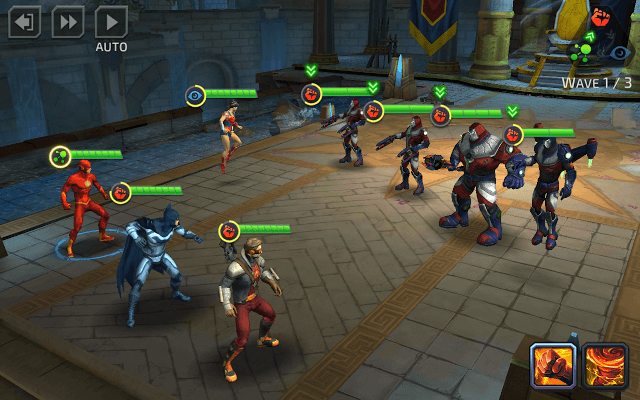 Street Fighter V is in a much better place nowadays, and remains the center of the competitive scene, but it's still hard to compete with the legacy of IV. No other game can anyway, that game brought fighting games as a whole back.﻿

Nice one. I love fighting games so definitely gonna try them. Thanks for sharing.