Magikarp Jump is a tribute to the most useless Pokemon ever. It’s a simulation game set in Hoppy Town, where people are obsessed with this fish’s jumping ability.

Such is the craze that the town mayor has decided to arrange a competition where trainers compete against each other to see whose crappy carp jumps high up in the sky.

As a trainer, your goal is to feed and train your carp and take him/her to battle. You win a battle when your carp jumps higher than your rival’s carp. Complete a league by winning all battles to get lots of rewards.

Much of the game revolves around increasing your fish’s JP or “Jump Points”. Food and training regimens can increase his JPs quickly, which helps him level up and grow faster. There are several ways to boost his JP, including taking help from Poke helpers.

The game also lets you collect rare fishes. Some fishes have unique patterns which can be discovered as soon as they reach a certain level.

You can share pics of such fishes with your friends via social media networks. You can also decorate your pond with objects that can also affect your carp’s JP.

The game is easy to play and has some really cool secrets, such as evolving your worthless Fish Pokemon into Gyarados. Follow these Magikarp Jump tips and strategies if you want to level-up your carp faster and earn more rewards. We also have a handy guide that will help you know more about leagues:

1. Know the Rules of the Game

Your objective is to fish up a Magikarp, feed and train him/her to increase their JP and finally head straight to a league battle to compete against a rival trainer. A fish with higher jump points usually wins a battle.

Your first objective is to feed your carp. Feeding increases his JP and he levels up once the JP bar is full. You can upgrade food items to boost JP.

The next step is to train your fish. Training gives lots of jump points to him. You have 3 training points, which means you can train your fish three times.

TPs refill every 30 minutes, but you might get them for free from a random encounter. Try to unlock helper Piplup to get 1 training point from him.

Aim to max out a carp’s level by training and feeding him regularly. A maxed out fish cannot be trained or fed, and is on its way to retirement. If you are in the middle of a league and maxed out a fish, then you have no option but to use it in every battle until the final boss battle.

If your maxed out carp loses to your rival trainer’s fish in middle of a league, he/she will immediately retire and you will have to catch another fish, feed and train him to increase his jump points and then take him to a battle.

You will need to restart the same league with the new fish, although you can skip all previously played battles. A maxed out fish also retires after winning the last league battle. The retired fish can be seen in the background, watching over new fish, in your pond.

You get exp. points when you win a battle. Experience points fill your trainer’s rank bar. Once full, your trainer rank goes up and all training points are refilled. You get diamonds as rank-up rewards. When you reach a new rank, you can catch a fish with a max level higher than the previous fish.

On winning a league, your motivation bonus increases. This means that the jump points your fish will gain as they grow will be increased by a certain percentage. Every time you win a league, motivation bonus goes higher than the bonus earned from the previous league.

One of the first things to do is upgrade food items to increase their JP. This way, you will also increase your carp’s jump points when s/he gobbles them. Food items randomly appear in your pond, so you should keep upgrading all food items at regular intervals.

Tap “Town” > “Food” and then tap the upgrade button beside each unlocked item. You can unlock more items as your trainer rank goes up. You will gain more JP with new food types, so it would be a wise option to upgrade newer items if you want lots of jump points per upgrade.

3. Use Up All Training Points If You Want to Level Up Quickly

Training sharply raises your fish’s JP. However, you only get three training points (TPs) and may get a bonus point on some random encounters that appear after training is complete. If you want to level up your carp quickly, then try to use up all 3 points to train him/her.

While it can take some time to refill a TP, you can still take the risk of using all TPs as there might a good chance to regain a bonus TP on a random encounter. Events in a random encounter, such as mayor’s massage, restore 1 TP. Your training points also recover when your trainer rank goes up.

Along with upgrading food items, do not forget to level up training regimens. New regimens become available after reaching a particular trainer rank.

For example: the Timber regimen will unlock once your trainer hits rank 8. Training regimens and results are random, which is why you should try to upgrade all unlocked regimens. You never know which regimen gets selected for training.

5. How to Get More Coins

You will have to save lots of coins to purchase new food items, unlock new training options and upgrade them. There are several ways to get coins, and you don’t have to spend real money to get them:

Look for orange and red pokeballs in your pond. They will appear on random occasions and usually contain coins. Just tap them to get your rewards. Red pokeballs contain more coins than orange pokeballs.

You may also get coins (or diamonds) when your magikarp grows and his pattern becomes clearer.

Finish achievements to earn bonus coins. Tap “Menu” when you see a tiny number appear above it and then tap “Achievements” to claim your rewards. The tiny number shows the number of completed achievements.

You can earn coins from random encounters that appear soon after the training session is over. You also earn coins after winning a battle.

In Magikarp Jump, random events appear just after training is over. While events such as “Mayor’s Massage” are quite rewarding, certain encounters such as “All That Glitters” and “Out of Nowhere” can be a bit risky. Usually such encounters have two options and there are 50-50 chances of getting rewards or being lured into a trap, snatched or killed after accepting such events.

I always tap the “Leave It” button if I have a maxed out fish. I can’t take any risks as I don’t want to lose my prized, higher-level fish in the middle of a league. As the saying goes, “Better safe than sushi!”

Pokemon Helpers can assist you in various ways. For example: The adorable Pikachu gives the much-needed JP boost just before battle, whereas Piplup awards 1 training point when you tap him. You can also see Pikachu lazing around outside the pond. Just tap him to het loads of jump points.

You can also get special helpers in Magikarp Jump, but you will need to spend lots of diamonds to get one. Save diamonds only for Poke Helpers.

Sprucing up your pond with decorations is one of the passive ways to speed up your fish’s growth and get other benefits. There’s no harm in a little makeover, especially if it ends up boosting jump points. However, not all decorations end up providing a JP boost. Some items increase the amount of coins received from events, whereas others improves trainer EXP points and raises the number of food items appearing on the pond. To see a list of decorations, go to “Town” and tap the diamond shop button.

You can purchase items with diamonds or win leagues to unlock them. Scroll down to see a list of items that can be earned from leagues.

To place decorations, tap “Menu” > “Decorate”. Next, tap a red circle to place a new item or change your current item’s position.

You can also change your pond’s theme. Tap the “Themes” button and choose an unlocked theme to enable it. New themes are unlocked when your trainer ranks up. 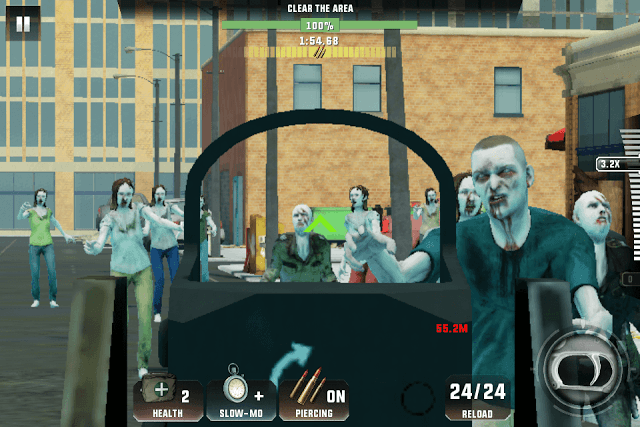 Next
Kill Shot Virus: Tips and Strategies to Get More Kills and Rewards
Click here to cancel reply.