My Talking Angela 2 is Coming Soon!

A sequel to the hugely successful My Talking Angela, My Talking Angela 2, open for pre-registration on Android from today, builds upon its legacy with a unique blend of care-taking, playful customization, and exciting interactive activities – such as baking, dancing, travelling and making music. Blurring the lines between virtual pet games and simple life simulations, fans are invited to start a new adventure with Talking Angela as she moves to the city.

My Talking Angela 2 builds on the legacy of the original game, offering a unique blend of care-taking, playful customization, and exciting interactive activities. Blurring the lines between virtual pet games and simple life simulations, the new game invites fans to start a new adventure with Talking Angela as she moves to the city. With immersive animations and beautiful visual effects, this is Angela as players have never seen her before.

Players can discover the magic of true friendship as they dress up and get ready with Angela – as only BFFs can – playing with the thousands of customization options along the way. There are dance moves to learn, music to play, cupcakes to bake, new cities to visit, and so much more.

“My Talking Angela 2 is more than just a sequel; it’s a meaningful expansion on our vision for Angela that fans have been asking for. She’s like a best friend you can keep in your pocket,” says Jaka Robnik, Director of Product Management at Outfit7. “And with the amount of customization options we’ve included, players of all ages, genders, and backgrounds can truly express themselves and make Angela their own.” 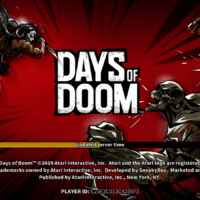