Monster Super League is a monster-collecting RPG. Gameplay is similar to Pokemon Masters. Developed by 4:33, the game takes players to the world of Astromons – cute cuddly creatures that possess special powers. Players have to travel to different regions to fight enemies, catch the best ones using a special “Astrogun” and battle rival Astromons in the league.

The game has amazing 3D visuals and the dazzling animated battles will surely keep you glued to your screen until the wee hours. With the help of these tips, hints and battle strategies, you will be able to choose the right monsters, build a better squad, use gems for the right creature and catch the best Astromons:

1. How to Build a Robust Squad Before Battle

There are five different types of elements: Fire, Water, Wood (Green Leaf symbol), Lunar and Solar. Each Astromon belongs to a particular element, which may be weaker or stronger than the enemy astromon’s element. Fire is stronger than wood. Wood is stronger than water and water is stronger than fire. Solar and Lunar are stronger than each other, and they don’t have much of an effect on the first three basic elements.

If you have a team of creatures whose elements are stronger than enemy creatures’ elements, you can win a battle pretty easily. A creature whose element is stronger than the enemy creature’s element will deal more damage to him. Your first objective is to build a team of stronger elements before attempting a stage. Before trying the strategy given below, make sure you have collected several Astromons:

1. When you begin playing, the game reveals possible enemies that you may encounter in a stage. Check the enemy lineup in the “Vs.” screen (See screenshot below).

2. Mentally note down each enemy’s elemental symbol, which can be seen at the corner of enemy icon or portrait picture. Now try to build a team of creatures whose elements are stronger than the enemy squad members’ elements.

If 2 enemies belong to Wood element, and the other two belong to Water element, then have two Fire Astromons and Two Wood Astromons in your team. If there are 4 different elemental creatures (Fire, Wood, Water and Solar or Lunar) and try to have all 4 elements in your squad.

3. When battle starts and if it’s your turn, tap to select the weak element enemy monster and then tap a strong element creature in your team to deal more damage to him.

There are several such Pokémon-like games available on the Google Play Store. Do read our Stoneage World guide if you love monster collecting games.

2. Some Astromons are Stronger in Certain Regions

3. How to Catch the Best Astromons

While battling Astromons in Monster Super League, you may stumble upon a rare monster. You can catch it before starting a battle provided you have a better catch rate and some luck. Do remember that you cannot capture a defeated monster. Here are some basic tips to catch an Astromon:

Make sure you have enough Astrochips. You will have to shoot an Astrochip towards a monster to catch it. You can have a maximum of 3 Astrochips. If you have used up all 3 chips, then you should Turn on “AutoFill Astrochips” located just above the “Battle” button in the Vs. screen. Every time you use a chip in a stage, a new Astrochip will be bought automatically at the start of the next stage. One chip costs 500 gold.

When you tap the Catch button on the battle screen, the game will display key information about each monster, including its element, rarity and the success chance. You should tap to catch a monster that has more stars or belongs to an element that you still don’t have in your collection. You can tap the cancel button if you don’t find a monster of your choice.

4. Use Gems to Boost a Monster’s Weak Stats

You can insert gems into a creature’s gem slots to boost his/her stats. Adding 3 gems of the same color will give you a set bonus. However, each creature’s slots aren’t of the same shape and you will have to insert a gem whose shape matches with the slot’s shape.

Each creature has a unique class. Tanks have high HP, Attackers have high ATK, Defenders have high Def etc. Each gem also offers a unique stats boost. Before placing a gem on a creature’s empty gem slot, note down his/her stats and class and the stats boost each gem offers. So if you want to permanently boost a Defender’s DEF class, you can use a gem that increases defense by a certain percentage. You may also do the opposite – augment weaker stats of a creature. An Attacker usually has low DEF, so what you can do is place a Def boost gem into his empty slot to increase his Defense stats.

Note that if you want to replace an old gem with a new one, you will need to spend gold to “unequip” the old gem. Do not try to put the new gem on a gem directly as any gem in the slot will be destroyed.

Try to upgrade a gem to make it more powerful. The more stars a gem has, the stronger it is. Once it gets a new star, its stats boost also gets upgraded. One of my Gems of Tenacity’s Attack boost was improved from 6 percent to 7.5 percent when it was upgraded to 3 stars.

5. How to Get Stats-Boosting Gems

Each region contains a unique type of gem. In Phantom Forest, you will find pink Gem of Tenacity gems, whereas Lunar Valley contains brown Gems of Fortitude. To know what gems are available in a region, tap the Gem Info button after selecting a region on the map. Keep completing stages and fighting enemy creatures to get gems from different regions.

You can also purchase such gems at the “Shady Shop”. You will need gold to purchase gems. The shop refreshes to bring new items every few hours so what you see now may not be available after a few hours and will be replaced by other items. You will also have to reach a certain player level in order to unlock gems and only then you can buy them. Besides Gems, you can also buy starstones, star fruits and secret eggs, which you can be hatched at the Incubator under “Summon”.

6. Select Auto-Play If You Are Replaying Stages

If you have a strong team, then you can tap the in-game auto-play option to let AI battle enemy creatures. You get plenty of combos in auto-play mode. Try not to turn on Auto-play in Boss stages as you may have to plan and use the best abilities of your current squad to defeat him before he defeats your astromons. However, you can freely opt for auto-play in case you are replaying normal stages of previously cleared regions.

7. Eight Ways to Get Astrogems

Astrogems can be used to summon astromons. Once you have enough Astromons, go for the 10-pack summon as you will receive a guaranteed variant. Here are some ways to get Astrogems for free:

1. Search and tap Nezz the cat hiding on your airship. You will see an exclamation mark above the creature. You can get at least 3 astrogems.

2. Finish “Capture” quests, which are available under “Quests”. As the name suggests, Capture quests grant
Astrogems once you complete a capture task. Such tasks include catching a Fire Astromon in Normal mode, Catching 3 Water astromons in a region etc. The Minimum number of Astrogems you can receive is 5 and the maximum is 100.

3. Certain “Challenges” can also grant Astrogems. Tap the Quests icon and then tap the “Challenges” tab. Note down those quests that will earn you Astrogems.

4. Few Monthly and Weekly quests may also get you Astrogems. Keep an eye on such quests and complete them to get them for free.

5. The 4th stage of a region may grant you plenty of astromons if you complete it. But enemies can be tougher to beat. Take your best squad and check Tip No. 1 on how to select a team as per the enemy line-up in each stage.

7. Login Daily to get rewards. Login rewards include Astrogems, but at certain days, such as Day 7.
Astromons can also be summoned for free. Tap the Special Shop icon and check to see if a free summon is available or not. A free summon usually grants 1-3 star Astromon.

8. When you hatch an egg at the Incubator or get a new Astromon via Special Shop, quickly head to “Astroguide” and tap the “All” tab. You will see a tiny number on this tab as well as on the top of an element icon. Tap the element icon with a number on top of it and search the newly recruited creature. If it’s a totally new creature, then you will receive Astrogems as reward. New Astromons usually have a “Reward Available” tag above them. Just tap on their portrait pic to those rewards. 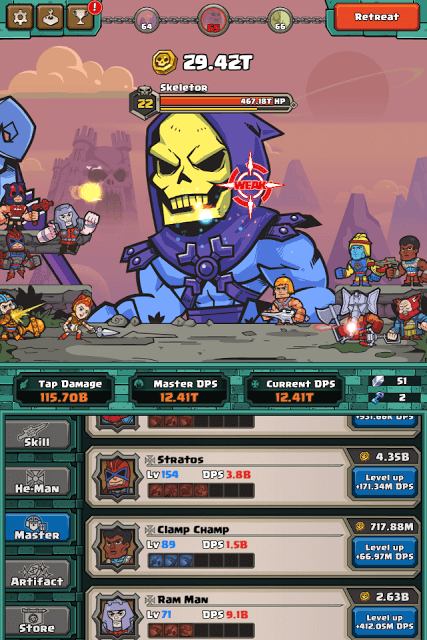 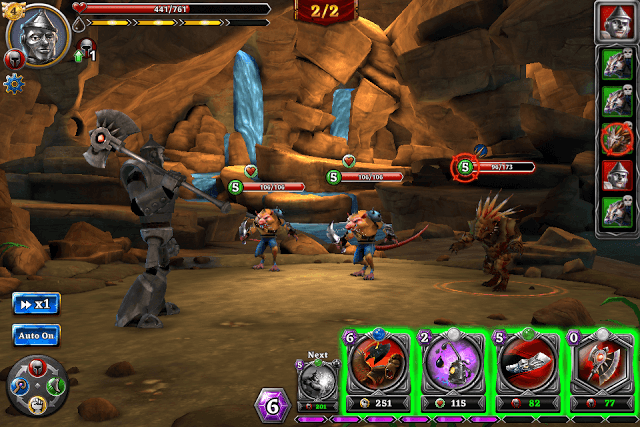