Mino Monsters 2: Evolution is a monster battle game that lets you collect cute-looking creatures, evolve them into stronger Minos, explore islands and unearth secrets. There are plenty of special events and a nice PvP mode where you can fight other players for a chance to earn trophies and rank up the leaderboard.

Lately there have been several monster collecting games such as Creature Quest and Monster Super League released for Android. You should try them out if you are into Pokemon-like games.

Graphics are neat and the game looks like a kid’s animated show. Hilarious cut-scenes in-between battles show your progress and give a glimpse of the story. The game can be quite addicting once you know how to make the most of crafting items, your Minos and their abilities. Here are some quick tips and tricks that may help you win monster battles and collect rewards:

While battling an enemy, tap on the arrow button located at the bottom left corner of the screen to choose the strongest creature. Select your Mino having a “Strong” label, but before that make sure you have at least one energy unit. You will need energy to switch to a new monster.

To earn energy you will need to use the current creature to launch an attack. Tap on the enemy to get energy and coins. Once it drops energy, press the arrow button and choose the strongest monster type. Switch to a stronger creature every time a new enemy appears on the battle screen.

If you don’t find a “Strong” monster type, choose the one that belongs to the same element, maybe a higher level creature. For example, if the enemy belongs to Fire element and you don’t have a Water element Mino, then choose a Fire element monster if you have it in your team or someone else. Just make sure you don’t choose Earth as the Fire element enemy will deal more damage to your Earth monster.

You may also craft a special energy potion before going to battle if you have 3 energy flowers. These flowers may be earned as loot after the completion of a level. Replay old levels to get a chance to win energy flowers. However, chances of getting energy are more if you attack enemy Minos.

2. Where to Find Berries

Berries are used to trigger instant evolution of a Mino Monster. You will need to find a special type of berry for each monster. For example, monsters belonging to the Fire element require Fire Berries to evolve whereas those belonging to the Air element need Air berries.

You will need a certain number of berries before you can evolve them into a stronger creature. Zuppy needs at least 5 air berries to evolve into a different form. So in case you don’t have enough coins to level up and then evolve a monster or are a bit impatient, go for a berry hunt (Read: play more levels, old and new), collect them and evolve your creatures faster. Here’s how to find them:

To find berries, go to “Team”. Tap on a monster and then tap on the Berry artwork.

You will find a list of locations or events where you may get a berry:

Once you have accumulated a few hundred coins, head straight to “Team”, tap on a monster and press the “Level-Up” button. Level up each creature on your team and make sure you take all monsters with the same level. Maxing out a creature’s level will evolve it into a more powerful monster. Keep spending coins to reach the max level. For example, Blazel needs to reach level 25 to evolve into a larger and stronger Mino.

You can play PvP battles if you want to earn extra coins or keep replaying previous levels to earn them faster. Replaying old levels four times will also grant a mega chest. After tapping on a level, look for the ticks and cross just below the “Battle” button. Keep replaying the same level until all “X” marks are turned into ticks. Once you have replayed the level 5 times, you will receive a chest filled with materials and other goodies. Tap on the chest to claim rewards.

After replaying a level 5 times, you will unlock “Hard Mode”. Tap on the Hard Mode button and the level banner will change to red. Playing a level in higher difficulty will earn you uncommon or rare rewards. Just make sure your monsters are leveled-up and evolved before trying out the Hard mode.

You will need materials to craft items such as keys, health and energy potions. These materials can be collected by playing story-based levels and PvP missions. Keep playing older levels as well as new levels to get crafting materials and go to Shop to craft new items using them:

Keys are used to open reward chests. They are refilled after a few minutes but in case you need more keys,just use bronze to craft them via Shop. All you need is 2 Bronze nuggets. Chances of nugget drops are more in PvP missions.

Used to heal a Mino by 50 HP. You will need 3 red health flowers to craft a health potion. The health potion appears on the battle screen. Tap on it to refill a monster’s health. Use it when your Mino’s health is less than 50 percent. If your monster faints, then you will have to use the purple Revive potion to bring it back to life. Always have health potions with you.

You will need 3 energy flowers to craft this potion. Use it when a monster or monsters don’t drop energy.

5. Use Candies to Tame Minos:

Candies are used to tame and capture Minos. After crafting a candy, you will see it appear on the battle screen. Chances of capturing a monster are more if its health is low. So wait for a monster’s HP to go down a bit and then tap on the candy icon to tame a Mino. However, each candy has its limitation. The Green

Common candy can only tame common monsters whereas the Purple epic candy can capture Epic monsters. To create a common, rare and epic candy, you will need the following materials:

6. How to Get Crystals

Crystals can be found on islands, and are collected after completing quests or from Items chests. You can also get them via special events. Crystals are used to craft candies, which can then be used to capture common, rare or epic monsters. Here’s how you can get crystals:

Red Sugar Crystals are found on all islands mentioned above as well as from the Candy Cove Quest and the Item chest. You may also get red crystals as random drops from defeated monsters in some levels.

Purple sugar crystals can be found in Volcano, Earth, Electric, Fire and Mountain

Blue Sugar Crystals, although rare, can be found on all 7 islands plus the item chest.

Login every day and you may receive sugar crystals some day.

Keep an eye on Daily Quests and try to complete them before the timer resets. Daily Quests offer simple tasks like completing a set number of PvP and story-based battles, taming Minos, selling or leveling-up monsters. You will be handsomely rewarded for each finished task. The rewards and tasks are randomly chosen after the timer resets.

8. When Should You Use Your Mino’s Skill

When fighting an enemy, keep an eye on the skill profile at the bottom right corner of the screen. The skill gets activated when you have energy. Tap on the skill to launch a special attack. Use the skill when you are battling a boss or when your monster’s health is too low and you need to defeat the stronger enemy ASAP.

Have more monsters with high Defense in your team. High DEF monsters take less damage. Go to “Team” and tap on a creature to check its stats. Note down each creature’s defense stats and add those that have a higher Def value than others.

Play the “Treasure Fields” event to earn bronze nuggets. Use them to craft keys.

Equip your creatures with items like paper hat, glass lid etc. These items can be received as drops or rewards from loot chests. In “Team”, tap on a creature and then select “Equip”. Tap on the blue equip button and choose an item. Most items require monsters to reach a certain level before you can use them. Items will give your monsters extra abilities in battles. 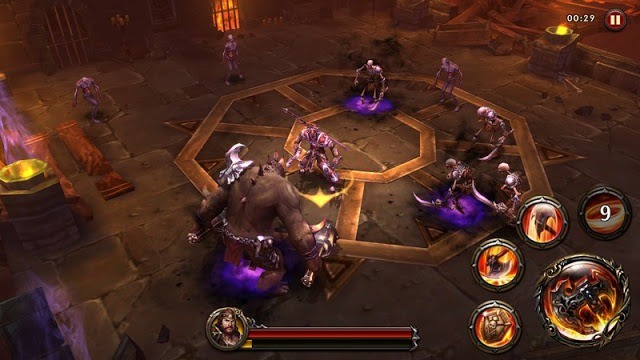 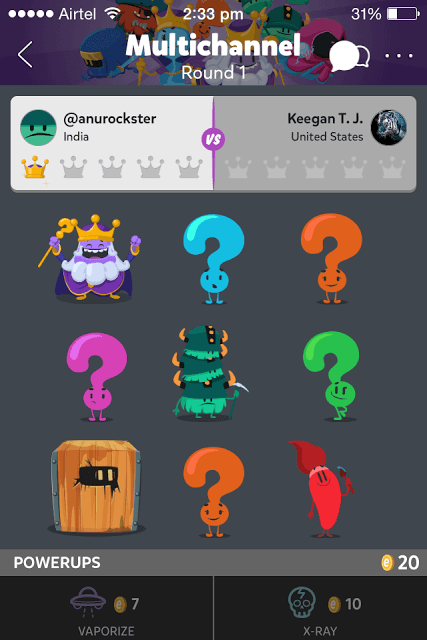 Next
How to Win at Trivia Crack Kingdoms: Tips, Hints and Cheats
Click here to cancel reply.