Might & Magic: Chess Royale is a massive 100-player Auto Chess-like game for mobile. Featuring your favorite units and heroes from the M&M universe, Chess Royale lets you fight 99 other players in quick 10-minute real-time auto battles. All you have to do is choose the most powerful units, place them on the chess board and make the most of synergies to defeat your opponents. But that’s not all, you will also be casting unique spells to vanquish opponents and merge identical units to upgrade your heroes. Watch your heroes unleash deadly Ultimates once their mana bar is full and create deep strategies by positioning tank, ranged and melee units strategically on the game board.

You might be familiar with the rules and gameplay if you have played games like Chess Rush and DOTA Auto Chess. If you have just started playing Might & Magic Chess Royale, then you should know more about its interface. And once you learn the basics, read our tips and strategies to reach the top 5 players in this massive auto-battler.

Getting Started – The Interface

1. Player avatar, countdown timer before battle begins, active synergies and the total battle time are displayed on top-most part of the screen.

2. Next to each player’s avatar are the health points (HP), Each player gets 3 health points. When a player is defeated, the damage point is deducted from player’s HP.

3. The number just below the countdown timer is the damage point that will be deducted from the defeated player’s total HP. There won’t be any damage point in the first round.  Damage points come into play from the second round onwards.

5. The number of survivors or players who have made it to the top “X” is shown on the top-left corner of the screen.

6. Below the “Top X” are class/faction symbols with their synergy levels. When a synergy is activated the empty bars or levels beside a synergy icon or symbol fills up. You will also find incomplete on non-activated synergies on this part of the screen. You can tap on each symbol to get detailed info about each synergy.

7. The left side of the screen has three symbols – synergy, spell and stats. Just below synergy is the spell book symbol. Tap on this symbol to see a list of purchased spells and the number of turns they will remain active.

The last symbol is that of stats of your most active units during combat.

8. The XP gauge, your current level and the unit cap/units placed on the board is shown on the lower-left corner of the screen. You can spend coins to purchase XP or wait for the battle to end to get 1 XP at the end.

10. The spell book, “Shop” and the amount of coins are displayed on the lower-right corner of the screen. Tap the spell book to purchase a spell.

11. You can tap on the shop to purchase a new unit before a battle starts. Make sure you have enough coins to purchase units.

12. The platform behind the chessboard on the bottom of your screen is the bench. The bench is where your purchased units are kept. You will have to drag a unit from the bench to the board to play it.

Level Up to Get Rare Units from the Shop

The probability (in percentage) of rare units appearing in the shop is shown on the bottom of the screen. This list (common/uncommon/rare/mythical) appears when you tap on the shop or when the list of 5 units appear just before a battle. The probability stats are based on your current level.

Tip: You can always shuffle the list to bring a new crop of units by spending a coin if you don’t find a powerful unit in the current list.

Note that units are limited in number and so a popular unit won’t be available for long.

In Might & Magic Chess Royale, the best strategy is to place the strongest unit on the frontline, so obviously Guardian units, such as the Battle Dwarf, Treant, Cyclops, Lava Elemental and Fire Giant should always be placed on the frontline.

While a unit’s class (guardian/tank, warrior) can help you decide the position on the chess board, you should also consider a unit’s range. When you place a unit on the game board, you will notice that the squares on the board light up.

The number of squares being lit up shows a unit’s attack range. Usually, tank and melee DPS units range is low whereas ranged DPS character range is high, which can be clearly seen from the glowing squares when you tap on each of these units.

A ranged unit should always be placed on the back and melee DPS/tank units on the front. When combat begins, melee units will be the first to charge at their enemies and fight whereas ranged units will move a few squares ahead or just stay put just stay put and attack from a distance, especially when enemy units approach your territory.

You can combine units if you own triplicates of the same unit. On the shop screen, the word “merge”
will flash below units, indicating that if you purchase them, you can combine with the existing unit.

Merging units will make them stronger. A unit merged for the first time will gain 2 stars and when merged for the second time, it will gain 3 stars. Each time a unit gains a star, its stats increases greatly. The stats of a unit’s “Ultimate” or sill also increases.

Since a set of 5 random units are shown on the shop screen, you might have to shuffle the list to bring fresh batch of units.

When Does a Unit Unleashes an Ultimate?

An Ultimate is a special ability with a powerful effect. Each unit has a unique ultimate. You can view a unit’s ultimate from the home screen > game guide > units.

A unit automatically unleashes its ultimate when reaching 100 mana. A unit’s mana bar is located below its health bar and when the mana bar is full, it casts a special ability. A unit gains mana when it attacks and is attacked by an opponent’s units.

How to Earn More Gold

In Might & Magic Chess Royale, gold is used to buy units and is also used to purchase additional XP for leveling up faster.

You will also obtain bonus gold as you survive a round. You will begin earning +2 gold as survival bonus when you are among the top 99 players.

If you defeat an opponent, (I.e. an opponent’s health points is reduced to zero), you will earn a +3-slayer bonus gold.

Purchase Spells When You Reach Top 99

Because each player has only 3 health points, defeat could be very quick if a player does not have stronger units on the chessboard and he doesn’t make the most of spells.

You will get access to spells when you are among the top 99 players in Might & Magic Chess Royale. Tap the spell shop, which is located just above the “Shop” on the lower-right corner of the screen.

You will notice two random common spells unlocked for you. Spend coins to use them. Each spell has a limited number of turns – you can increase that by buying more of the same spell. Spells are limited in number, so make sure you purchase them before other players grab them.

You can unlock rare and legendary spells once you reach Top 50 and Top 10 respectively.

Make sure you know the advantage of a particular random spell before using it. Since spells are randomly generated, you will have to wait 12 hours to get a new list of spells. Until then, the same spells will appear in all real-time matches. 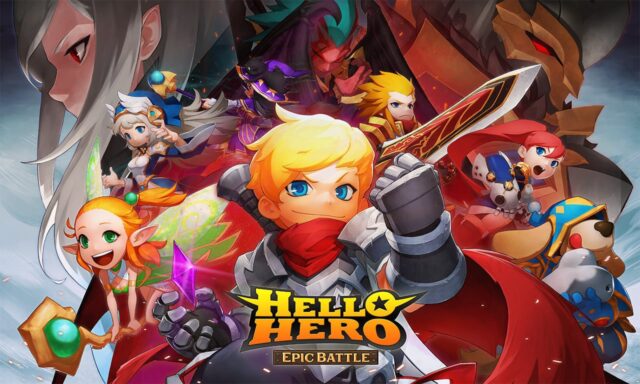 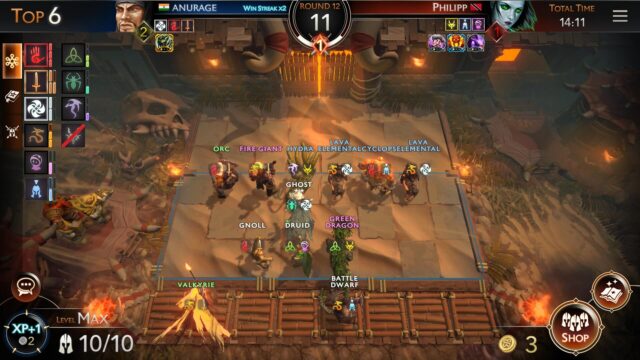