If you thought, Marvel Future Fight is the most complete Marvel-themed Android game ever launched, think again. There’s a new MOBA game and it’s just awesome. You can learn more about this game in our Marvel Super War Class guide.

Future Fight reminds me of Avengers: Ultimate Alliance, although UA’s gameplay is rich, deeper and more entertaining than the mobile beat ‘em up.

The game boasts plenty of collectible superheroes, each having its own 3D profile and animated action sequence.

Gameplay is somewhere between a traditional free-to-play that relies on energy and an action-RPG. Missions are fairly linear. You travel from point A to point B beating up bad guys and finally run into a boss.

Boss fights are the most exciting part of gameplay because you get to confront a variety of supervillains from the Marvel universe. There are some twists and turns in between missions and some dialogues exchanged between superheroes, giving you an idea of the entire storyline.

The game is quite easy to play, but you may need to make your team stronger if you want to win missions. These Marvel Future Fight guide, tips and tricks will help you build a powerful team, get higher team bonuses, choose the correct control system, find biometric locations and beat up powerful villains by taking less damage.

1. Try to Mix Up Heroes to Get Higher Team Bonus

Adding heroes to your team will give you team bonus, which boosts your team’s attack and defense stats. However, some team bonuses provide higher stats than others.

In my case, having Iron Man, Black Widow and Hawkeye on my team boosted my team’s attack and defense by 1.6 percent. I mixed up my team formation a bit and replaced Hawkeye with Captain America. My team’s attack stats got a +1.5% boost.

Clearly the first formation proved more beneficial for my team than the second one. Always try and experiment to get that perfect team combo to achieve higher attack and defense rates.

2. Which Control is Better: One-Touch or Control Pad?

Choose the control type that suits your play style. However, I found the on-screen control pad much better than One-Touch.

I have complete control of my hero’s movements and can attack multiple enemies by taking less damage. Since Marvel: FF is a plain button masher; the control pad will be more suitable for gamers than the one-touch system.

If you have selected the control pad system, you just need to press the big attack button once and your hero will automatically choose his/her target.

3. Where to Find Biometric Location of Your Heroes

Biometrics can not only be used for recruiting new heroes but also for ranking up recruited heroes.

Collect their biometrics and rank them up to increase their overall stats. You will also get to unlock additional skills if your hero reaches a certain rank.

You can find out where your hero’s biometric is located by going to Home> Inventory > Biometrics tab and tap on a hero’s profile pic with a number on it. You will find two buttons on the Item Info section: Sell and Location.

Tap on the second button to find out elite missions that need to be completed in order to get his/her biometrics.

Tapping on some hero profiles won’t show the location as they are available via Dimension Rifts, Chests or Tokens.

4. Choose a Hero with a “Type” Stronger Than the Main Boss and His Minions

In Marvel: Future Fight, each hero and villain belong to a special “type”. There are 4 Hero Types: Combat, Blast, Speed and Universal. Each type is stronger or weaker than the other. The correct hero type sequence is as follows:

b. Speed is stronger than Blast (Blue Hand icon)

c. Blast is stronger than Combat

Now how to make the most of these hero types: Memorize the chart above and before tapping on the “Start” button to begin your battle, look to your left to find the list of bosses and their minions your heroes will encounter in the arena.

You can see their type on their profile pictures. Note down their types.

Now go to My Team and choose heroes with the opposite type. When battling minions, just switch to a hero whose type is stronger than their type.

Once you reach the boss’ layout, quickly switch to a stronger hero type. You can switch to a hero anytime by tapping on his/her profile pic located on the left hand corner of the screen.

5. Give Your Hero Some Rest to get Best Condition Status

Add a new hero to your team to give your current hero some rest. This will help him achieve “Best Condition” after some time. Heroes with the “Best Condition” status collect extra gold and EXP points for at least 10 missions.

They also gain more EXP when you use EXP chips to level them up quickly. Remember that giving your old hero some rest and adding a new hero to your team will alter the team bonus stats. So make sure you use replace your current hero with a hero of the same type to keep team bonus intact.

6. Reason Why Should You Go For a Gear Upgrade First

You should always go for a gear upgrade because materials for ranking up gear can be easily acquired by completing normal missions.

Even if you replay a normal mission several times, you will find it much easier to complete than elite missions. Of course that doesn’t mean you shouldn’t play the latter.

You will receive bigger rewards, including biometrics. The best strategy would be to play and replay normal missions, complete them to collect gear materials, upgrade gear to make your heroes more powerful and then play Elite missions.

Go to My Team, select a hero from the list at the bottom of the screen and tap on Gear.

No matter what hero you choose, you will have four items to upgrade and each upgrade will improve your hero’s physical attack, physical defense, attack speed/critical hit, skill cool down, HP etc.

Make sure your hero has reached the required level before upgrading his gear.

There’s one free Dimension Chest that can be opened daily.

You may receive a hero, biometrics (for unlocking heroes) or ISO-8 to make your heroes stronger. Tap on the “Free” button to get a surprise reward every day.

Each hero has a unique skill that can inflict massive damage to enemies. Some do area of effect damage and can be extremely useful if you are surrounded by multiple enemies. Always upgrade your skills after each level or mission.

Tap on your Hero’s profile pic on the bottom of the My Team page and tap on “Skills”. Next, tap on the plus sign to see how many coins will be required for a skill level-up. Each tap will increase level and the total coin amount. Upgrade each hero’s unlocked skills. Don’t just focus on one skill.

10. Daily Log-Ins Give You More Than Just Coins and Materials

Besides daily log-in bonuses, you also get a chance to participate in some events that just require to “check-in” daily to unlock powerful heroes.

For example: You can unlock and recruit Iron Man Mark 44 (Hulkbuster) if you log-in daily for 7 consecutive days. Each day you will get 2 free biometrics and 4 each on 5th, 6th and 7th day. Don’t forget to claim biometrics and other rewards via the mail box before they expire.

If you love Marvel-themed mobile games, then we are sure you will love a new game called Marvel: Strike Force. It’s a tactical team-based RPG and our guide will help you know more about this game as well as win missions and earn rewards. 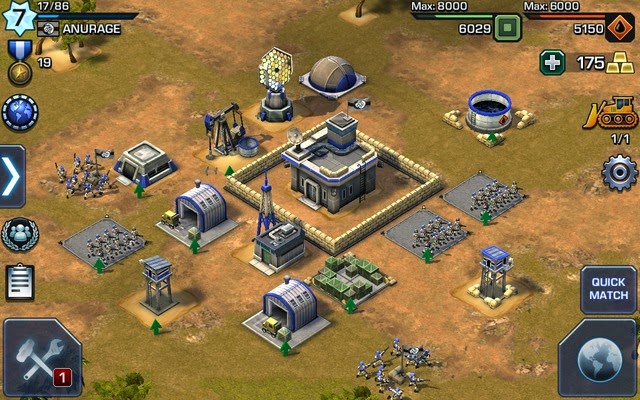 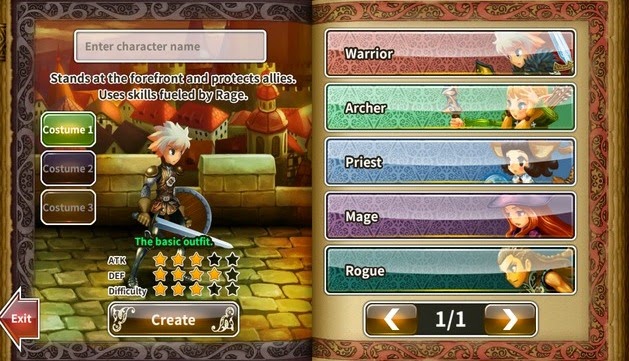 Next
Dragon Blaze Tips and Tricks to Make Your Characters Stronger
Click here to cancel reply.

I was playing on my Android and I finally got my new IPAD 97. Can you transfer the data or start over?