How to Win the Gem Grab Event in Brawl Stars: Tips and Hints

The very first event of Brawl Stars is pretty fast-paced. It has a smaller map and the battles can be really very intense. Your team, comprising of three random players from around the world, will battle three players in the quest for purple gems. The objective is to collect 10 gems and the team that collects all ten first wins the match. Once your team collects the required number of gems, a 15-second timer will be displayed on the screen. If you and your squad members hold on to these gems for these fifteen seconds, your team wins. 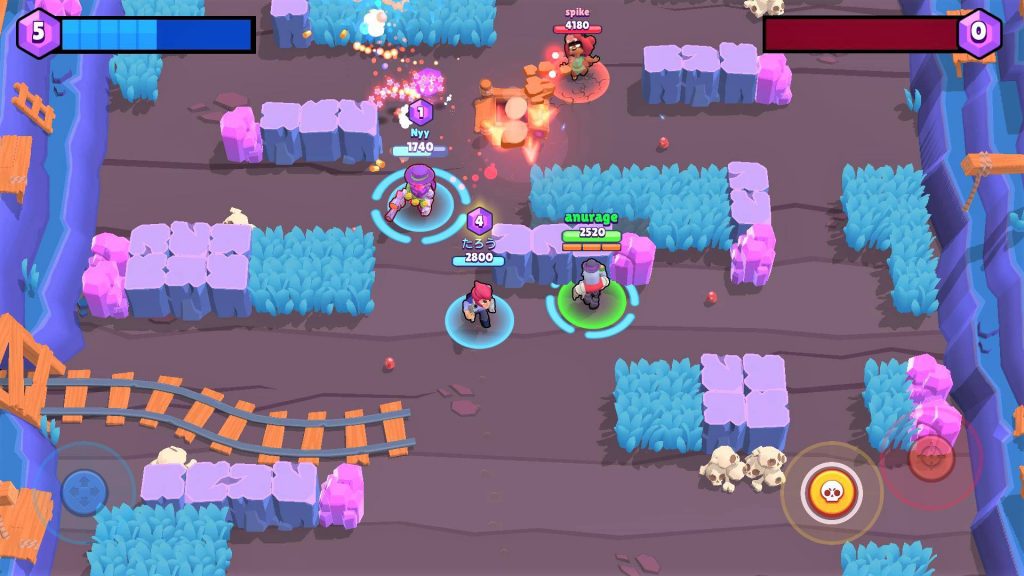 Gem Grab matches can be pretty fast and so it won’t be easy to have one straightforward strategy to win this event. However, it’s very important that all three players in a team understand their role and just don’t go gun blazing blindly. A long-range player should know his role and should attack from a fair distance. Jumping into the battle with other players makes no sense as most long-range characters have low HP. A player who has selected a tank character, must attack enemies and take damage while other players in his team collect gems from the hole. If you want to know the role of each character, just go to Brawler, tap a character’s portrait and then tap the “i” beside his/her stats to know their attack style. These basic tips and hints might help you come up with a proper strategy to defeat enemies in Brawl Stars.

1. Capture and Guard the Hole

It’s all about team work and it would be easier to win if you know your roles. At least one of the team members should guard the mineshaft and collect gems popping out from it. If everyone keeps attacking by moving close to enemy spawn points, then it would be difficult to win a match. One should be the gatherer and others should be hunters stopping enemies from reaching the mineshaft. Here’s how to do it:

In the Gem Grab 3 vs. 3 event, purple gems pop out from the hole in the middle of the map. To collect more gems and reach the 10-gem target, guard this hole while your teammates attack enemies. Of course, it’s easier said than done in a fast-paced MOBA game like Brawl Stars, but there should be an attack and defense strategy and one of them should play the role of a collector whereas two others can defend him by attacking incoming enemies.

Gems keep popping out from the hole at regular intervals. You will always have to be close to the mineshaft and collect them while other players in your team take care of enemies. The strategy is to stop opponents from reaching the middle of the arena map so make sure two members from your team attack any incoming enemies by moving closer to their spawn points and at least one member constantly guards the hole and collect gems popping out from it.

When the battle begins, don’t rush towards the hole. Your enemies will do the same and it will lead to a confusion. If your enemies are cleaver, then they will stand at a distance and attack your team. Let your enemies enter the danger zone, i.e. near the mineshaft and then blast them. Make sure you and your teammates launch an attack together. If you have chosen a long-range character then make sure you hide in bushes, or behind rocks to attack from a fair distance. You can select long range characters such Barley, Poco or characters that can deal damage to multiple enemies from a distance such as Nita or Colt if you want to play the waiting game and attack enemies that are closer to the mineshaft. Colt has a high DPS and a very long range, but just make sure you don’t get closer to enemies as he will be defeated in now time all because of is low HP.

When you are close to the mineshaft to collect gems, the other two members in your team should move past the hole and stop enemies from getting closer to it. By employing this strategy, i.e. attacking a bit late, guarding the hole, collecting gems, chances of your team winning the Gem Grab event would be higher.

3. Avoid Being Attacked When You Are Holding More Gems

In Brawl Stars, holding on to your gems is as challenging as collecting them. When you hold several gems, you should be careful not to be your enemy’s target. A defeated brawler will drop all gems so make sure you aren’t knocked down by your opponents. You will respawn, but all gems held by you will be dropped and your enemies may collect them.

Try not to take any risks, especially when the total gem count of your team is more than 6 and you are the one holding several gems. Leave the attacking to the other two players and quickly move to a safer spot, probably close to the spawn point or the corner behind a rock or bush. You can also hide in a bush. If your team member holds max gems, then it’s your duty to protect him. You and your team mate should make sure no enemies come closer to him.

The number of gems collected by a brawler is shown above him, which is why it will be easy for your opponents to hunt down a brawler who has more gems with him. Keep an eye on your partners and check who holds more gems. If it’s your enemy, then all three should attack him first.

4. Perform a Quick-Fire Attack If Enemies are Closer

When you tap the screen repeatedly, you perform a “quick-fire” attack which lets you auto-attack the nearest enemy. Unlike dragging the red control for a ranged attack, quick fire attacks can be pretty fast in knocking down enemies. In smaller maps, quick-fire works best, especially when you have a hero that inflicts AoE damage on multiple opponents rushing towards the hole to grab gems or a character like Shelly who deals greater damage from a medium or short distance. She deals more damage to enemies closer to her. Shelly’s super attack stuns enemies and can destroy obstacles.

To perform a quick-fire attack, tap the screen to attack any incoming enemy, but make sure your ammo is full. One big drawback of quick fire is that it uses up ammo pretty fast, so don’t just blindly keep tapping the screen. However, if you have a powerful brawler that inflict more damage, quick-fire can be pretty effective against nearby opponents. You and another team member must perform quick-fire attacks in tandem to knock down incoming enemies faster while the third team member can perform ranged attacks from a distance or keep collecting gems from the hole. He or she can hide in a bush to use a ranged attack. If you are using an emulator like Bluestacks, then all you have to do is press the space bar on your keyboard repeatedly to attack the closest targets. With a keyboard, it will be easier to perform quick-fire attacks to knock down enemies quickly. 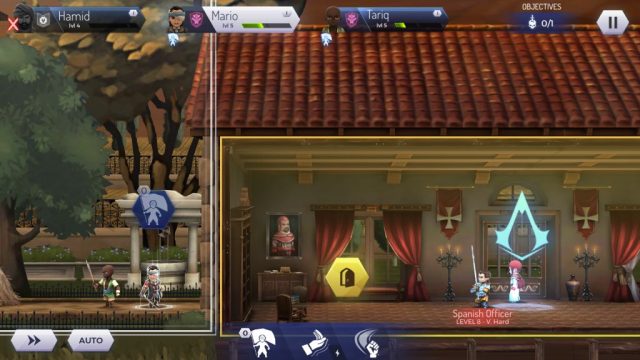 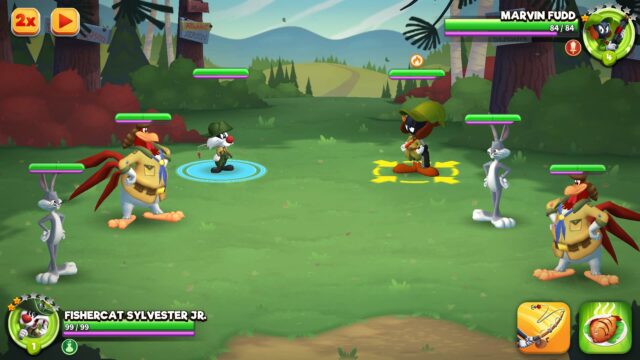