How to Play Reigns: Game of Thrones – Guide for Beginners

So you have claimed the Iron throne, but being in power for a long time won’t be easy, especially if you want to win the hearts of your people, steal a march on political rivals, please religious bigots and deal with the hostile factions of the seven kingdoms.

Death is inevitable, but you must prove to be a shrewd monarch to last long on the throne. If you are new to this Reigns: Game of Thrones game, just follow this guide. Once you know how the game works, it will be easy for you to play and make the right choices.

You will come across military generals, priests, advisors, citizens who will present their demands, talk about their worries, warn of an enemy invasion, complain about something they don’t like and propose new projects.

Their pleas and demands will be presented in the form of cards and you will have the power to accept or reject by just swiping them right or left. Your decisions will affect your popularity among your people, your army, your kingdom’s finances and the high septon, the head of The Faith of the Seven, the main religion of the seven kingdoms.

The icons (left to right) on the top of the screen represent: Power (military might), Religion (Faith of the Seven), People (your popularity) and finances (Coin). The graphical level meter on each icon increases and decreases based on your decisions.

Your goal is to make sure the level meter on each icon does not empty out or fill up. If it does, unhappy subjects will revolt against you or they will feel they are more powerful than the king (or queen) and their leader or a spokesperson will plan a coup against you or try to kill you.

You will have to make sure the military and religion levels do not fill up or empty out as it will give too much power to your military general or the high Septon or they will think you are too weak to take decisions on military or religious matters.

Try not to lose popularity among your people or become bankrupt, else brace for a revolution that would eventually mean death.

Basically, you will have to keep things balance and sit on the throne for a long period of time, even if it means making tough decisions that may seem morally wrong.  Here are a few tips and hints to get started in Reigns: Game of Thrones.

Love GOT games? There’s a new turn-based strategy role-playing game from Behaviour Interactive. We have written a guide that might help you win battles and outwit your foes:

1. Read Before You Swipe

I am sure you will be reading your people’s demands or your enemies’ veiled threats but before swiping, pay attention to your dialogues.

2. Pay Attention to Animated Icons and Dots while Swiping

When you drag your card left or right, you will notice dots above certain icons. The dots represent impact your decision will have on your people. However, a dot does not suggest whether the level meter will go up and down, just the effect it will have on that particular aspect of your kingdom.

Sometimes, you will notice an animated icon when you drag a card left or right. This suggests that a Yes or No will have a big impact on the general public in case the animated icon represents people, your army if the icon is “power” (sword), your priests (religion) or the master of coin who manages your finances.

The animated icon does not indicate beforehand whether the meter will increase or go down, but your decision will definitely raise or decrease the icon level twice than normal. When you see an animated icon, please be careful when making a decision, especially when that particular icon’s level is too low or high.

3. You Can’t Keep Everyone Happy

The dots that appear on some icons when you drag your card left and right do not suggest anything, except that those aspects of your kingdom will be affected positively or negatively. When you swipe the card, only then you could see those icon levels increasing or decreasing.

When you make a decision, your choice will be celebrated by some, but not welcomed by others. Be prepared for it. For example, in the above gameplay video, Lord Gerard, Master of Coin, says “Peace is more profitable than war.” I swiped right agreeing with him and it affected my popularity among people and my finances in a positive way and they both saw an increase since people don’t want war and money would be less spent on arms. However, my “power” (sword icon) saw a decrease as it didn’t go well with my army general.

Your decisions will have a positive effect on some and a negative effect on others and sometimes you must select a choice that you may personally not agree upon in case you don’t want that particular icon decrease to dangerous levels. You will have to make tough choices, even if it makes you look as a villain than a just ruler. After all, it’s Game of Thrones and your goal should be to sit atop the iron throne for a long period of time.

Those were a few hints and tips to help you rule Westeros. If you have any ideas or strategies, please leave your comments below. 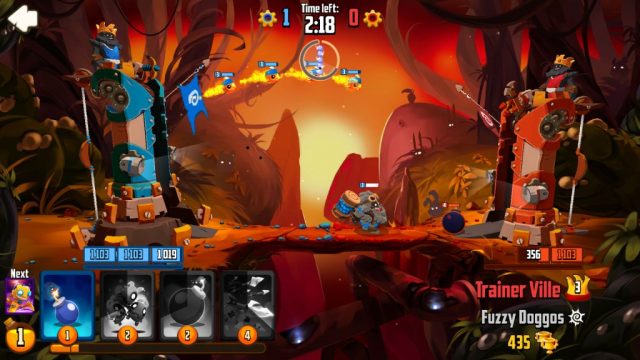 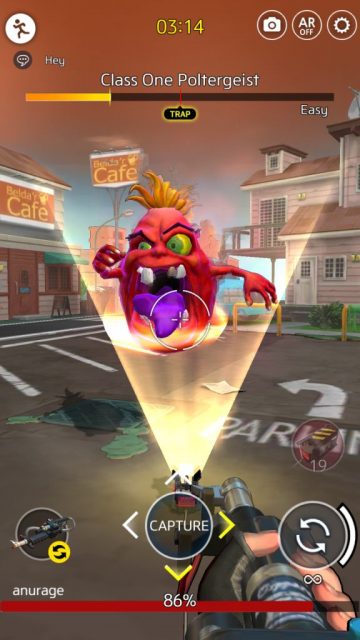 Next
How to Capture Ghosts the Right Way in Ghostbusters World
Click here to cancel reply.