How to Get Characters in Dungeon Hunter Champions

There are tons of collectible characters in Dungeon Hunter Champions and each character boasts unique abilities. Enemies, including mighty boss monsters are tough to beat and you will need a strong team to defeat them.

When building a robust party, you will have to consider various factors, such as skills, buffs/debuffs, class, star rating etc. But this guide is not about selecting the best characters. It’s about finding and acquiring champions. If you want to know how to get characters, read on:

1. How to Find Characters

To get Dungeon Hunter Champions characters, you should find them first. The first place to look for them is “Collections”. This is where you will find information about each character’s location:

On your home screen, tap “Champions” and then tap the “collection” button on the lower-right corner of the screen.

Under “Where to Find”, you will get a complete list of locations where you can find a character. In this screenshot, you will see various ways to get “Archangel”.

You can filter character list by rarity (Stars), their elements, (Fire, Water etc.) and by ascending/descending order.

For example: If you want to get 1-star characters to level-up your key champions, then tap the Stars button until you see only one star. Now tap the portrait of a one-star character and then tap the marker icon to know where to find it.

2. Play Adventure Scenarios and Boss Raids to Get Soul Discs

Completing scenarios in adventure mode is another way to get characters. Before playing a scenario, check the possible rewards section.

This section shows a list rewards, such as champions and gear. You might get a common disc in a scenario. A common disc contains 1-3 star characters. Play an adventure board at higher difficulty (Epic and Legend) to get stronger characters. You will have to spend additional 300 coins to summon a character using a common soul disc.

You can get a rare soul disc by completing boss raids. You will have to finish board 2 to unlock this new game mode. You can summon a 3-star, 4-star or a 5-star character using a rare soul disc.

4. You might get a Champion from the free Mystery Crate

The mystery crate is yours for free, and you might get a character on opening one. You can open it after watching an advert.

Go to “shop” and tap the “watch ad” button under “Mystery Crate”. There are also other rewards, such as gold and gems. There’s a 2% drop chance of getting a rare disc or a 1-star character. The higher star rating, the lesser the drop chances, so you will have to watch a lots of promo video to get higher star characters

5. Purchase Characters in the Black Market

Hit the Black Market at the shop to purchase gear and characters. You can buy them using coins. And because coins are easy to grind, use them to buy champions.

There are high chances of getting a one-star or a two-star character from the black market, although the list refreshes every few hours to show new characters. You can force refresh to get a new list by using gems or watching a video. You can also find soul discs at the black market.

You will receive free gems as compensation gifts, so keep an eye on your inbox and claim gems. You can also watch an ad to get gems. This offer can be seen on your Dungeon Hunter Champions home screen.

7. Earn Battle Emblems in Arena and Use Them to Buy Characters

The arena mode can be accessed via “Battlefield”. In this game mode, you can fight other players in asynchronous battles. You will consume 1 energy point for each battle.

Make sure you choose a player whose Battle rate is lower or equals your party’s battle rate. Also, don’t forget to equip gear to your party members and achieve a gear set to get stats bonuses before playing the arena mode. To know how to increase battle rate, read this guide.

You will receive battle emblems after winning an arena fight against another player. Tap the “Attack” tab under arena and choose your opponent. Make sure you select characters that have an elemental advantage over your opponent’s characters – Your party member’s element should be stronger than your rival party’s elements.

8. Win 5 vs. 5 Multiplayer Battles to get Light and Dark Champion Shards

To unlock 5 vs. 5 multiplayer, finish scenario 7 of board 2 in Adventure mode. Once this new game mode is unlocked, play and win multiplayer matches to get shards. Collect at least 50 shards and go to Summon > Shards. Tap the Light & Dark section to summon a 3-star, 4-star and 5-star light or dark champion. 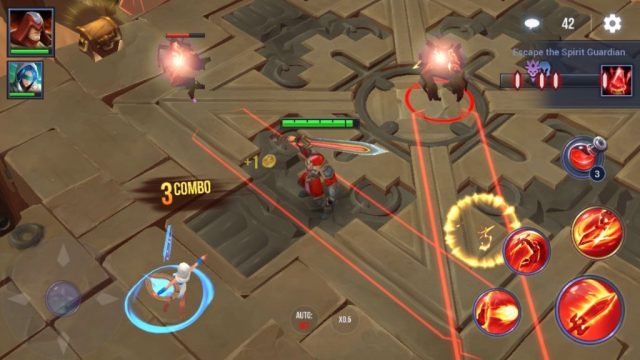 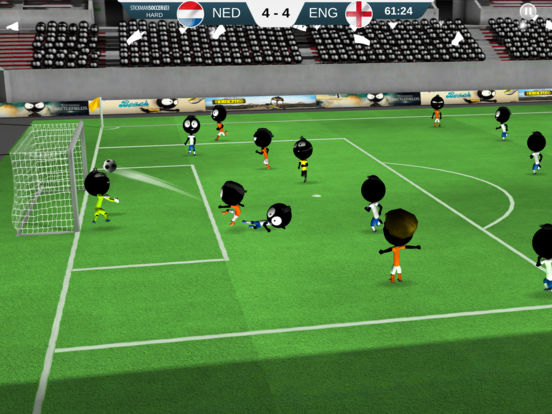 Next
Stickman Soccer 2018 Dribbles its Way onto Mobile
Click here to cancel reply.