Kongregate’s Heroes of Rings is an SRPG that lets you fight enemies in turn-based battles. You can summon heroes, improve their stats using essences and unlock their skills to make them battle-ready. Each hero has a unique ability that can prove very effective in battle if you know when to use it. Gameplay is reminiscent of popular mobile turn-based role-playing games, so it won’t be too hard for you to learn the ropes if you play the mini-tutorial. You can watch the gameplay video to know more about Heroes or Rings and then read our guide to know how to beat enemies in a battle:

Pay attention to the vertical line on the left side of your screen. The first character on the top of the line attacks. It should give you a clear idea when an enemy will attack your heroes. Make sure you increase each hero’s AGI (agility stats) to reach the top faster. 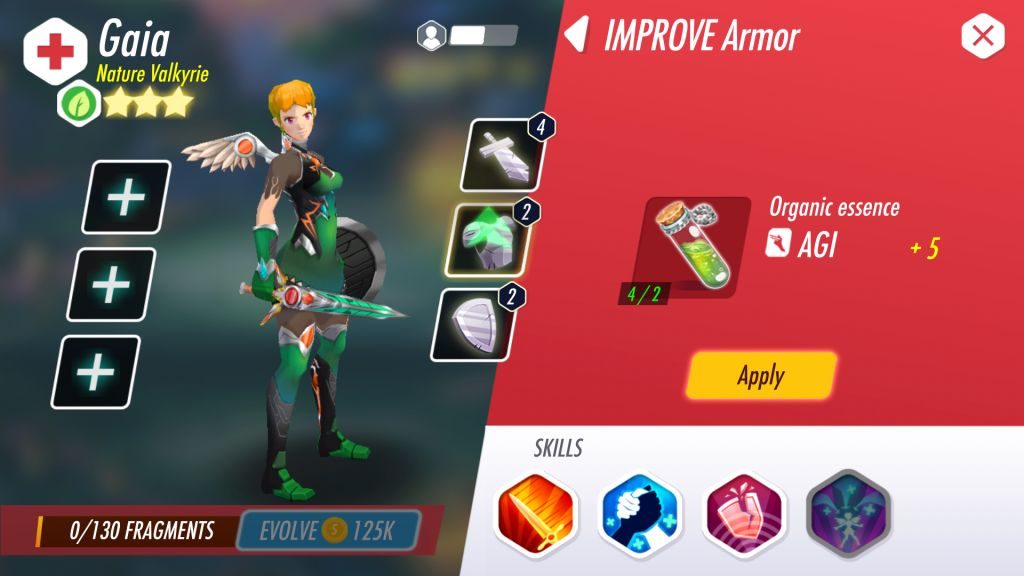 You will receive organic essences after defeating enemies in battles. To know where to find an organic essence, tap “Heroes”, select a character and then tap one of his items. Keep tapping items of a hero until you find organic essence. Tap the organic essence icon, which is a green liquid test-tube to find its location. You can replay a completed level anytime to farm organic essences. New essence locations will appear on character’s essence page when you begin a new chapter.

As you summon more and more heroes using invocation runes, it won’t be easy for you to select the right combination of heroes before battle. But there’s a way. On the “Select Your Heroes” screen, check the list of enemies you will be confronting in a battle and note down their elemental affinity. Choose heroes whose elements are stronger than those enemies.

Like most RPGs, Heroes of Rings boasts 5 important hero elements – Fire, Water, Nature, Dark and Light. Fire is stronger than nature. Water is stronger than fire. Nature is stronger than water. A hero having an elemental advantage over an enemy deals 30% more damage. Also, a hero will take 30 percent reduced damage if a weaker element enemy attacks him. 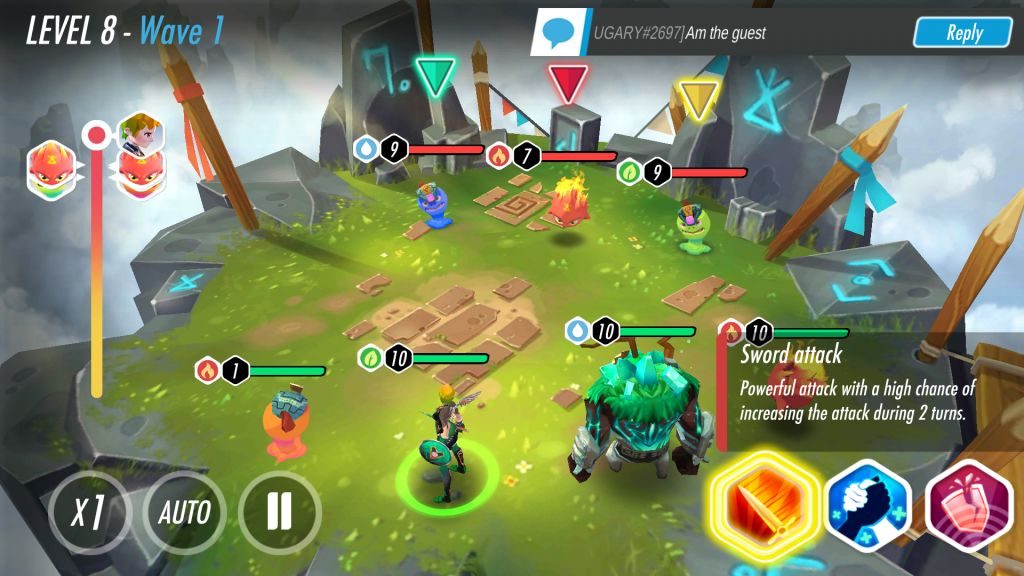 During battle, you must have seen arrows appearing above enemies. A green arrow above an enemy indicates that your hero is stronger than him. You should tap that enemy to attack and deal additional 30 percent damage to him. However, if you tap an enemy with a red arrow above him, you will deal less damage because his elemental affinity is stronger than your hero’s. Keep this in mind while fighting enemies on the battlefield.

Besides elemental affinity, you should also keep character roles in mind while choosing heroes before a battle. On your “Heroes” screen, character roles are denoted by symbols which appear on the right side of their portrait. There are 7 major character roles:

DPS (Sword symbol): A hero belonging to this type inflicts more damage to enemies. You should use such heroes to attack weaker element enemies. Make sure you boost the AGI stats to increase their speed.

Assassin (Dagger symbol): They have low HP but can kill enemies with a single hit.

Healer (Plus): As the name suggests, healers heal heroes. You can use their healing skills to heal a hero or themselves. They have lower HP and are pretty weaker than other heroes, so protect them.

AOE (Sword): An AOE (Area of Effect) hero attacks multiple enemies. The Emet is the best example of an AOE character. Its “Merciless” skill deals a powerful attack to all enemies and automatically launches a “demolishing attack” at an enemy with the least HP.

HP Tank and DEF tank (Armor): HP Tanks are high HP characters. They can take a lot of damage. DEF tanks can endure a lot of damage because of the high DEF stats. Beware of enemies with skills that lower defenses.

You can choose up to four heroes to fight enemies. Make sure you recruit these hero types before battle: Healer, a DEF or HP Tank, an AOE or DPS hero and a support character.

How to Get Invocation Runes

In Heroes of Rings, you can summon heroes using invocation runes. You can get runes from tmerchants or by beating enemies in battles. You might win invocation runes by finishing certain daily missions so keep an eye on the missions tab on your home screen. 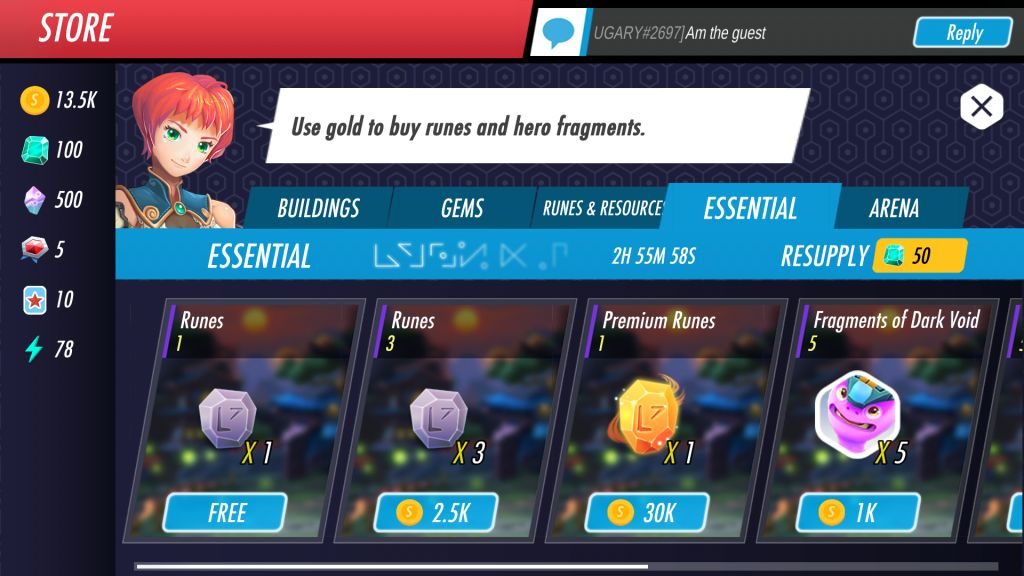 You can get a free run from the Store. Tap “Essential” and then tap “Free” under “Runes” to get one. You will get a free rune from the store every 3 hours. When you receive one, tap the “Invocation” building and then tap a rune to summon a hero. You can check what hero you might be receiving from a particular rune.