Guns Royale – Tips and Strategies to Stay Alive and Survive!

Wizard Games’ Guns Royale brings a battle royale-like game to Android. After all, why PC gamers should have all the fun? This engaging 3D pixel shooter game lets you battle online opponents in fast-paced PvP matches.

The game has an easy learning curve – just select a spawn point, find a weapon and eliminate other online players before they kill you. You must choose the best guns, collect gear to improve stats and be alert! It’s all about who survives last, and it could be you if you follow these basic tips and strategies:

1. What Weapons Should You Choose?

At the start of a match, your equipment set should include a gun, which could be anything but a measly pistol, a backpack and a clothing item that improves armor or visibility. Try to find a backpack as soon as possible as it will upgrade storage space so that you can collect more equipment, such as those valuable medkits. Don’t be too excited if you find a gun. Your gun’s power depends on its rarity and you might stumble upon a player who might be armed with a rare or epic gun. Be careful if you have a common-rarity weapon. Among all guns, assault rifles inflict more damage, followed by shotguns, which can deal high damage, but at close range. Try to have these guns and equip one of them ASAP.

Be careful while attacking and make sure you equip with right piece of clothing to your character to improve armor so as to minimize damage received. While stealth may not work in such a game, you can get a bit sneaky and attack an unsuspecting player if you get a chance. Try to find a piece of clothing that improves the “Visibility” stat. This will let you spot enemies from a distance.

2. Air-drop Your Avatar Near Buildings

Since Guns Royale is all about survival and the last man standing will be the winner, finding the best weapons quickly should be your priority. Yes you will be equipped with a pistol, but that would hardly make a big impact and a player with a much better weapon will eliminate you in no time.

You will find guns, clothing items and medkits close to buildings, so make sure you choose to air-drop near houses and structures and find a good weapon for yourself.  Remember that such areas would be an ideal “picnic spot” for other players as well, and just like you they too would be busy finding weapons. Chances of stumbling upon other players are more in these areas.

If you run into another player whilst exploring, it’s better to beat a hasty retreat, may be hide inside a house for some time. Of course you can take some damage while scavenging if the match has just started as most players will be armed with a small gun will inflict less damage. Since finding a good weapon (and armor) is crucial in this game, you can take that much risk and your HP won’t be drastically reduced by pistol shots. Just keep searching for weapons near houses and you might find a nice firearm that can deal more damage than your gun.

3. Medkits Can Restore Some HP

It’s all about how long a player lasts in Guns Royale and while attack is the best defense, taking less damage and keeping your health bar above the danger level is crucial for survival. Equipping certain clothing items can help reduce damage to some extent, but you should also consider restoring your health. This is where a medkit comes handy. It will restore some health, almost twenty percent! When the match starts, you can collect only one medkit. If you want more, then make sure you find a backpack as soon as possible as it will store more than one medpack. Also, try to use a medkit when you are not fighting a player as it takes time to heal. Take refuge in a house and use it to restore some health.

4. Lob a Grenade to Multiple Competitors

Equipping piece of clothing will surely give you an edge in battle. You might find a clothing item for your head, legs or face. Clothing not only makes your character look smart and badass, but also provides benefits to your character stats, such as visibility, armor and speed.

When you find clothing, check the green arrow, which suggests a stats upgrade on equipping it to your character. Make sure you find clothing that improves your armor stats so that you can take less damage from enemies. 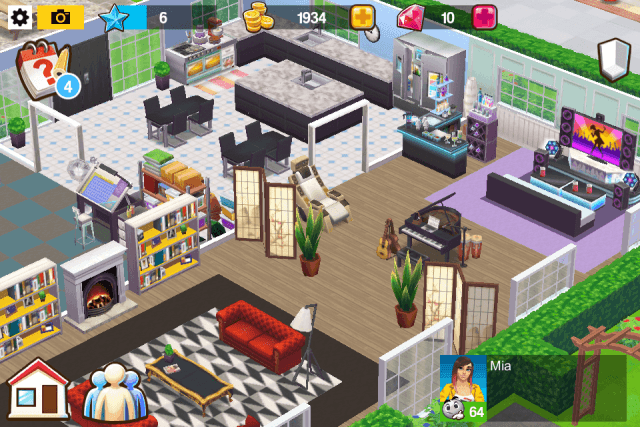 Next
Home Street: Tips to Get Thoughts, Coins and XP Faster
Click here to cancel reply.