Stellar Hunter is an exploration-based space role-playing game from LTGames Global. The story begins with a spacecraft crash in an unknown planet. After being healed by a mysterious old man, you start taking assignments from him to complete space missions for loot. Being a rookie ranger, you will have to travel between different star systems, explore planets, complete missions, recruit aliens and fight enemies.

Combat is turn-based, but can be fully automatic if you turn on auto-battles. You can also assign tactics to each character to fight enemies. Certain decisions require the roll of the dice and the more characters you have in your squad, the more favorable the outcome will be in dice-based quests.

In this Stellar Hunter guide, you will learn more about action points, weapon upgrade, tactics and space travel.

How to Spend Action Points Effectively

In Stellar Hunter, exploration heavily depends on Action Points (AP). Lets’ try to understand what are they and how to use them effectively.

Your character will be given a set number of action points. You will have to complete the main story mission and/or additional missions in a particular planet before utilizing all action points. AP is shown just below your character when he is exploring the planet interiors.

When you are exploring planets, you will find two ways to complete recon missions – normal exploration and challenge.

Under Normal Exploration, you will spend action points when you are battling enemies, completing quests, picking up materials, or conversing with an NPC. Basically, most actions, except movement will require APs. Move to an icon while exploring a planet and the game tells you how many action points will be needed to complete that action or task.

Under Challenge, however, you will spend action points only when your character moves.

In normal exploration, if you have used up all action points, all characters will enter “Fatigue” mode. HP will start depleting from your team’s total HP every time your main character moves from one point to another while exploring.

Here are some tips to spend action points wisely:

– In normal exploration, focus on the story mission first. Ignore all extra missions. You can come back again to complete them. Before landing on a planet, tap on the task list on the lower-right corner in the home screen. You can also access “Task” after tapping on a planet. The Story mission will have a red exclamation mark on the planet, which suggests urgency.

In the tasks list, under “story intel”, pay attention to the orange-colored words to get hints for completing that mission. You will get to know about the target’s whereabouts, or co-ordinates.

– While exploring, you will come across resources, material boxes etc. You will have to spend APs to pick them. Pick them only if you need them desperately. You may not need them as you might have earned them during battles against enemies. Come back again to pick them once you have completed the story mission. Avoid certain needless actions that trigger events not related to the main story mission. Usually, some needless actions have a purple-colored question mark.

– If you have depleted all action points and still haven’t completed the main story mission, you can always evacuate your squad from the planet to terminate your adventure. Tap on the door icon on the top-right corner of the screen in exploration mode. This will lead to “forced evacuation” and terminate your adventure, but you still get all rewards you have earned from battles so far. You can again quickly land on the same planet to start where you left off if you want to continue your adventure. All dark areas which were already explored in the previous session will remain explored, helping you to find your target easily. You will notice that you will get back your full AP quota, which will help you resume your adventure.

– If an NPC demands money, you can avoid it by paying him. Usually, you will have to spend a low amount to “co-operate” which is far of a less impact than spending those precious APs to “decline” or “lie if you are broke”. Alternatively, you can “Refuse to pay” after tapping cooperate to begin a battle. You won’t be spending any action points if you refuse to pay and battle.

You can purchase AP from certain merchants (purple flying ghost icon) using “starport coins”. You will need at least two starport coins to get 10 action points. Complete certain quests while exploring or ind star port coins scattered somewhere in the planet. Please note that completing certain quests will require APs, although the requirement will be fewer than the AP purchased using starport coins.

The game makes it easy for you to equip the strongest gear to your squad members. Go to crew, select a character and tap on “Quick Equip”.

You will see the best gear being equipped to his/her. You can opt to manually equip gear to a character, but that will be time-consuming.

Equipping the most powerful gear to a character increases his stats, such as Def, STR, AGI, INT and Speed.

Every character is equipped with a main weapon. The more powerful the weapon is, the easier it would be to defeat enemies.

A weapon’s main stat is Attack. You can increase its ATK using Alloys. This basic material is used to upgrade weapon and armor. You will find them in crate, or you can acquire them from battles and mission completion rewards. You can also craft alloys in the “Workshop”.

You will need certain materials, such as V element, organic matter and coins to craft alloys. You can get these materials from your adventure.

To increase a weapon’s attack, go to “Crew”, select a character and tap on the weapon panel on the left side of the equipment list.

Tap “Upgrade” and press the upgrade button inside the weapon card.

How to Assign Tactics to Each Character Before Battle

Stellar Hunter is a turn-based strategy game. Combat is turn-based, but can be completely automated. When battle begins, just tap the icon on the top-left corner of the screen and press “Auto” button to turn it on. All characters will start battling enemies on their own.

Tactics selected by a player (before exploring planets) are triggered only when you have turned on auto-combat. There are various types of “tactics” that dictate certain combat actions to a character. Basically, a tactic is a preset combat-related action that will get triggered when a character’s turn arrives during an auto-battle.

For example: if you have a healer and have chosen “heal” as her preferred tactic, the character’s action will only be limited to healing herself and other characters during auto-combat.

Here’s how you to assign tactics to each character in your squad before exploration and battle:

– On the home screen, tap “Crew”, and tap on a character’s portrait on the bottom of the screen to select him/her. Their profile page will be shown on the screen.

– Tap on “Tactics” on the top-right corner of the character’s profile page.

(Each character has a set of different tactics. The tactic varies from one character to another based on his/her class. So, a healer class will have a “healing” tactic whereas a vanguard (tank class) will have a “Defend” tactic.)

– Now tap on a tactic from the list. Some of the tactics, such as “reserve MP”, “Fire at Will”, “Support” etc. are self-explanatory. If you choose “reserve MP”, then the character will seldom use skills or special abilities during an auto-combat. Skills need MP or mana points and if you choose this tactic, the character will use skills very rarely.

– You can only choose one tactic for each character. Once you have selected tactics for all characters, begin your exploration by landing on a planet.

– During combat, tap on the hand icon on the top-left corner of the screen.

– Under “Strategy” turn on auto-combat by pressing the “auto” button on the bottom of the screen.

– You will notice tactics of all character highlighted in yellow. It’s the same tactics selected by you in the “Crew” screen.

– Since you have turned on auto-combat, all characters will act according to the chosen tactics.

Traveling Between Star Systems and Landing

You can travel from one star system to another once you complete main missions on planet EL and the Penal Colony in the Aigmar star system.

To travel to another star system, find the “Arc” of the current system. Tap on the white circle (arc) and press “teleport”. In this example, select the “Aigmar” arc.

Choose another star system. In this example, we will choose the “Sanpas” system. Tap on it and then press “Teleport” again.

You are now in the “Sanpas” arc in the Sanpas star system.

Now move to a planet in the Sanpas system. Tap on the planet Amber and then tap “travel”. You will spend some energy to travel to this planet.

You are now closer to planet Amber, but haven’t landed on it yet. Tap on the Amber planet again and tap on “Land”. You will again use some energy to land on the planet.

Note: If you are still confused, watch our gameplay video to know how to travel between star systems.

Note: When you have just entered a star system, you will need energy to travel from the current star system to a planet on the same system. You will also have to spend energy when you land on the same planet. Total energy is shown on the top-left corner of the screen when you are in outer space.

Energy regenerates every 9 minutes. To recharge energy quickly, use “E-cells” (you can get this from missions) or watch a 30-sec “Star Arc Ad” to restore 10 energy.

On the home screen, go to “Tavern”, tap on the a new character in the tavern. Using your finger, swipe the pointer to “recruit”. Pay coins as “one-time labor contract” to hire that character permanently.

Will update Stellar Hunter guide with more tips and strategies soon. Stay Tuned! If you have any questions, please do not hesitate to ask us using the comment form below. 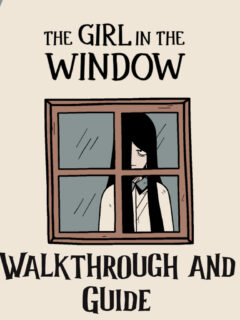 Previous
The Girl in the Window: Complete Walkthrough and Guide