Disney Sorcerer’s Arena is Glu’s latest turn-based role-playing game. Embark on a magical adventure together with your favorite Disney characters, explore several new worlds and test your might against enemies to become the most powerful sorcerer. Summon battle-ready characters and create your own team of heroes and villains to fight enemies in various stages.

The game has a unique spell-casting system that lets you unleash devastating spells on enemies. With more than 50 heroes and villains to collect, lots of challenges and new spells to learn, Disney Sorcerer’s Arena is extremely addictive and engaging. Check out these tips, tricks and strategies if you want to make your team more powerful and defeat enemies.

Save Abilities and Spells for the Final Wave of Enemies

It’s the final wave that always has tougher enemies and mini-bosses. This is where spells and each character’s special abilities will come to play against enemies.

Remember that a special ability won’t be available for several turns after use, so using it in the first wave will be futile. The turn gauge can be seen on top of a character’s special ability icon on the bottom-right corner of the screen. When it’s full, only then you can launch a special ability.

The turn count of a special ability varies from one character to another, so keep an eye on the turn gauge above a special ability to know how often it will be available for use. Some recharge every after few turns, others take time. Have a look at each special ability bar and then decide which ability to use in the beginning and which ones to save it for the final wave.

Know Which Character Will Attack Next

Disney Sorcerer’s Arena is a turn-based strategy game, which is why it’s crucial to know when will the enemy strike or which character in your team is going to attack next. The yellow bar below the health gauge is the turn gauge. When it’s full, a character attacks or performs an action that can heal or provide buffs/debuffs.

However, it’s cumbersome to keep track of the turn gauge during combat. Thankfully, the game provides a much easier way to ascertain who will be the next attacker.

Cards on the lower-left corner of the screen display the current attacking character as well as the next character’s turn. You will also get to see the next two turns in advance.

Knowing who is going to attack next can be very useful during turn-based combat. You can decide which ability to use and whether using a special ability or taunt would be a better choice if the next turn consists of several enemies attacking on a trot. You can plan your attack strategy well in advance.

Get Permanent Stats Upgrade with Level Up Potions

In Disney Sorcerer’s Arena, level up potions grant permanent stats upgrades to your heroes. You will have to level up a character using these potions and only then you will permanently increase their stats, such as Offense, Defense and Health.

On the home screen, tap on “Collection” located on the left side of the screen. Next, tap on a character card under “Characters”.

You will see a character’s current level on the right side of his page.

Tap on the yellow “level up” button and then tap on the same button again to upgrade your character.

Your current player level is shown on the top-left corner of the home screen. To reach a new player level, you will have to earn player XP from battles and daily quests.

You will get these level up potions each time you beat a campaign battle stage. You will also earn them by completing daily quests, on certain events and logging in on particular days. Play the game every day to get login bonuses. These bonuses reset every month.

Want to unlock all Disney characters? Our guide will help you find them:

Stay Away from Auto Battle Mode

Turning on auto battle mode will let you to sit back and watch your team battle against enemies. But the abilities used by characters in auto-battles are random since the AI is controlling them. You may not see the desired outcome of a battle and sometimes you may also face defeat. Let me explain this with the help of an example:

Stage 2F in Disney Sorcerer’s Arena was very tough. It was a boss stage where I had to defeat the Horned King. Could not complete this stage with auto-battle turned on as the AI kept using character abilities right from the beginning, i.e. the first wave of enemies. It takes several turns for abilities to charge up and using up an ability in the first wave isn’t a great idea. Using up abilities in the beginning and targeting any random enemy happens with auto-mode turned on.

With the auto mode turned off, I could beat this level, but with only 3 out of 5 characters staying alive at the end of the third (last) wave. But the good thing is that I managed to defeat all enemies including the mini-boss, The Horned King, because I used special abilities and the spell at the right moment. Also, I paid attention to the cards on the bottom left corner of the screen. These cards display who the next attacker was, making is easier for me to plan my attacks and choose whom to target first.

Spells will be unlocked early in the game. “Magical Meteor” spell will be the first unlocked spell. It deals AoE (Area of Effect) damage to multiple enemies.

You can unlock a spell when you have collected the required number of tokens. Spells charge up during combat, so pay attention to the orange gauge on the bottom of the screen while fighting enemies. When the gauge is full, tap on the spell to unleash it on enemies.

Spells can be very devastating against enemies, but they are not available every time. Once you have used a spell, you will have to wait until it charges up again.

Like special abilities, spells should either be used only during tough situations or in the final stage. Usually a spell gauge fills up in the second wave, but try to use it in the final wave if a stage contains 3 waves. Use it on mini-bosses and tougher enemies.

How to Find Spell Tokens

You will need 30 tokens to unlock a spell. To find spell tokens in Disney Sorcerer’s Arena, tap on collection > spells tab and then tap on a locked spell. Next tap on the green “find” button. Spell tokens can be found in certain towers, VIP exchange and tower exchange.

You can also level up a spell to increase its effectiveness. But you will need additional materials, such as vermillion pigment, Lucent’s ink etc. and coins along with lots of tokens, much more than the ones required to unlock a spell for the first time.

You can get materials from certain “towers”, such as tower of endurance and the tower exchange. You might also get spell tokens from daily login bonuses (only on certain days). Check the daily login calendar that appears on a new day to now when you will get those tokens.

Enchanted gear pieces, such as “motes”, can be equipped to a character to permanently increase certain stats, such as health, offense or defense.

To equip gear to a character, tap on “Collection” and then tap on a character card to access his/her page. In the middle of the page is the gear equipment section.

Tap on the glowing green plus sign to equip a mote. Next tap on the “Equip” button. You will not only increase a stat, but also boost character’s power.

You can increase gear tier, which will let you unlock a new special ability. Equip six gear pieces. If you see all “+” signs glowing, it means you have the required pieces ready with you.

Just tap any one plus sign and then tap on “equip all” on the right side of the screen.

Next, go back to the character’s page and tap on the “tier up” button. You will see a new ability unlocked. Use new unlocked ability wisely during combat.

You will obtain gear pieces from campaign stage battles. They can also be obtained from chests from the store, including the free chests that appear every 4 hours/24 hours and the campaign chest. To open a campaign chest, you will need campaign coins, which can be earned after beating stage battle.

To find gear pieces of a particular character, go to collection and then tap on a character card. Tap on the green magnifying glass icon (Find) to know the locations that drop gear pieces.

While bosses should always be one of first targets in a battle stage, you may also want to target support units, especially those that heal mini-bosses. Defeating the most destructive enemy would be an excellent strategy if you want to take less damage in each wave. 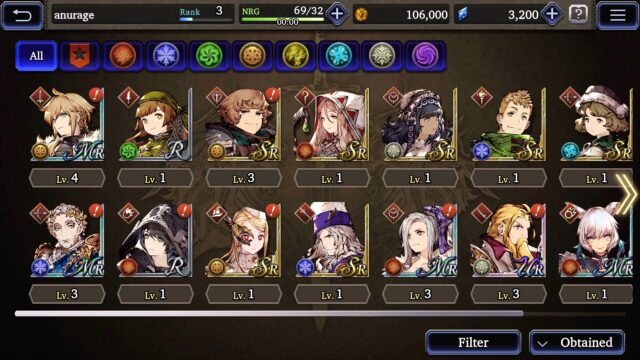 Previous
FFBE: War of the Visions Guide - How to Get Units 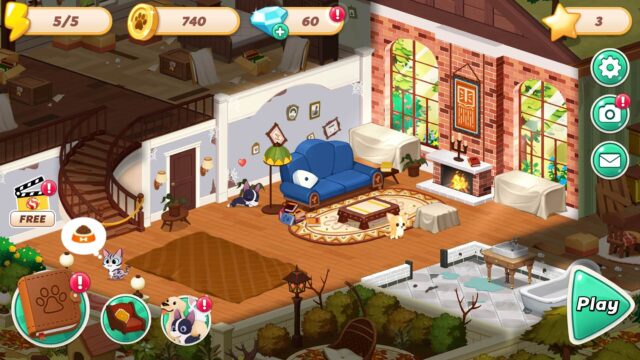