An idle game with cats? Sounds just perfect! But is it as addicting as other cat games on Android? The answer is a big YES! Greedy Cats revolves around starved kitties who would just keep chomping on food non-stop! Developers PikPok could have named it Hungry Kitties (like Hungry Hippos), but the name “Greedy Cats” is also great.

In this game, you will be tapping on the screen just to see a cute kitty eat her heart out. You get coins as rewards every time she finishes her plate. But that’s not all. Your cat will enter an eating competition against rival cats. She has to eat her food before time’s up. She has to eat fast – faster than her competitor and to make this possible she must have fans and need to be upgraded every now and then.

Get fans, upgrade them, unlock bonuses, and tap rapidly to win trophies! The game has some pretty cool features, such a crafting and farming. Check out our Greedy Cats game guide if you want to win eating competitions, unlock more fans and get abundant rewards.

Your hungry kitty needs to eat food fast, so that she can win eating competitions against rival cats and earn more coins. Tap on the “Cats” tab on the bottom of the screen to level up the topmost kitty. Your main cat will be in the middle of the screen and if you level her up, she will eat food faster than before!

You will notice that your kitty will eat larger morsels every time you tap the screen soon after leveling her up. So if she is eating 1 food per tap in the beginning and then you level her up using coins, she will begin eating 2 foods per tap. Food is denoted by a cupcake icon.

As you keep leveling up, she will eat larger morsels up to 1K foods per tap and beyond. You will notice that she will finish her plate in just 2-3 taps. THAT FAST! Imagine how easy it will be to win competitions if she eats food this fast in a competition. However, with each new competition, the amount of food on her plate will be larger than before. So you will have to keep leveling her up at regular intervals to let her eat fast and win more competitions.

You will earn coins every time your cat finishes her food. Collect and use coins to level up your cat.

Tip: You can tap anywhere around your cat. Tap with all fingers to make her eat fast!

Double the Food Eaten per Tap

Keep leveling up your main cat (the one in the middle) until the blue gauge above the “Level Up” button fills up. Each time the blue gauge fills up, the food eaten per tap will increase by x2.

Example: If at level 9 the food eaten per tap is “x9”, it will increase to x18-x20 when the gauge fills up as you march to level 10. Leveling up your main cat and then filling the gauge is the best way to boost food consumption at a much faster rate. This way you will be able to win eating competitions in a few taps.

Tired of tapping the screen? Why don’t you just let the game do all the “hard work” for you? Under the “Cats” menu, scroll down until you find the auto clicker button. Watch a 30-sec video to activate it. The AI will auto click a certain number of times per second for 10 minutes or more. You don’t have to do anything, just sit tight and watch your kitty munch on! And if she has fans, then it will be easier for her to eat faster.

Pro Tip: Activate auto clicker just when the eating competition begins. Make sure you have leveled up your cat and have quite a few fans before doing this. For fans, read the next paragraph:

Your Kitty Has Fans!

Once you win the fourth eating competition in Greedy Cats, you will start unlocking fans. These are your main cat’s supporters. When you unlock a fan, your kitty will begin eating food automatically. Basically fans sitting behind your cat will cheer her on, making her eat without tapping. In the beginning, auto-eating will be slow, but as you level up your existing kitty fans and unlock more fans, you will notice your cat picking up speed when she auto-eats, all thanks to a strong kitty fan base!

Tap on the “Cats” tab to unlock a new fan. You will need a certain amount of coins to unlock one. You can then start leveling up her fans just as you leveled up your main cat. The higher a fan’s level, the faster your main cat will eat food automatically per second.

You can upgrade fans when they reach a certain level. Tap the “Cats” menu and scroll down to see all unlocked fans. Keep leveling up a fan to fill the blue gauge above the “Level Up” button. The blue gauge should be full to activate the x10 multiplier, which multiplies food eaten automatically by 10 (the higher the food eaten per second, the faster your main cat will auto-eat food).

But that’s not all. Once the blue gauge fills up, you will be able to “Upgrade” your cat. Upgrading unlocks a special bonus that increases coins, taps, fan food etc.

Tap on the upper-right corner of the screen and spin the wheel to activate the coin multiplier. The highest multiplier is x4 and the lowest is x2. If you are lucky, you will get a higher multiplier, which will remain active for hours.

With the coin multiplier activated, you will earn up to four times (depending on the chosen multiplier) coins than normal.

Equip Outfits to Your Cats

Every time you win an eating competition, you are awarded a trophy. The total number of trophies you have won so far is shown on the upper-left corner of the screen.

When you reach a certain trophy target, the trophy icon on the top-left corner of the screen will flash. Tap on it to access the map, where a gift box/ costume box will be waiting for you to open it.

The map named “Path to Stardom” grants a new reward when you win a certain number of trophies. Currently I am just 4 short of obtaining a new trophy. Watch the gameplay video in this guide to find out what outfit gift I received when I won 50 trophies. Path to Stardom offers extra rewards than just outfits. You may also receive gems on reaching certain trophy milestones. Make sure you pay attention to this map and more maps to know how many trophies you need to win to get an outfit box.

When you receive your reward, open the box and claim your outfit.

To equip costumes/accessories in Greedy Cats, tap on “Outfits”, and then tap on an outfit tab (hat, dress, accessories). Tap on the wear button. Remember that you will have to own a costume, which can be only possible if you have claimed your costumes from the outfit reward boxes as mentioned in the previous paragraphs.

Equipping outfits to your main cat or your fans provides certain “wearing bonuses”, such as coin boost, increase in tap and fan cheers (boost in auto-eating). Most of these bonuses are permanent multipliers; some may provide x10 times earnings and tap bonuses.

You can claim any costume, even if it’s of the opposite gender. It doesn’t matter as wearing bonus provided by a costume will be the same for both genders.

To equip a costume/accessory to a fan, go to Outfits and then tap on the arrows positioned on the top left and top right corner of the outfit screen. When you tap on the arrow, a fan will be shown in the middle. You can now equip a costume to it. Make sure you always check the bonuses granted by outfits before equipping them to your main cat or fan kitties.

There are four types of outfits –

Those that adorn kitty heads (could be the princess tiara, a cowboy hat and many more): These outfits provide coin bonuses. Each outfit has a set multiplier. Example: Wearing the princess tiara increases the coins earned by x3.

Glasses: Increases auto-eating food by a certain multiplier. Example: Wearing the bumblebee glasses increases all fans food by x60. As you already know, your main cat eats automatically because of her fans.

Noticed a cute cat floating in the background? She is holding a gift box for you. Awww! Why don’t you tap on her to claim loads of coins?

Once you claim your prize wheel ticket, you can spin the wheel. You can obtain coins or even red gems from the prize wheel mini-game. 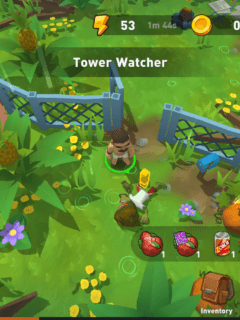 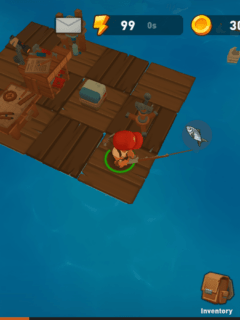 Next
Epic Raft Guide: How to Catch Fish
Click here to cancel reply.