Gods of Rome: 6 Tips, Hints and Strategies to Win Fights

Gameloft’s Gods of Rome honors Greek and Roman gods with a touch-based fighting game featuring a pantheon of champions like Zeus, Vulcan, Hades, Atlas, Spartacus and many more. The mobile brawler mechanics does not get stale or becomes too boring, thanks to some brilliant visuals, a plethora of Roman and Greek god, gripping plot and stunning “Ultra Attacks” that will keep you on the edge of your seat for hours.

Gods of Rome’s various fighting moves lets you decide when to avoid attacks, use light, medium or heavy attacks and when to defend. These quick tips, hints and strategies will assist you in defeating your opponents in PvP and solo quests.

1. Fighting Strategies You Should Know

When battle starts, keep tapping rapidly to perform light attacks. Don’t give your opponent any chance to fight back. Light attacks are the fastest fight moves you can perform, plus chances of earning combos are higher with repeated taps. Your opponent will hit you back at some point of time, by that time your Ultra Attack meter might be full. Tap on the charged ultra attack. You may even wait for the second ultra attack to fill up for a more devastating attack while mixing up your fight moves. If it isn’t full and your opponent is hitting you back, then try to defend by tapping and holding the left side of the screen. Remember that the ultra attack meter fills up when you hit or get hit by your opponent.

Heavy attacks cannot be blocked, so press right and hold to perform a heavy attack when your opponent is in defensive mode. But beware, such attacks take some time to execute and even a split second delay will give your opponent enough time to launch several light attacks.

When your opponent gets too close, swipe left to move back. You may then swipe right to come closer to him and tap rapidly to perform light attacks. Swiping left is the best way to avoid being attacked by your opponent. Use this tactic more often, along with defend if your opponent is getting too offensive.

2. Increase Your Team’s Total Power to Boost Your Winning Chances

Upgrade your fighters to increase their power. A fighter’s power shows how strong he/she is. In every new battle, you can give a tough fight to opponents if your team’s total power is more than the recommended power. Chances of winning are more if the total power exceeds recommended power. To increase your team’s total power, you will need to level up every hero in your team. Upgrading a hero not only increases his/her power, but also increases their attack points and health points. So before starting a new battle, upgrade your team members.

3. Check Your Opponent’s Health Before Healing Your Hero

Bottom line: Use panacea only when your hero or hero’s health is 50 percent or below. Try using a small panacea to heal a fighter as it grants 500 health points which can be more than enough for most heroes in your team.  Chances of earning smaller panaceas from quest and free spheres are more than medium or big panaceas.

4. Choose a Team of Fighters based on Your Enemies Class

You can choose five fighters for your team. You will have to reach a certain player level to unlock the extra three slots. The last slot can be unlocked when you reach player level 30. As you progress, you will be able to collect more fighters from Daily spheres and spheres earned as rewards. Not all players can fit in your team, so better choose those based on the enemy classes you may encounter in a quest.

The game displays enemy classes that you may fight in the “Begin Quest” screen. Based on the enemy classes, you should choose only those whose class is stronger than your opponent fighter’s class. If you don’t have stronger fighter class, then have those fighters in your team that have the same class or don’t give any class bonus to an enemy fighter.

5. Start a Battle with a Hero Who Has a Class Bonus Over His Opponent

The “Vs.” screen shows stats of both your hero and your opponent. Stats include HP, attack points and skills. Along with stats, the “Vs.” screen may also show whether a fighter has a class bonus over the other or not. If your opponent’s class is weaker than your fighter’s class, then a green “up” arrow will be shown just beside your fighter’s class icon and vice versa.

Before starting battle, tap on each fighter’s profile pic at the bottom of the “Vs.” screen to check which of them may have a class bonus over the opponent. Choose a starter fighter from your team whose class is stronger than the opponent fighter’s class.

Sometimes, there may not be any class bonuses, and so no arrows will be displayed on either side. Just make sure you don’t end up using someone whose class is weaker than your opponent fighter’s class. This will give him an edge in battle and he may even win it comfortably.
Each fighter class in Gods of Rome is color-coded, and has an advantage over another one. Remember: Blue > Gray > Purple > Green > Orange > Blue.

6. Complete a Chapter at 100 Percent to Get Special Rewards

Increase your fighter’s rank using nectar. You can get nectar by winning fights in special events. These events run for a limited period of time and need to be completed.

Sometimes you may receive class-specific ichors. Use such ichors to upgrade fighters whose class color matches with them to make them more powerful.

When a player levels up, he not only earns a pack of gems or other rewards, but also gets his energy cap and material inventory storage limit increased.

The quest map looks like a board game with several paths that finally reach boss level. Before fighting a mini-boss, you will have to fight other Gods by tapping on their profile pic. Many times, a path branches into two paths, and one of them contains chest of plenty. Choose a path that has this reward option. A chest of plenty may hold some really valuable materials that may help you in battle.

Each fighter has a special passive skill that comes into play when certain actions are triggered while fighting. For example: Spartacus’s “Armor Break” gets triggered when his opponent is blocking his attacks. There’s a 51.50 percent chance of reducing that opponent’s defense. 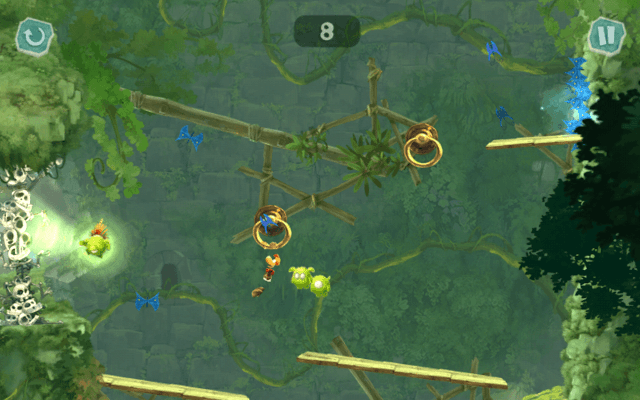 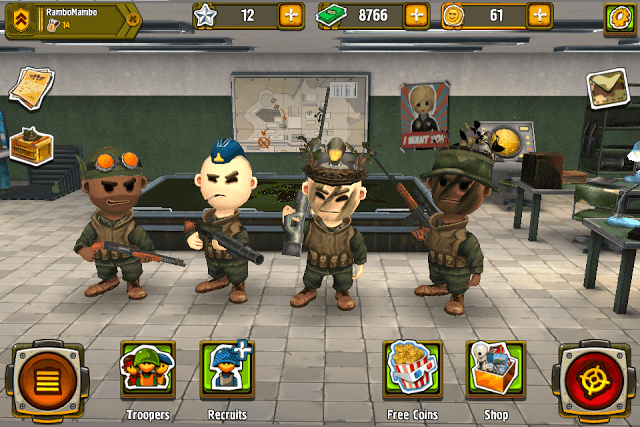 How do you perform some of the combos the computer performs on you.

Thank u so much. It was helpful!