Ghostbusters World is another exciting AR mobile game for your Android devices. It uses the latest Maps and augmented reality to let you fight ghosts and capture them in real-time. Developed by FourThirtyThree inc., the game puts you into the shoes of a rookie ghostbuster. You will have to prove your ghost-catching skills using state-of-the-art weapons and various traps. 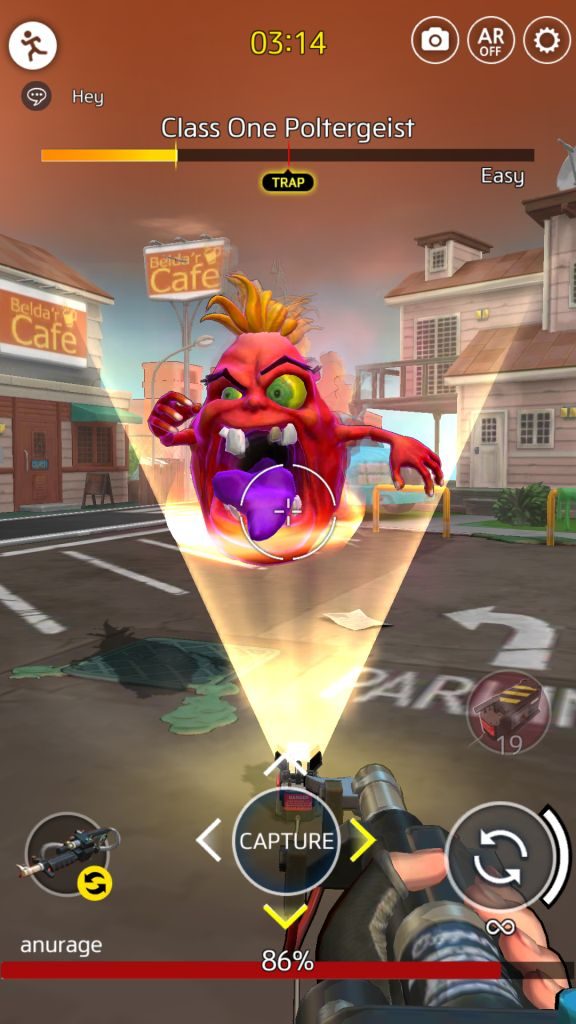 An in-game tutorial explains all the bare basics, including moving through the map and battling ghosts in AR mode. You will have to fight ghosts to capture them. You can then recruit them to play turn-based battles in story mode. There are more than 100 ghosts to capture and you may have to travel far and wide to collect them. You also get an up close and personal look inside the world of ghosts with the help of “Tobin’s Guide”. The spirit guide shows a brief history and fun tidbits about each entity. There’s also a separate ghost collection that displays all entities captured. You can see their stats and improve their attributes using PKE crystals. There are lots of things to do in Ghostbusters World, but if you are looking for tips to find and catch ghosts, then you must read our beginner-level guide:

You will have to move from one place to another in search for new ghosts. Use the “ghost tracker” to find them. Tap the tracker icon on the right side of the map screen to find entities close to your area. The “ghost list” on the tracker will show all entities within your area. It also shows how far each entity is located on your map. Tap a ghost in the list to see whether there’s a possibility for a ghost to appear in your area. This way you can find entities and even mark them by tapping their portraits in the list. When you mark a ghost using the tracker, the game will alert you when that ghost appears or disappears in real-time, on your map. You can also find ghosts close to dimensional doors as the spawn rate is pretty high there. 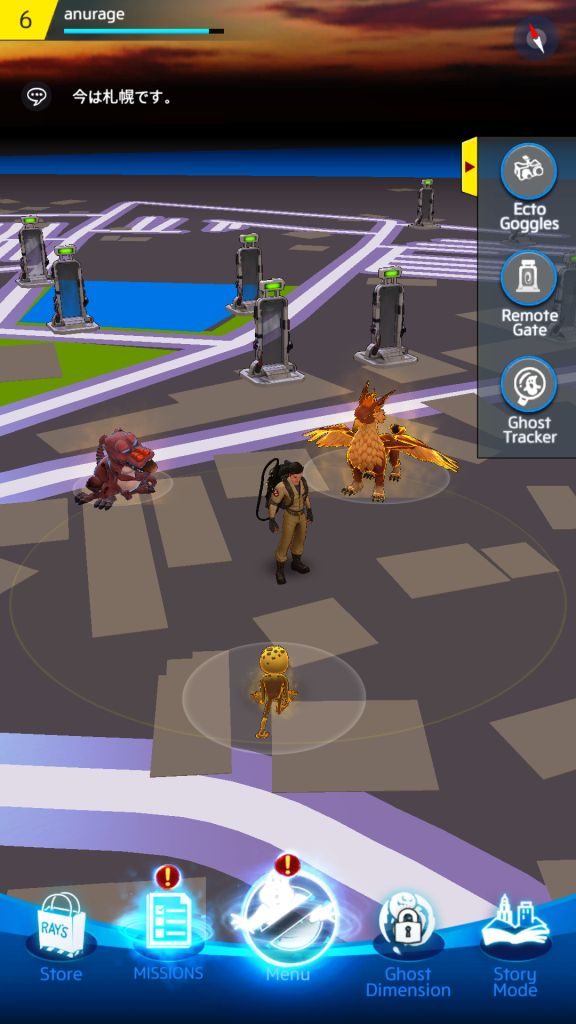 When you spot a ghost, tap it and then tap the “Go”. You are all ready to attack and trap him. Here’s a step-by-step guide to catch ghosts the right way:

Move your device to aim your screen at the ghost. Your weapon’s crosshair should be on the target. Ghosts will keep moving, especially the faster ones, but sometimes they slow down and stop moving, possibly when they are ready to attack. Use this opportunity to aim and press the blast button.

Your weapon’s crosshair shows up immediately after an animated ghost’s antics ends. Press and hold the blast button to attack him. Keep it pressed and move your phone along with the moving ghost.

You will have to press and hold the button to fire continuously if you are using the particle thrower. The Boson Caster is the best weapon to attack ghosts as it has a high damage per second (DPS) and it will take fewer hits to decrease an entity’s health. However, you will need Boson darts to attack ghosts. You will get these darts when you level up. You can also make darts under “Build” when you go to “Character & Equipment”. You will need coins to make them and have to wait for a few hours to create boson darts.

Use the particle thrower in the beginning and research to upgrade your weapon from time to time to make it more powerful. Use weapons like the Boson Caster only when your current weapon is overheating or when you are facing an obstinate ghost who can be trapped easily.

Just before a ghost attacks you, a counter button will show up for a few seconds. Press it to nullify his attack. Make sure you tap and hold the counter button quickly when it appears. The counter button is a quick time event and you will have to press the button before the big white circle contracts to fit inside the red circle.

When a ghost’s health drops 50 percent or below, it’s time to capture him using a trap. Don’t stop attacking. Keep the blast button pressed and tap the trap icon located on the right side of the screen. When the trap opens, hold the blast button and move your phone to position him at the top of the trap. It will capture the ghost. When the red LED on the trap lights up, it’s a confirmation signal that you have successfully captured the ghost.

Now that you know how to trap evil entities in Ghostbusters World, find out how to improve your ghost capturing skills with the help of these tips and tricks:

Some ghosts, especially stronger supernatural entities, are not easy to capture and it will take more than one attempt to trap them. When the ghost is captured for the first time, the trap will shake a bit, but the red led won’t light up. The ghost will push himself up to break open the trap. This is when you can switch to a different weapon as your current weapon may be out of ammo or will overheat when you attack. Make sure you take a spare weapon with you, such as a Boson Caster. It will serve as a secondary weapon with the particle thrower as your primary weapon or vice-versa. If you want to deal more damage to an entity when you begin attacking him, just switch to Boson Caster by tapping the weapon icon on the lower-left corner of the screen.

You will be able to unlock more advanced weapons when you reach certain levels. For example, you will unlock the Meson Collider when you reach player level 20. This weapon can be very useful against multiple ghosts (yes you will face several of them as you progress). Once you unlock, you will have to research a weapon before you can use it.

You can upgrade your primary and secondary weapons by researching their traits. All you have to do is tap menu > character and equipment > equipment. Now tap your weapon 1 or weapon 2 and then tap the blue “research” button. You will have to spend coins to research certain attributes of a weapon. 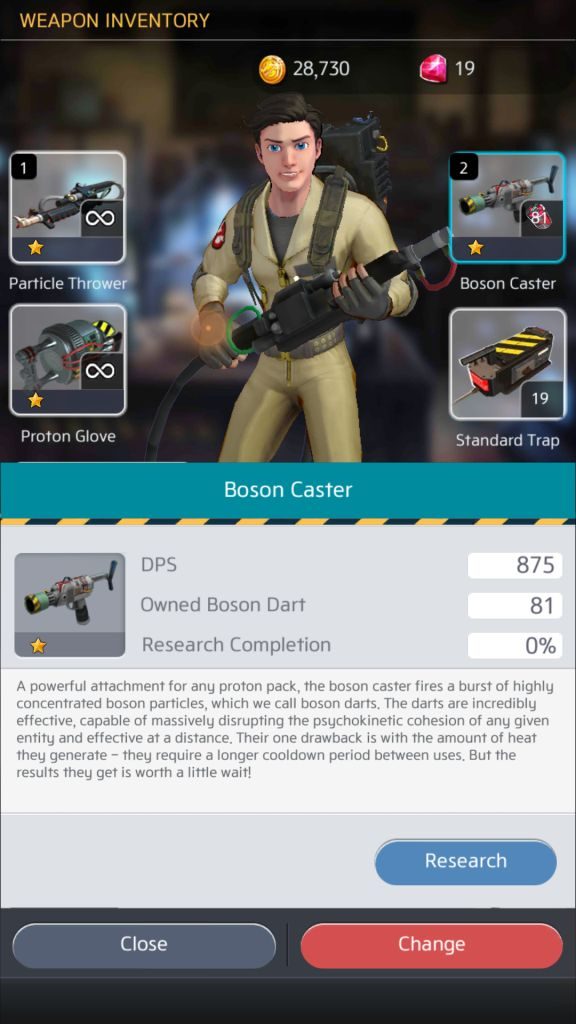 In case of the particle thrower, the first attribute is “increase damage” and you can research five times to increase max damage. You will then unlock the next research options, such as increased beam duration and increase damage. You can research any of these two attributes 5-5 times to unlock the next set of attributes. This way you can make your weapon more powerful and you should do it if you want to capture stronger ghosts.

Use an Advanced Trap

You may have noticed that a stronger ghost can’t be trapped easily and he will break open the trap, forcing you to use another trap. Thankfully, there are more powerful traps that can be used against such obstinate entities. There are two more traps: Advanced, which unlocks at player level 10 and Master Trap, which is available at player level 20. The advanced trap can be particularly helpful to capture stronger ghosts and the chances of them breaking it open are lesser than the standard trap. Once unlocked at level 10, you can create more advanced traps using coins in the build menu.

How to Level Up Faster

When you level up, you not only get darts and traps, but also get closer to reaching certain levels that will let you unlock advanced traps and weapons. In Ghostbusters World, the best way to level up faster is to capture entities. You will get lots of XP when you successfully capture a ghost. You will get additional XP on winning a battle in story mode, but the XP you receive from a story mode level is less than the XP you get for capturing a ghost. The more XP you receive the faster you will level up, so attacking ghosts and capturing them is the best way to reach higher player levels quickly.

Sometimes, you may come across duplicate ghosts. You may encounter a one-star duplicate ghost that you don’t need for your ghoul collection. You can ignore such ghosts or attack them, but when you attack, you don’t have to trap an entity. Keep blasting until the entity’s HP decreases to zero to “destabilize” him.

Destabilizing a ghost won’t go waste. You will receive coins, PKE Crystals and slime shards. PKE crystals are used to upgrade a ghost and slime shards are used to rank him up. You can also destabilize an entity from your ghost collection. Tap a duplicate entity’s card and then tap the recycle icon, located just beside the lock icon on the bottom of the screen.