How to Beat Levels in Gardenscapes: New Acres – Tips and Strategies

Gardenscapes was one of the most-played games on Facebook. And now with mobile gaming on the rise, New Acres is on its way to become one of the best games on the app store. For those not in the know, the first game combined hidden object with simulation.

Players had to renovate a garden but before that they had to solve hidden object puzzles to rebuild it. The game combines match-3 with gardening sim.

In New Acres, you will need to beat match-3 puzzle levels to earn stars. Stars can then be used for rebuilding your dream garden. Everything from cleaning the ground to changing benches to decorating the garden requires stars and many tasks will require more than one star.

You will have to make the most of explosives and try every trick in the book to win levels. With the help of these tips and strategies, you will know how to get lives, earn bonus coins and take advantage of power-ups to complete objectives faster, But before that, do check out our gameplay video below.

How to Complete Objectives

There are three main objectives as of writing this guide:

3. Bringing lemonades down to the bottom of the game board

At later stages, the game challenges you with two of three objectives at the same time, and it can become quite difficult to complete them with limited moves in hand. These quick tips will help you clear as many pieces as possible to complete objectives and beat levels:

1. Know what type of pieces is needed to complete the objective. Focus on gathering only those pieces and try to take advantage of Rainbow Blast power-up to collect them.

So if the game demands an X number of apples, then try to bring an apple close to the Rainbow Blast power-up and the swap their places to remove all apples on the game board.

Create as many Bombs and Dynamite power-ups as possible to trigger bigger explosions. This will remove several pieces on the game board and newer pieces will fall from the top.

2. Gnomes are hidden underneath grassy patches. The grassy patches to be removed first to unearth gnomes. A grassy tile can be removed only when you match pieces around it twice. Here, the use of explosives like firecrackers, dynamites and bombs are crucial to clear the area that hides a gnome.

Focus on matches of 4 or more to create as many explosives as possible and then denote them one by one to remove grassy tiles. Do remember that the entire area above a gnome needs to be removed completely to pull it out.

3. To bring lemonade down to the bottom of the game board faster, try to match 3 or more pieces vertically in the same column where the lemonade is placed.

– Create a firecracker by matching 4 pieces of the same type. Now swap it with any piece to trigger a mini-blast. The firecracker power-up’s cross-shaped blast blows everything within a one-tile radius. You can even detonate the firecracker or any power-up by just double-tapping it.

– Match 5 pieces to create a Bomb power-up. Now swapping bomb with any piece or double-tapping it will trigger an explosion much bigger than the one produced by detonating a firecracker. It will remove pieces within a 2-tile radius. You can also match pieces in a T- or L-shape to create a Bomb.

– Matching 6 pieces will give you Dynamite. Double-tap it or swap it with another adjacent piece to detonate and blow pieces within the 3-tile radius.

– Want to produce a massive explosion that clears almost half of the game board? Why not match 7 or more pieces to create a TNT barrel? Now use this power-up wisely as it can help complete your objectives much faster. Try not to denote when it sits on corners of the game board. Double-tap it when it’s placed in the middle of the game board to remove more pieces.

– The Rainbow Blast charges each time a power-up explodes. Keep detonating dynamites, firecrackers, bombs and TNT barrels to fully charge it. Once charged, it gets dropped to some random area within the game board.

– Try and experiment swapping different types of explosives, such as a Bomb with a firecracker or Dynamite with a TNT barrel. Doing this will trigger a bigger explosion and will also charge the Rainbow Blast power-up faster.

How to Get More Lives

Levels will be tough to beat and pieces will be randomly arranged on the game board. You will have to play the same level more than once to complete it and may lose lives quickly. In such situations you will need to stockpile of coins so that whenever you are out of lives, you can spend them to get all 5 back.

Coins play an important role in this game and the best part is that you can earn them without spending real money. Not only can they be used to purchase the choicest furniture and décor to adorn your garden, but also get lives. Here’s how to earn more coins to get lives:

When you fail to complete a level, the game will recommend extra moves for a price of 900 coins. Resist the temptation and play that level again.

You will get only 5 extra moves if you accept the offer. Unless the level can be beaten under 5 moves, don’t fall for the bait. The same 900 coins can be used to get all FIVE lives when you run out of hearts.

You will get 50 coins after beating a level. But you can earn extra coins. Try to complete all objectives with a good number of moves remaining at the end of play.

All unused moves will be turned into power-ups – bombs, firecrackers etc. and they will automatically explode adding bonus coins to the total coins. All unused power-ups on the game board will also explode, which means more coins for you.

Check the mailbox to get rewards. The mailbox will also contain hearts requested from friends. Also, don’t forget to connect to Facebook to get a big bag of coins. Once connected, you can also send lives and request hearts from your FB buddies.

Editing an object requires players to tap and hold it until a list of furniture styles is shown. Players can then change the current furniture by choosing a different set altogether.

But a switch over to a new set will cost coins and you may have to spend 15-20 coins or more to make the changes. As you progress, you may change your mind and prefer a different bench style or a new fountain, but I would advise not to change too often, unless you have plenty of coins. Save coins for lives.

You will unlock boosters as you progress through levels. You will have limited number of boosters of one type, so use them wisely.

When the game introduces an unlocked booster, it will force you to use it, but you can choose not to by tapping the unlocked booster to “uncheck” it. A selected booster will have a check mark on it. Just tap it to uncheck it. You may use it later, on a hard-to-beat game board. 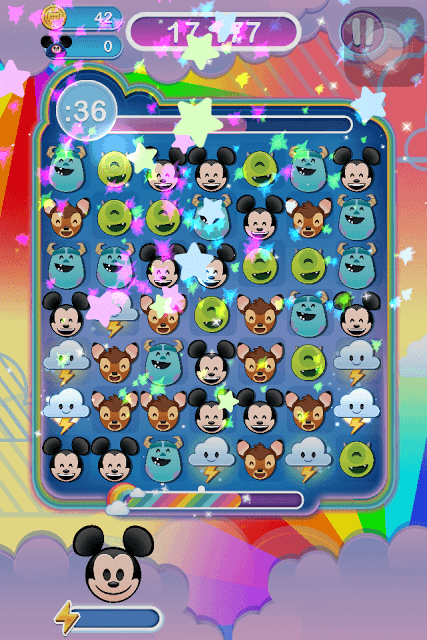 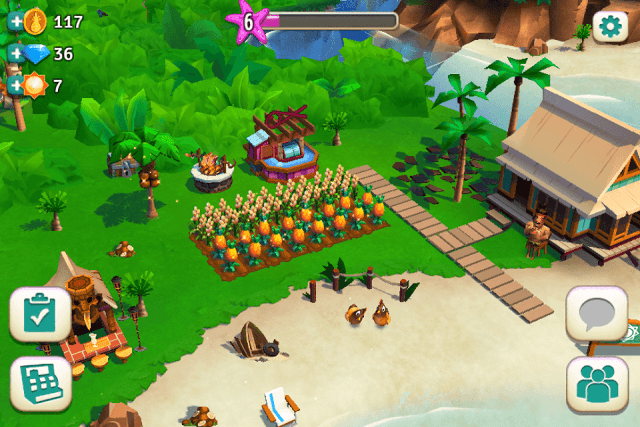 How to remove gardenscape from this phone?

Uninstall it by long pressing on the app. I am guessing you are using an Android device?

I'm stuck on level 2857. I've used everything I had I've been stuck 6 days can anyone help

Stuck on level 88. I concentrate on getting the most power ups, but it takes all i got to break thru chains and I can't figure how to break the chain on lemonade. I did it once by accident, but haven't figured out how.

I have been stuck on levels for weeks on end, used all of my boosters and coins. I leave the game alone for a few days, logging in to collect my daily boosters, tho😉 after a few days of not playing the game, I can suddenly beat that hateful level. It’s worked for me numerous times. Today I am on level 3035....stuck, again....hope this helps a little....don’t give up!

I absolutely got addicted to this game and I love it. But I've been stuck on 164 for over a week now! I want to throw my phone sometimes it gets so frustrating I'm not getting nothing done at home I'm going to have to delete this game or something because it's driving me crazy. I can't get those T to drop get a bunch of power boosters and I got it all the way down to one but then it drops in the corner and I can't get it back out or it moves back up. It's frustrating!