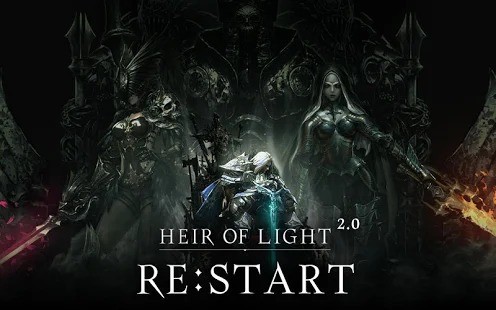 GAMEVIL looks to provide substantial new upgrades and features through this new coat of paint. The game will now introduce a brand new “Servant Transcend” system, as well as the ability to awaken Servants to their 3rd, 4th, and 5th Awakening forms. Furthermore, a new 5★ Servant named Lenore has been added, as well as three Avatars: “Leto”, “Charlotte”, and “Gretel.”

The game has also made many tweaks under the hood, thanks to player feedback. For example, when attempting dungeons, players will now have access to a Recommended Character function and a Friend System which allows players to send Friend Requests, gift and receive Friend Points, etc. Additionally, the game now includes Relation Effects for Servants.

HEIR OF LIGHT has been proactive and diligent about providing details about update features through the game’s official site and forum, as well as taking user feedback. While outlining updates, the developers have provided a Q&A section for players to be able to ask questions and engage with the team regarding the game’s content.

In celebration of this big update, HEIR OF LIGHT will be holding an event where players can receive a guaranteed 5★ Summon.

HEIR OF LIGHT is a collecting RPG developed by Funflow (CEO Kyung Hyun Son), creators of the hit game KRITIKA: THE WHITE KNIGHTS.

The game features a visually-striking dark, fantasy world and is available on both Android and iOS worldwide.