Gameloft’s Disney Princess Majestic Quest is one of the few best story-driven puzzle games available on the Google Play Store. A gem storm hits several kingdoms and it’s up to our brave and charming princesses to rebuild their kingdoms and find out the mystery behind the magic storm. You will have to help them repair their rooms hit by the storm by completing challenging match-3 puzzle levels. Earn stars from each level and use them to complete various quests.

This game also presents multiple-choice decision points. You will have to select one, which will allow our princesses to take the right decisions in their quest to unearth the secret behind the mysterious gem storm. If you want to journey through all Disney Princess worlds, visit amazing game locations and complete all quests, then read these tips and tricks to know more about boosters, combos and the best way to complete levels.

Boosters play a key role in finishing objectives faster. Here’s a complete list of boosters and their uses:

2. Match five gems of the same color in an L-shape or T-shape to create a Blast. Double-tap a Blast or swap it with any gem to activate it. It will explode, clearing a lot of gems surrounding it. The explosion radius is quite large, so expect a lot of gems to be removed when you activate this booster.

3. Making a square match will create “Wings”. You will have to match 4 gems of the same color in a square to create one. Now double-tap Wings and it will fly to a random gem or obstacle to remove it. Wings are very objective-focused. You will notice that when you activate Wings, it will clear an obstacle or gather an object which is part of an in-game objective. It can be a last-minute savior, when you need to gather a single autumn leaf or break amber to free a fairy from the board.

4. Match 5 same-colored gems in a row to create a Tonic. Now swap a Tonic with a gem next to it and all gems of that color will be removed from the board. Can be very useful to remove a ton of gems from the board, but it cannot clear those gems that are trapped inside amber.

5. Disney Princess Majestic Quest introduces a new feature – “Bag”. This magic pouch contains a random booster. To create a Bag, you will have to make two matches at the same time. To open the bag, make a match near it. You will then obtain a bonus booster from it. When the bag reveals the boosters, tap to activate it.

Combos You Must Try!

Just like other match-3 puzzle games, Disney Princess Majestic Quest lets you create booster combos to clear a lot of gems or obstacles from the board. To make a combo, you will have to swap two boosters located next to each other. Here’s a list of combinations and their effects on the board:

– Combine two flares to unleash a cross-shaped blast that will clear a row and column at the same time.

– A Blast-Flare combination can do wonders. Just swap them and they will clear three rows and three columns instantly.

– Combining two Blasts creates a bigger explosion. The explosion radius will be much bigger than a single blast.

– A Flare-Wings combo makes the wings fly to a random location, clear a gem or obstacle and activate the flare, which will remove a row or column depending on its position.

– Combine a Blast with a Flare to see the magic! The flare flies with the Blast and drops it on a random gem. The Blast booster explodes clearing a lot of gems around it.

– A combo of Tonic and Flare or a Tonic and Blast can be used to clear several gems at once! When you combine either of the two with a Tonic, it creates and scatters multiples of Blasts or Flares all over the board. Every booster on the board will be activated automatically, removing a lot of gems from the board.

– Combine Wings with a Tonic and it will create several Wings. Just like the above, all wings will be activated and they will fly to random gems, rescuing fairies, collecting autumn leaves or removing amber from the board.

– A Tonic-Tonic combo is the ultimate combination as it clears the entire game board. Try combining two tonics to see the magic!

Each time you complete a princess quest using stars earned from match-3 puzzles, you obtain a heart-shaped key. Collect a certain number of keys to unlock new Princess locations, such as Belle’s Ballroom, Ariel’s Triton Throne Room and others.

How to Use Boosters to Complete Objectives

As you already know, you can either double-tap a booster or swap it with a gem next to it to activate boosters. If you are focused on your objective, you won’t want to waste a single Flare or Blast. To make the most of a booster, first check if it’s close to a group of obstacles such as the amber, or trapped fairies or autumn leaves. Let me explain this with the help of an example:

If a vertically positioned flare is located adjacent to a column full of trapped fairies, don’t double-tap it as it will activate in the same column. Just move it to the column full of fairies by swapping it with a gem on that column. This way you won’t waste a flare and it will be used to complete your objective faster.

How to Get Coins

You can use in-game coins to buy extra moves when you run out of them while completing a level. Coins are also used to purchase hearts or lives. Here are a few ways to get them:

Another way to get coins is by watching videos. On the home screen, tap the play icon located on the right side of the screen and watch a video to earn coins. You can watch several videos in a row to earn rewards.

You will also receive gifts or “Royal Rewards” from Disney Princess Majestic Quest. Gifts include 1000 coins and a few boosters. I am guessing these are pre-registration rewards. Let me know if you have received them even if you haven’t pre-registered for the game. 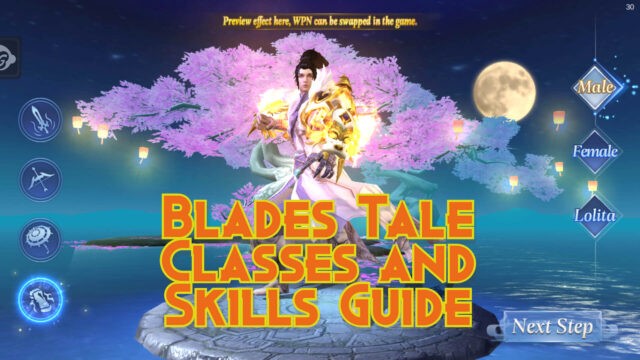 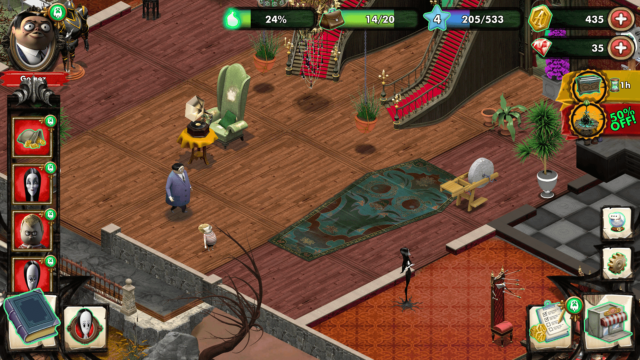 Next
How to Play Addams Family Mystery Mansion: Tips and Tricks for Beginners
Click here to cancel reply.