Disney Emoji Blitz is proof that fast-paced match-3 puzzle games can be a whole lot of fun. The game lets you match 3 or more emojis as fast as possible before the timer runs out. There are various missions to complete and finishing a set of challenges will unlock a treasure chest.

But the fun does not stop here. The game also lets you unlock and collect various Disney character emojis. They can then be enabled on your keyboard and you can use them on messengers like WhatsApp. While this fun puzzle game lets you collect cute emojis, there’s another match-3 game named Disney Pop Town that lets players collect adorable costumes.

Each “Hero” emoji you have collected has a special power that can help you clear several objects from the game board. You can select an unlocked emoji anytime, and use its special moves to score more points. If you are looking to beat other players’ score on the online leaderboard, collect more points and make the most of special moves and power ups, then follow these quick tips, hints and strategies:

The starter emoji is not only cute, but also possesses special powers that can help you clear several emojis on the game board. There will be 3 characters and you will need to choose one of them. Each emoji offers a unique power-up. For example: Sulley roars and scares random emojis off the board. Ariel creates a bubble wave to clear away a set of emojis and with Simba, a group animals run left and right to clear a row of emojis. After choosing a starter emoji, it will be unlocked and added to your smartphone/tablet keyboard.

The power-up of your starter or Hero emoji is activated when his/her power meter charges up. The power up meter is located at the bottom left corner of the screen. It charges a bit every time you match 3 or more Hero emojis. It won’t fill if other emojis are matched. Once it fully charges, tap it to activate power-up.
First emojis won’t be available sooner or unlocked, so choose your starter emoji wisely. You can later switch to an unlocked emoji later by tapping the “More” button on the Missions screen.

2. How to Earn More Bonus Points in Blitz Mode

The Blitz meter at the bottom of the game board fills little by little every time you clear emojis. The more emojis you clear in one move, the faster the meter fills up. Look for 4 or more matches if you want to fill the meter real fast. When it is full, you will enter Blitz mode, which gives you a chance to earn extra points for a few seconds. What you have to do is match as many objects as fast as possible to earn bonus points until the bonus mode is active.

You may have noticed that reaching a score target is one of the missions that you will need to complete in order to level up. The bonus points earned in Blitz mode can help you complete the score target mission faster. And guess what? Reaching a new level will increase the blitz mode bonus by a certain percentage. Here are a few tips and strategies to earn more bonus points in blitz mode:

You can activate the power-up meter at the bottom left corner of the screen when the Blitz mode is active. This way you will be able to clear more emojis quickly as the bonus mode stays on for a few seconds and you will have to remove as many emojis as possible. Save power up meter for Blitz modes to get max bonus points.

Before start of play, the game lets you buy boosts such as Full Power and Sunshine. Use such boosts as soon as the blitz mode is activated so that more and more emojis get cleared from the game board. Try and use the extra time boost when the Blitz mode starts (I am not sure whether this will extend the time, but there’s no harm in trying).

Try to look for bigger matches when the mode is active. Match 4 or more emojis to create power-ups and quickly swap with any emoji to clear more objects from the game board.

Lightning Cloud: This power up can be created by matching 4 emojis of the same type. The lightning cloud can be used to clear a row or column of emojis and it totally depends on the direction you move it. If you swipe up/down, then a column will be cleared. If you move it left or right, an entire row will be cleared.

Swap a rainbow star with a lightning cloud and you will several lightning clouds scattered all around the game board. Swap it with Sunshine power-up to create several sunshine tiles.

Sunshine: To create Sunshine, you will need to match 5 emojis in an L- or T-shape. Once created, swap it with any emoji to trigger a cross shaped blast, which will clear a column and row at the same time.

Swap Sunshine with Lightning Cloud to trigger a star-shaped blast, which will not only clear a column and row of emojis, but also clear emojis in a diagonal line.

4. How to Set up Disney Emoji Keyboard and Use It

So you have unlocked an emoji and you are happy that it will be added to your smartphone keyboard. You go to WhatsApp or email just to flaunt new Disney emojis to your friends and relatives, but to your surprise, there aren’t any that you have collected so far. Well, you will need to give full access in order to start pasting them on messages. To do this, follow these steps:

The most awesome thing about the unlocked emoji character is that it will have different emotions. So if you unlocked a Mickey Mouse Emoji, then you will find a crying Mickey, laughing Mickey, teasing Mickey etc.

5. How to Bring Down Items to the Bottom of the Screen Faster

Items look different from emojis on the game board. They can be souvenirs, fruits, drinks, Mickey’s special items and many more. Once you have unlocked the “Item collection” tab, you can start collecting them. They will appear randomly on the game board.

There are various types of item collections, and each collection provides a unique reward once you have all items. Collecting all “Magic Morsels” items will grant you gems. Once you complete this set, a new collection titled “Mickey’s Stuff” will be unlocked. And completing this collection will get you Sunshine, lightning cloud or any other power up. There are several collections, which can be accessed by tapping the third tab beside leaderboard.

To collect items, you will have to bring them down to the bottom of the game board and make them disappear. Once you collect a set of items, you will receive a special prize. The collected set will also be added to your emoji blitz keyboard.

6. Complete Missions to Get Lots of Coins and Other Rewards

Completing missions will help you get closer to the treasure chest. The chest unlocks when the “Missions” meter is full. The Missions meter fills a little every time you complete a mission. There are various types of missions and there’s no hurry to complete them. Just keep playing the game to complete them as and when you want.

When the treasure chest unlocks, you will receive plenty of coins. Save the coins to open the Silver or Gold box, which may contain a brand new Disney character emoji.

Every second counts, so you try to match as many emojis as possible. You can match two sets of 3 or more emojis at the same time. So once you finish swapping emojis to make a match, quickly spot another potential match and swap emojis to get another match at the same time. This way you will keep matching emojis and earn more points. You should have a keen eye in spotting potential matches. Apply the same strategy in Blitz mode as well.

The game offers a free prize every 8 hours. Free chest provides gems, coins, but chances of getting an emoji are less. To get an emoji, spend 15000 coins to open the Silver Box. To get a rare emoji, spend 30000 coins to earn Gold Box. 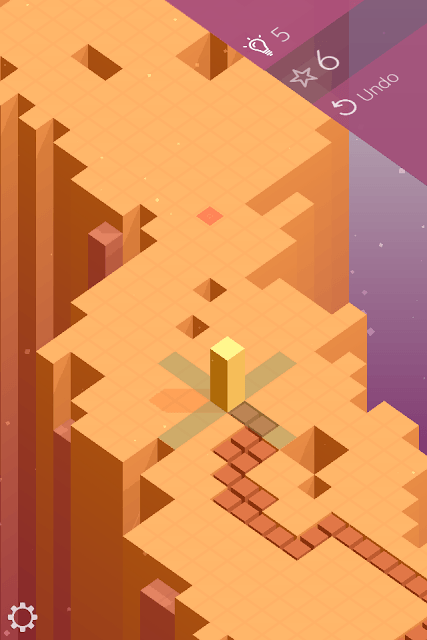 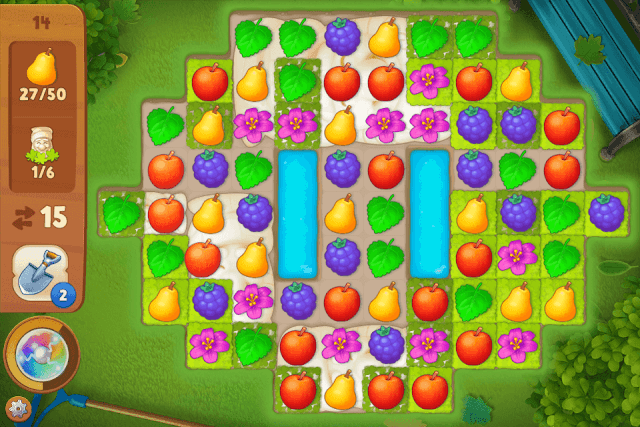 Next
How to Beat Levels in Gardenscapes: New Acres – Tips and Strategies
Click here to cancel reply.