Days of Doom is a turn-based strategy/hero collecting game from Atari Inc. It’s a zombie-themed game where survivors have to eliminate the “plagued” to survive the wastelands. Collect hero survivors, put their fighting skills to test and wipe out the undead menace from the wastelands forever.

Gameplay reminds me of The Walking Dead: Road to Survival. Combat is pretty slick and the visuals are straight out of a dark graphic novel. There’s also town/resource management elements in this game. You will have access to buildings that will allow you to generate resources, construct buildings such as the watch tower and hospital to hire more heroes and heal them respectively, obtain new heroes from the tavern and level up/train heroes in the training yard.

Missions are divided into chapters. Finish off zombies in a mission to move to the next. Complete all missions in a chapter to open a new one, rebuild your sanctuary and customize your heroes by equipping the deadliest weapons and other items to make him/her stronger. Our beginner-level Days of Doom guide will help you progress through missions effortlessly:

Food: Food is used to begin a mission, recruit and train heroes. Build farms and upgrade them to obtain food at regular intervals. You can build additional farms after upgrading the town hall to a certain level.

Leveling up a farm not only increases the per-hour food production, but also increases the storage limit. You will be storing more food at every upgrade.

Scrap: Another important resource, scrap is used to construct and upgrade buildings, buy items at the market and purchase new districts as you progress.

Build the workshop to obtain scraps at regular intervals. Workshops regularly produce scraps. When scraps are ready to be collected, their icon will be shown above the workshop (applies the same to food/farms). Collect scraps and if you want to increase storage, level up the workshop. You can also build additional workshops when you upgrade the town hall to a certain level.

Build the depot to increase the storage of scraps. Reach town hall level 4 to unlock the depot.

Runes: In Days of Doom, runes are premium currency, but there are some ways to obtain them for free. Runes are used to recruit new heroes at the tavern and buy common, rare and epic chests from the shop.

You can obtain runes for free by completing daily and lifetime goals. Tap on the book icon on the left side of the screen to access goals. Complete missions to earn XP and fill the player XP bar on the top-left corner of the screen to level up. You will get bonus runes when you reach a new player level. Play the game daily to get login rewards. You will receive runes on certain days.

Get Rid of Healers First

In Days of Doom, Leechers are healers who apply “regeneration” to one their allies. The regeneration buff increases the ally’s HP in every new turn.

You must get rid of the leecher as soon as possible before he starts regenerating more than one ally. Tap to target him.

Heroes with High Speed Stat Get to Attack First

Combat is turn-based so you must know when your heroes turn arrives.

During combat, pay attention to the turn sequence on the lower-left corner of the mission battle screen. The first portrait shows who is going to attack first, whether it’s a hero or the enemy.

Click on the turn sequence to see the full list. A hero or enemy’s speed stat determines his/her turn. Higher speed character will get their turn first. In my team, I had Leo and Allen whose speed stats were pretty high, which is why they always got the first turn to hit enemies. However, leechers (enemy) are faster than my heroes and so in most occasions he will get to attack first in the beginning.

Hero Skills at a Glance

A hero possesses three skills. During combat, a hero’s skills are displayed on the bottom-right corner of the screen. Tap to use it. The first skill is actually the primary attack button.

When the battle begins, you can use any skills, but do remember the turn count of the second and third skill.

Include Heroes with Skills that Provide Buffs/Debuffs

For example: Leo’s third skill, “Assassination” applies “poison” on two characters, the target and the character adjacent to the target.  The “poison” status effect drains 10 percent of maximum health from the target enemies for three turns.

Always pay attention to the third skill while hiring a hero at the tavern. Hire those whose skills provide certain buffs/debuffs.

The town hall is located in the middle of the district and looks different from the rest.

Upgrading the town hall unlocks new buildings and allows you to upgrade existing ones.

You will also get access to more resource generating buildings when you upgrade the town hall to a certain level.

The Watchtower Expands Your Hero Team

The watchtower not only unlocks new missions, but also increases the size of your hero team.

Tap on the robed person icon on the bottom of the screen. Under heroes, you will see all heroes you have recruited from the tavern or rescued from a particular boss mission. However, there’s limit to the number of heroes you can keep. This limit is displayed just beside the word “HEROES”. To increase this limit, upgrade the watchtower.

The Heroes page in Days of Doom is different from the hero lineup that appears just before a mission begins. The lineup lets you choose the best heroes to fight enemies, whereas the heroes menu displays all heroes you have collected so far.

You can have up to 5 strongest heroes in your lineup in the battle against zombies. To unlock additional slots (slot number 4 and 5) in your lineup upgrade the town hall to level 3 and level 4.

Another way to increase the limit of owned heroes is the Living Quarters. Upgrade the Town Hall to level 4 and then tap on the buildings icon (wrench/hammer icon) on the bottom to build the living quarters.

Heroes defeated during combat are automatically shifted to the “Hospital”. All defeated heroes will be moved to the hospital after combat.

Downed heroes that are shifted to the hospital will take some time to heal. In level 1 hospital it will take 10 minutes to completely heal a hero. You can decrease the time required to heal heroes by upgrading the hospital.

There will be only 1 hero bed in the first level, you can increase the number of beds to accommodate more heroes heal at the same time in the hospital. To do this, you will have to upgrade the hospital.

To level up a hospital, you will have to upgrade the Town Hall first. So if you want to level it up to level 2, upgrade the town hall to level 4 first.

Recruit New Heroes at the Tavern

The purple-colored tavern allows you to recruit new and unique heroes at regular intervals. Keep visiting the tavern for new limited time offers.

Once you build the tavern, tap on the building. You will see three unique heroes for hire. For some heroes, you will have to pay food to hire them. However, you will need runes to hire rare heroes.

You can obtain runes for free by completing daily and lifetime goals. Tap on the book icon on the left side of the screen to access goals. Complete battles to earn XP and level up to get bonus runes. Play the game daily to get login rewards. You will receive runes on certain days.

New selection of heroes are available every few hours. However, if you want to get a new list of heroes instantly, tap on the “See Now” tab and watch a 30-second video.

Level Up Heroes at the Training Yard

The Training yard is where heroes are made stronger. Once you upgrade the town hall to level 3, you can build this building.

Tap on the training yard and then tap on “train”.

You can level-up up to three heroes. Tap on the + symbol on each empty slot to select heroes. It will take 5 minutes to level up heroes. You can speed up time by watching an advert or using runes.

You will need food + training supplies (book icon) to level up heroes.

Leveling up heroes improves key stats, such as health, damage dealt to enemies on each hit, armor and resistance to enemy hits.

How to get Training Supplies

Training supplies are used to level up heroes.

You will receive training supplies as rewards from certain missions. Play the game daily to win supplies on certain days as part of the daily rewards.

Another way to obtain training supplies in Days of Doom is the chest. Go to “Shop”. You will see two chests – Ad and Daily. The ad chest may contain 15-20 supplies. The Daily chest contains 10-15 supplies.

You can also open common and rare chests, but you will need runes to open them. Common chest contains 20-30 training supplies whereas rare chest contains 50-100 and epic chests contain 200-300 supplies.

Equip Items to Your Heroes

In Days of Doom, items improve hero stats. You will get them from missions, chests (go “shop” to access chests) and from daily rewards if you login to play the game every day.

When you acquire a new item, go to the heroes page – tap on the hooded character icon on the bottom of the screen.

“New Item” will displayed over all heroes icon.

One or more of the empty item slots surrounding the hero will glow. Tap on them. Next, tap on the item to equip it.

An item can be equipped to any one hero of all heroes in your team. Items are not exclusive to a particular hero, it’s available to all heroes. Choose the one you feel needs the most and equip the item to that hero to increase his stats. 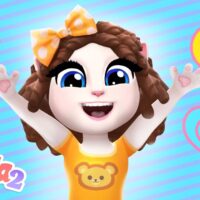 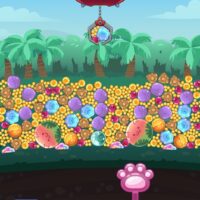