Claw Stars has had amazing support and tons of positive feedback since starting Early Access. Right now, there are over 60,000 Early Access testers after having added more openings twice. The game will be opening for Pre-Registration on April 20, 2021, for Android and iOS. Developers will be giving out exclusive in-game rewards to all Early Access and Pre-Registered players upon launch!

In Claw Stars, you will be playing as an evolved spacefaring hamster, exploring galaxies, discovering new planets and rescuing creatures in this exciting new casual multiplayer game.

Armed with a claw machine, your spaceship will be picking up relics from abandoned zones in each new planet. These relics contain trapped creatures, coins and special contraptions that can be used to steal valuables from other players. Oh, did I tell you that Claw Stars is a social multiplayer game?

You and other players from all over the world will try to sabotage each other using traps picked up from abandoned zones. You can hack their habitats to snatch coins, place blockades on their buildings or kidnap their creatures for bonus coins. Other players will also do the same, stealing coins from your habitat. You will be notified of any such sabotage from time to time once you open the app.

The game lets you manage your own habitat, where you will be restoring old buildings and placing animals rescued from the abandoned zone. Each new planet will let you own a new habitat and save new creatures.

Claw Stars is in early access stage and looks very promising. I love the social aspect of this game. The Kawaii creatures, especially those hamsters, are very adorable and the visuals are bright and beautiful.

Check out our beginner-level Claw Stars guide to know more about this game. But before that, do watch our gameplay video for a basic tutorial:

The abandoned zone has those small blue orbs that may contain trapped animals. Move the spaceship above such orbs and grab them to rescue animals.

All rescued animals will find their new home in your habitat. To find your habitat, swipe up when you are in the abandoned zone.

In your habitat, there will be three buildings that need to be restored. You will have to spend coins to restore them. Keep upgrading to restore buildings to their former glory to earn blue stars. Collect 100 stars to get a surprise gift.

While grabbing blue orbs to rescue animals, you will also pick up some of those shiny purple capsules. These capsules contain interesting items that can help you snag gold from other players. You will also get some useful items that will protect your habitat.

Since Claw Stars is a social multiplayer game, it lets you sabotage other players for fun, grabbing their hard-earned gold using various contraptions. Let’s find out what a purple capsule may contain:

Kidnap Cage: When you find this item inside a purple capsule, you will be able to kidnap animals from other players in exchange for coins. Your spaceship will quickly move to a random player’s habitat. Tap an animal to kidnap him. You will get coins in exchange for the kidnapped animal.

Drone: A purple capsule may also contain a drone. If you get one, it will protect your animals from being kidnapped by other players. Any kidnap cage thrown by a player will be destroyed by the drone. However, A single drone may only protect your habitat temporarily.

Extra Claws: You will have a limited number of claws to pick up stuff from the abandoned zone. Claws refill over time, but it will take some time to accumulate maximum claws. Thankfully, a purple capsule might contain bonus claws, so if you get them, you are lucky!

Blockade: When you obtain this item, you can use it to block off other players’ buildings in their habitats to gain bonus coins. You will choose the building from three buildings in a player’s habitat and the spaceship will drop the big blockade. Choose the biggest building to get more coins.

Hacking Pod: One of the most interesting relics you will find inside a random purple capsule. With this contraption, you will be able to hack into a player’s in-game bank to steal their coins.

When you obtain the Hacking Pod, a mini-game will appear on the screen. There will be 5 terminals connected to the player’s account. You will have to tap on a terminal to steal some coins from the player’s bank. There will be three attempts to hack any of the five terminals. A hacking attempt might fail if you select the wrong terminal.

Bomby Worm: Bomby worms are found inside blue orbs and not inside purple capsules. When you obtain one, the spaceship drops it and blow ups, destroying any surrounding stones in close proximity. Destroyed stones reveal ores. Collect ores to get a bigger claw.

How to Forge the Giant Claw

You will need a larger claw to grab bigger objects, such as the cute Jumbo piggy capsule.

To forge a giant claw, break the stones lying scattered all over the abandoned zone. Move the spaceship above such stones, pick them up and the claw will break them to extract ores.

Collect 30 ores to get a giant claw. Tap on the giant claw icon just beside the paw button to equip it.

Use the giant claw to pick up the Jumbo piggy capsule. Make sure you pick only the big capsule as you will get only one Jumbo claw. To obtain another, you will have to break stones to collect 30 more ores.

Fast Forward to Get New Relics

As you keep grabbing relics from the abandoned zone, there will be fewer objects to pick. The good news is that a new wave of relics will land on the zone once it has very few objects left.

The game will notify you of new relics and the time of their landing. You can fast forward time for free when you get the first notification. Tap on the green timer on the bottom-right corner of the screen to fill the abandoned zone with new relics instantly. In future, you will need 50 rubies to get new relics in the zone. 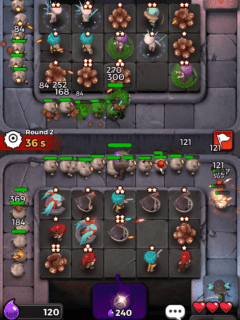 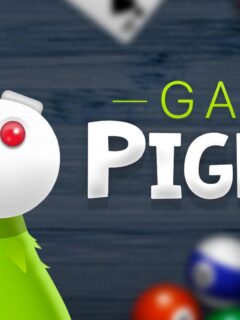