In Chess Rush, you will be competing against 7 other players. Your objective is to fight other players in PvP matches and be the last man standing by defeating others. You will be familiar with its gameplay if you have played games like Auto Chess, but are new to the auto battler genre, then you should know these game rules before playing:

– At the lower-left corner of the screen is your HP, the green bar. If it reduces to zero, you will be defeated and out of the tournament. You will lose HP every time you lose against an AI or human opponent. However, you won’t regain HP if you win. Keep that in mind while battling opponents.

– When you lose against a player, his surviving heroes will determine how much HP you will lose. The more heroes of the winning opponent survive at the end of the battle, the more HP will be drained from your health bar.

– Just above your HP bar is your level bar. Keep an eye on the level bar. When you level up you get an additional deployment slot for your hero. The more slots you have, the more heroes you can place on the battlefield.

You can check your current available slots on the top-right side of the screen, just beside the timer. You gain a little EXP after each battle, but you will gain more if you win a battle. When you level up, you will get an additional slot which means you can deploy one more hero into the battlefield.

– Before a battle starts, you will have to recruit a hero. Recruiting heroes will consume mana crystals. The hero recruitment screen displays 5 random heroes after every match.

Make sure you have enough crystals to recruit one or more heroes. The number of purple crystal below each hero shows how much crystals is required to recruit him/her. But first check how many crystals you have on the top-right corner of the screen. After each battle, you will gain additional crystals. Spend them wisely.

– While recruiting, make sure your bench is not full. If it’s full, then you won’t be able to recruit more heroes. Your “bench” (this is where you heroes are placed before battle) consists of 8 empty slots, so you can recruit a maximum of 8 heroes. However, you can free up space by upgrading heroes if you have three identical heroes.

– Before a battle starts, you will have some time to deploy your heroes. Just tap and drag a hero and drop him onto the chess-like battlefield. The 4×8 Grid is yours and you can deploy our hero anywhere around it.

– After the battle ends, you can replace your current battalion with more heroes. Pay attention to the available deployment slots on the top of the screen before replacing heroes. You cannot deploy more than the limit mentioned on the top-right side of the screen. The limit is reached, you can drag an unwanted hero back to your bench and place another hero on the battlefield.

Those were a few basic rules of Chess Rush. Let’s find out how to win battles with these beginner-level tips and strategies:

In this game, your party’s formation is one of the much-needed strategies to win a match. A basic formation will be to place tanks on the front and healers/ranged units behind them.

A ranged unit hardly moves and will move ahead only if the enemies are out of his range. You can check each unit’s attack range by tapping him. Squares will glow showing his/her range. Keeping this basic formation in mind, you should also consider formation recommendations by the game.

You will have to select a preset and the game will automatically arrange your units as per the selected formation. When the battle ends, tap the flag to bring up the recruitment screen and then tap the “recommended” button.

Now tap the formation tab. You will notice various presets such as Goat’s horn, Snake, Fish’s Scale, Turtle etc. For example: In Goat’s Horn formation, your party’s split into two teams, and each placed on the far end of your 4×8 grid.

Try experimenting with different formation presets in the beginning of the game and see which one works for you, or you can just create your own formation and stick to it if it’s winning you matches.

Make sure you deploy heroes of the same species/class to activate combos. For example: If you deploy three warriors, a combo will be activated in which all ally warriors’ armor is increased by 40. When you deploy heroes, pay attention to combo icons, especially the grayed-out ones, on the left side of the screen.

Tap on a greyed combo icon to see what’s the requirement to activate it. You can also get a full list of combos if you tap the scroll with an exclamation mark on the top-left corner of the screen.

You can check a hero’s class and other stats by tapping him/her. When a combo is activated its icon is colored.

3. Upgrade Your Heroes to Make them More Powerful

There are higher chances of winning a PvP match in Chess Rush if you have upgraded heroes (2-stars and above) on the battlefield. An upgraded hero’s ATK and health increases tremendously. To upgrade a hero, you will have to recruit two more identical heroes.

Since the recruitment screen shows random heroes, make sure to recruit a duplicate of a hero whenever you spot him on the recruitment lineup. This way you can collect three as soon as possible and merge them to upgrade your hero.

Love auto-battlers? There’s a new Auto-chess like game and it’s “Massive”, check out what we have written:

4. Equip Items to Heroes to Make Them Stronger

In monster rounds (for example: the first boar), creatures might drop valuable items that can be equipped to your heroes. Items dropped are stored in the big chest placed on the right side of the battlefield.

Tap the chest and then tap an item to check if there’s any hero available to equip that item. A hero’s icon will be shown underneath it. Tap the icon and the item will be equipped to your hero.

Items equipped to your heroes will improve their stats and make them stronger, thereby increasing your chances to win a match.

5. Use Extra Mana Crystals to Level Up

Many times, you won’t be wasting mana crystals to recruit heroes simply because you don’t need or the heroes shown in the recruitment screen aren’t good enough. Unused mana crystals accumulate in each round.

In case you don’t need those extra crystals, you can use them to level up quickly and get an additional slot for deploying more heroes. Tap the big circular button on the lower-left corner of the screen to gain EXP. 5 mana crystals convert to 5 EXP and you will have to keep tapping this button until your level bar fills up and you level up.

While recruiting heroes, you may have noticed a jelly-like green creature. He is Gurru and he is very cute and “non-violent”. So, what use could he be to players? Well, he is very useful as he acts like a wild card. You can use him to upgrade heroes.

If you have two identical heroes and you can’t find the third one, but you have Gurru, then you can use him as the third hero to upgrade that character. Always recruit Gurru whenever you see him on the recruitment screen.

Along with formations, Chess Rush also recommends various lineups. Lineups are not the same as formations. A lineup is a combination of different classes. The game’s recommended lineup presets not only come up with two or more sets of classes but also decides the composition in your team.

Example: In one preset, a lineup would consist 6 warriors and 4 goblins so if you choose this preset, your party on the battlefield will only consist of warriors and goblins up to those numbers.

You can experiment with different formations and lineups to get the ultimate team composition on the battlefield. 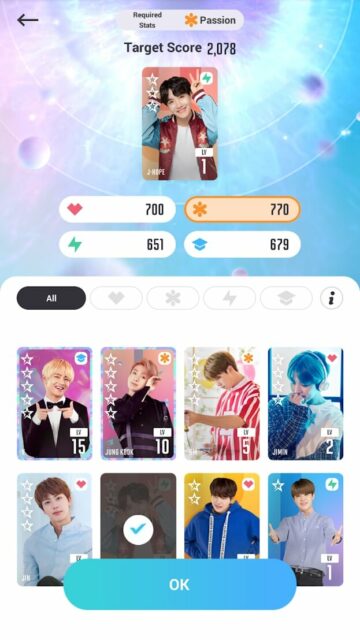 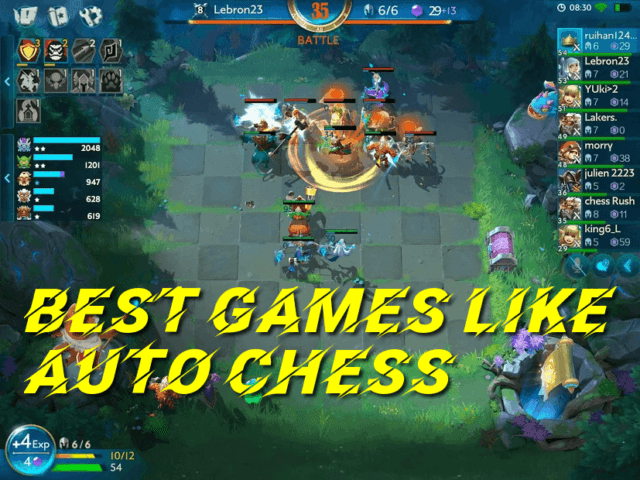