“In war, the victorious strategist only seeks battle after the victory has been won.” – Sun Tzu

This line from Sun Tzu’s Art of War hints at the importance of planning and skillful thinking in advance before a war is fought. In a strategy game, you will have to plan well in advance before you deploy troops to fight enemies. Strategy games have a big fan following and most gamers love military-themed ones. A strategy game is further divided into two sub-genres – RTS and Turn-based.

In an RTS or real-time strategy game, battles are in “real-time” and not in turns. Most RTS games are pretty fast-paced, which is why you will have to be quick in your actions and planning. Simply speaking, actions, whether movement of troops or attacking each other, takes place simultaneously in an RTS game. In turn-based strategy (TBS) games, a player and his opponent take turns to attack each other. TBS games are more like chess, but there are various new features added to make gameplay more exciting and engaging.

On Android, you will find several strategy games. With the release of Clash of Clans, a new sub-genre of strategy game became popular among players. The fast-paced nature of a mobile strategy game like CoC is what attracts gamers. However, there are a few games that follow the old PC strategy game mechanics. Check out some of our best strategy game guides: 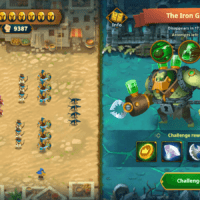 Game of Nations (GoN) is a stunning idle RTS game. It lets you choose a civilization from seven different civilizations, pick the most powerful troops, change your army’s formation to gain an upper hand during real-time auto battles, upgrade units to make them stronger and make the most of epic heroes to crush rival armies. … 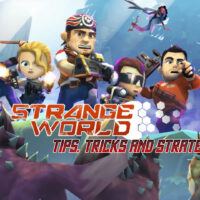 Strange World: RTS Survival combines real-time strategy with RPG elements. The game has a post-apocalyptic setting where a group of a rag-tag survivors try to find the cause of the alien invasion. They wake up from a deep “cryosleep” only to find themselves surrounded by mutants, bizarre flora and fauna and several deadly enemies. With …

Tom Clancy’s Elite Squad is the latest RPG/strategy game from Ubisoft Entertainment. Featuring real-time close quarters combat, the game lets you assemble a team of five deadly battle-hardened agents from the Tom Clancy universe. The game allows players to create a squad of iconic heroes and villains from games such as Splinter Cell, Ghost Recon, EndWar and Rainbow …

Guide to Game of Thrones Beyond the Wall: Tips, Tricks and Strategies

Game of Thrones Beyond the Wall is a turn-based tactical role-playing game. Discover the mystery behind the sudden disappearance of Bloodraven by taking command of the Night’s Watch. Collect your favorite GoT characters, such as Jon Snow, Jaime Lannister, Daenerys Targaryen and many more.     Deploy your best units and heroes on a grid-based battlefield. Assemble your favorite characters and …

Read More about Guide to Game of Thrones Beyond the Wall: Tips, Tricks and Strategies

Disney Sorcerer’s Arena Guide: How to get All Characters

Disney Sorcerer’s Arena is the newest turn-based battler featuring your favorite characters from the Disney universe. The game follows the good old mobile turn-based strategy RPG mechanics but graphically it’s one of the best games out there. Cel-shaded characters in action will surely make you want for more.   There are more than 50 playable characters with more …

Read More about Disney Sorcerer’s Arena Guide: How to get All Characters

LEGO Legacy Heroes Unboxed Guide: How to get Characters and Sets

Your favorite minifigures will come to life in LEGO Legacy Heroes Unboxed. Assemble the best team of cool characters to fight enemies and restore Piptown to its former glory.   There are more than fifty collectible characters in this game, including all-time favorites like Captain Redbeard, Blacktron, Majisto, Pirate Princes Argenta, Willa the Witch and many many more!   You will need a …

Read More about LEGO Legacy Heroes Unboxed Guide: How to get Characters and Sets

World War Doh is a Clash Royale clone with a twist. This hilarious new real-time strategy game lets players control funny Play Doh-like army commanders and their minions in 1 vs. 1 battles.   Unlike Clash Royale, this game features a comical yet powerful commander who can be controlled to attack towers and enemies. There are two towers – Rage …

A new PewDiePie game has hit the Play Store and I am sure you are as excited as I am! Created by Outerminds, PewDiePie’s Pixelings teleports us to the cute Pixeland, where the inhabitants are facing a new threat. A mysterious entity has invaded the worlds of Pixeland and only you and the world’s most popular YouTuber can get rid of …

Empire: Age of Knights is an excellent medieval empire-building game from Goodgame Studios. Step into the boots of a mighty knight and look over a sprawling castle, expand your city, fight orcs, trade with other kingdoms and explore the map to find secret treasures.   The game combines city building with tower defense elements. You will …

In a world of decay where you think your greatest enemy is the undead, you find the living can be just as dangerous. Rebuild civilization, work together with other players towards the common goal of surviving. State of Survival is an excellent zombie survival game for Android. In this game, you will have to put …

Gears Pop is a real-time multiplayer game from Microsoft Corporation. It lets you collect and place cute Funko versions of iconic Gears characters onto bite-sized battlefields. Gameplay is very similar to Clash Royale, but there’s a unique “cover” feature that lets you capture covers using certain troops to expand the deployment zone. There’s a big strategic benefit of …

Army Clash takes on a simplistic view of war. Utilize various troops to go into battle in this battle royale! Make proper use of basic, but effective troop configurations to find the best combination and spacing of troops to defeat the enemy. Start off with soldiers and grow your army. Combine like troops to create stronger …

Set out on a journey to rule the lands. Upgrade your castle and surrounding buildings, prepare for battle against rivalling clans. Destroy monsters that roam the land, work with other players and work against your rivals to see who is the bravest in the land. Who can take control and rule over this vast kingdom? …

The Royal Affairs Guide: How to get Prestige and Win Plot Battles

Before you start wooing women in The Royal Affairs, it’s important to know what’s the game about, what is its objective and how to progress. Well, the intro does provide some information about the game. You and a rag-tag team of rebels vanquish a greedy and corrupt baron and grab his seat with the sole objective to …

Read More about The Royal Affairs Guide: How to get Prestige and Win Plot Battles

Distrust is a survival horror RPG developed by Cheerdealers. The game takes place in an arctic base where members of a science team are holed up. There’s no escape as their helicopter’s crashed, and they will have to survive the rough weather, search for provisions and at the same time fend off/avoid contact with deadly alien …

Defender Z is a stunning tower defense game from Droidhen. The game lets you set up defenses against the undead horde to make your city zombie-free. A secret experiment goes awry, causing a deadly virus to spread across the city, infecting residents. You will have to install guns and turrets to repel the infected and make …