Everyone loves role-playing games. And why shouldn’t they? After all, a role-playing game (RPG) lets players assume the role of a hero who fights monsters, saves people, crafts and wields deadly weapons, gains new skills and defeats mighty bosses.

Most RPGs take place in a fictional fantasy world filled with orcs, goblins, evil magicians and huge dragons. These games are further divided into sub-genres. There are squad-based tactical role-playing games that lets you build a party and engage in turn-based battles, action hack-and-slash RPGs in which you choose your favorite class and jump right into open world environments to fight huge bosses and idle role-playing games that are devoid of exploration, usually depend on how fast you tap the screen to defeat enemies, but pretty addictive.

No matter what your favorite RPG is, you can take a look at these awesome Android role-playing games to begin your adventure. And if you have played them, then you should read our game guides that provide useful tips and strategies to help you progress through stages and chapters. 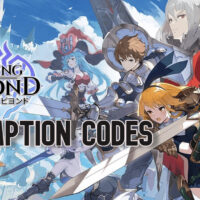 Shining Beyond combines role-playing with idle game elements. There are tons of heroes to collect and costumes to gather. One of the best features of this game is the real-time co-op mode which allows you and your friends to explore dungeons together and vanquish enemies for rewards and glory. Like other mobile RPG games, Shining …

Read More about Shining Beyond: New Codes to Obtain Rewards (2021) 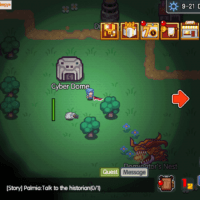 Elona Mobile: How to Find and Redeem Gift Codes

Elona Mobile is a stunning open-world JRPG. It’s different from other role-playing games. Fans of exploration-based role-playing games will love everything about it. While quests are the best way to obtain rewards, there are also other ways to get them for free. You might find a gift code or two and enter them in the …

Read More about Elona Mobile: How to Find and Redeem Gift Codes 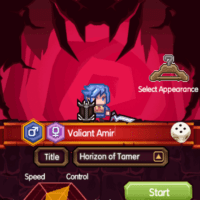 Elona Mobile is an excellent top down open-world role-playing game from LTGames Global. Created by the Japanese game developer NOA, this roguelike RPG was first released on Windows PC in 2007. The Android version has excellent on-screen controls and the graphics look great on your smartphone. If you love exploration-based RPG and are bored with … 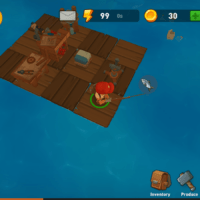 Fishing is an important part of survival in Epic Raft. Fish will improve your character’s hunger stats and also improve his health. Raw fish can be harmful as it may contain parasites, which might decrease health and hunger levels. Begin fishing before exploring islands, so that you at least have some food while exploring. While …

Read More about Epic Raft Guide: How to Catch Fish 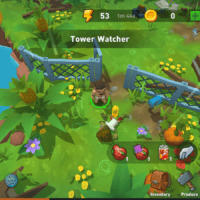 Epic Raft is a brilliant survival and crafting game from Lightcore Ltd. Graphically, it’s one of the best 3D Android games available on the Google Play Store. The game follows the adventure of a survivor marooned on a small raft in the middle of the ocean. Help him stay alive by finding food, water and … 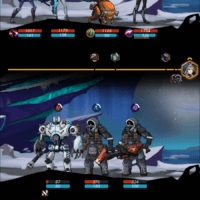 Stellar Hunter is an exploration-based space role-playing game from LTGames Global. The story begins with a spacecraft crash in an unknown planet. After being healed by a mysterious old man, you start taking assignments from him to complete space missions for loot. Being a rookie ranger, you will have to travel between different star systems, explore planets, …

Read More about Guide to Stellar Hunter – Tips and Strategies 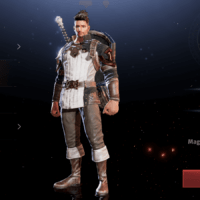 A3: Still Alive Guide to Classes and Skills

If you are looking for a game like Black Desert Mobile, then you should download A3: Still Alive. It is an open world role-playing game from NetMarble. The game has a battle royale mode, soul linkers (battle partners) and various professions with distinctive play styles. Read our guide to know more about classes, skills and a unique way …

Read More about A3: Still Alive Guide to Classes and Skills

It’s all about creating unique character builds and finding the most powerful combination of skills through different class systems. In Immortal: Reborn, you can switch (learn) to a new class anytime and once you have unlocked a higher-level class system, you can combine the skills of two or more classes to vanquish stronger foes. Our …

The Farm Sassy Princess: How to get Coupon Codes

Daerisoft’s The Farm: Sassy Princess lets you redeem coupon codes to get awesome rewards, which could be anything ranging from “Pam”, the in-game currency, to tools or even rare crops.   How to Enter Coupon Codes  Simple! Tap on the pink book. You can find this on the top-left corner of the screen.   Tap on the cog …

Read More about The Farm Sassy Princess: How to get Coupon Codes

The Farm: Sassy Princess – How to Catch Fish

It all begins with the *Beep* disease that spreads to the entire kingdom. The princess starts walking backwards and to find a cure, she must catch three “Doctor Fish”. Our guide will help you complete the quest and also learn how to catch fish in The Farm: Sassy Princess.   When you reach level 10 or level 11, …

Read More about The Farm: Sassy Princess – How to Catch Fish

The Farm: Sassy Princess is a terrific farming RPG from DAERISOFT. It has cute pixel graphics and the gameplay is very addictive.   The game has a fairy tale-like story. King Brassicus wants the princess to get married to a charming prince as early as possible, but his darling daughter refuses to do so. Angered by her refusal, …

Masketeers: Idle Has Fallen revolves around the supernatural abilities of masks. These bewitching visors grant extraordinary powers to ordinary humans, turning them into brave “Masketeers”. Empowered by mystical masks, these heroes have a task in hand – to fight deadly wraiths and rescue the world from evil.   Not all heroes wear capes. Some wear masks!   …

NetEase Games have released an excellent Marvel-themed MOBA named Marvel Super War. Gameplay is very smooth and engaging. There’s also a training mode that lets you know the basics of the game.   Additional game modes can be found under “PvE” clash. You and other players will fight tougher bots in a 5 vs. AI match. But …

There are more than 50 superheroes and supervillains in Marvel Super War. The epic MOBA game has six classes:   Fighter  Power  Marksman  Assassin  Tank  Support  Classes are often overlooked in Marvel Super War, but are as important as individual characters. When you gather information about a hero’s class, you will actually get to know more …

Read More about Marvel Super War: Guide to all Classes

The next gen MMORPG is finally available on the Google Play Store. With amazing console-level visuals, lots of quests, deep character customization and 5 diverse classes, Black Desert Mobile will also appeal to those who are playing it for the first time.   A pure open world RPG, BDM offers extreme, fast-paced combat, tons of quests, …

How to Unlock Character Slot in Black Desert Mobile

In the beginning of play, you will create a character soon after selecting a class. You can then change the appearance and outfit of your chosen hero in the character creation screen. The three empty slots in the “Select Character” screen suggests that a player can create three different character classes.   To unlock additional character …