Blood Brothers 2 is the sequel to Dena’s epic strategy RPG. It has a story mode, plenty of tactical battles and an online arena to lock horns against a random human player. The game has amazing graphic novel-like visuals.

A mini-tutorial will teach you the bare-basics of battle and explain a few tactical moves. The game is based on the rock-paper-scissors mechanics, but winning depends on various factors, such as special tactics, training, and army placement. You may find these tips, tricks and strategies quite helpful if you want to win battles:

For example: For Melee, Archer and Cavalry enemies place Archer in the first slot (opposite melee), Cavalry in the second slot and Melee in the third slot.

However, not all battlefields will have three different enemy classes. If there are Melee, Melee and Archer commanders on a battlefield, and if you have an extra melee, then this should be the ideal army placement: Archer, Melee and Cavalry.

While other attributes such as skills, HP, attack and defense may determine the outcome of battle, having stronger commanders on the battlefield will give you an upper edge over your opponents.

2. Squad HP is Crucial for Survival

Choose only those commanders who have higher HP than their enemies. Doing this will ensure your battalion won’t get wiped off in the middle of the battle. Use coins to train and level-up faster. This will automatically increase their HP and other stats.

Always level-up your commanders before going for battle. Leveling-up improves HP, attack, defense and other stats. Your team’s total HP is crucial for surviving all battles of a chapter. The HP of a commander depletes in every battle. Worse, a commander’s health won’t replenish in the next battle. You will need to fight with reduced HP until the boss battle. Hence, you should be well prepared and go to war with high HP.

Trick: On the tactical map, go back to your castle to replenish HP. This may be risky as your opponent may try to block you or attack first, but you must take this risk if your army is too low on HP.

Every tactical map has at least two bases. You must protect your kingdom at any costs. On your map, there may be a shorter route to the enemy base, but ignoring an enemy commander closer to your base would be suicidal. Make sure you defeat him first and then go for the enemy base.

4. Use Commander Skills in Battle

Each commander has its own special skills that recharges after some time. A recharged commander profile will glow. You just need to swipe up and place him on the battlefield to activate his skill. A commander having a class as well a skill stronger than his/her opponent will inflict maximum damage to the enemy.

In Blood Brothers 2, the captured enemy can be recruited to your team. Note down each enemy commander’s capture status in the “versus” screen. Some will have the “Cannot Capture” label, whereas others will have a “Recruit Rate” of 100 percent or 50 percent. Most commanders with over 50% recruit rate can be captured by pressing the recruit button. Chances are less for commanders with less than 50% recruit rate. You can always replay a level if you fail to capture a commander in that level.

6. Attack First to get Rid of Half of the Army

An enemy strikes first when it moves towards your captured square on the tactical map. You get a tactical advantage if you get the first strike in battle and this can be possible if you move your commander towards an adversary’s captured square before he does. When the battle starts, your armies will attack first. The first strike can be lethal and can get rid of almost half of the opponent armies if your armies are stronger than them.

7. Add Rare Commanders to Your Squad

You will gain new commanders throughout the story mode or as daily rewards. However, you can earn them via “Pacts”, which let you summon new commanders from another dimension. These include those who normally wouldn’t be available through capture.

To get a free commander, tap on Pact > Free Daily Pact. You can get a maximum of three free pacts at dawn, noon and twilight (morning, afternoon and evening).

You can choose a new leader of your team if the new commander is better than the current one. Tap on the crown icon beside the Home icon. Next, tap on the first empty slot and choose a powerful commander. For the rest of the slots, add remaining commanders.

You can have a total of five commanders in your team – A leader and four additional commanders. To replace a leader or commander in your team with a new one, tap on his/her profile and then tap on “Replace”.

To get a rare commander or a better commander, tap on “Blood Pact”. You can get one by spending Blood Sigils. These Sigils can be earned by ranking up in arena battles, completing all chapters of a story and via daily login bonuses. A Blood Pact usually costs 5 Blood Sigils.

For faster level-ups, train your commanders. Go to Commander and tap on a character’s profile. Tap on “Train”. You will need coins to train him. Coins can be earned after completing a chapter. You can also get them as daily rewards and special rewards that may appear on your treasure chest. Training commanders improves their stats such as HP, Attack and Defense. Don’t spend all your coins on training one commander. Divide the coins to train all commanders in your team.

9. Don’t Use the Same Selection Every Time

During battle, you might be asked to place the same army setup. Inspect your army and enemy army position before tapping on the Same Selection button. The current commander may have been injured and a fresh army needs to be on the battlefield. In such cases, it’s better to manually place new commanders. You can experiment with the placement, but do keep in mind the character class and HP of each commander before placing one.

10. Special Tactics to the Rescue

You can use special tactics to deploy additional armies or destroy enemies on the tactical map. You will find the Tactics button on the bottom-right corner of the screen. Press this button when activated.

Win battles to increase your tactical score. Once it reaches a number (for example 50/100), tap on the tactics button, choose a tactic from the list and tap on an empty square or an enemy captured square to attack.

Some tactics can be used to decrease enemy HP right on the map, making it easier for you to defeat him when the real battle starts. Battles in Blood Brothers 2 won’t be easy, so use special tactics sparingly, especially when your team HP is lower.

1. Login daily to get free rewards such as new commanders, blood sigils, coins and XP. Tap on the treasure chest icon to claim any unclaimed rewards.

2. Don’t miss playing the launch event. You will earn unique rewards if you complete it.

Blood Brothers 2’s 3.0 content update adds exciting new features to the game. There’s a cool player versus player Brigade event that lets you engage with other players in back-to-back battles. You must have enough characters to play this game mode.

The Brigade event allows players to bring 3 squads to battle. Each squad of yours should have one unique Commander and different types of characters. Once you have 3 squads ready, you can fight other players in a best-of-3 battle. Play more story missions to collect more characters, assign 3 commanders and 4 characters to 3 each and then battle players live in PvP matches.

There’s also a social game mode called Direct Match, where you can fight friends any time in Arena. All you need to do is give your ID (shown under “Wait for a Challenge”) to your friends or request their ID and enter it in the box under “Challenge a Player”. Make sure you add the best characters (each having a different type) to your squad before battling friends.

The best part of this update is “user-generated stages”. This is where players can show their stage design skills. A player can build strategic formations and defend his kingdom against other random players. 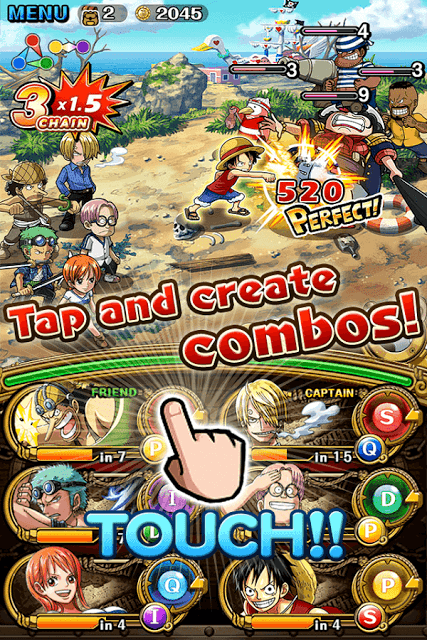 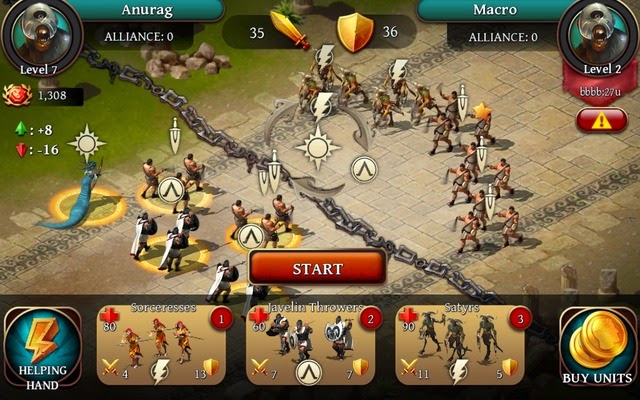 Next
Age of Sparta Tips, Tricks and Strategies
Click here to cancel reply.