In Black Desert Mobile, a player can choose a class from five major classes – Warrior, Ranger, Giant, Witch and Valkyrie. Every class is unique in its own way and so are its skills. You can create multiple character classes and change your hero anytime through Menu (hamburger button) > Characters.

There are 15 unique active skills in a class. A player has to reach a certain level to learn a new skill. Complete quests to earn XP and reach new levels to learn new skills.

There will be eight skill slots of which four will be visible on the lower-right corner of the screen. The other four will be hidden. To reveal them, swipe over your current skills on the screen.

Tap the sword/axe icon on the top right side of the screen. Next, tap the “Equip Skill” tab. Touch an unlocked skill and then touch an empty slot to equip it.

You can equip up to eight skills once you learn several of them. This will give you more choices during combat. Just swipe over the radial menu on the lower-right corner of the screen to bring out the hidden set of four skills.

You can upgrade skills using skillbooks. Leveling up a skill improves certain stats, such as damage per hit. Every book is unique to a skill and can’t be used on others. You can obtain skillbooks by completing certain quests, during combat or by purchasing them.

While your character selection in Black Desert Mobile depends on your playstyle, this guide will still be of some help if you want to delve deeper into each class, their unique skills and the effects they have on enemies or allies. This will help you make an informed decision before starting your adventure:

Equipped with a shield and longsword, the Warrior should be your first choice for melee combat. He hacks and slashes through enemies using his longsword and defends himself and his allies with his shield.

The Warrior has an awesome set of skills that deal a lot of damage per hit. One of his notable skills are Heavy Strike that deals 58 percent damage per hit and inflicts stun on his first hit.

Swift-footed and quick in attacking enemies, the Ranger attacks enemies from a distance.

She has exceptional bow skills, including those which lets her fire multiple arrows at enemies. Her “Descending Current” skill lets her fire a volley of arrows into the air to fall over several enemies at once.

Besides her mastery on bow, she can also deal massive damage with a few of her melee skills, such as “Dagger of Protection” and the “Evasive Explosion Shot”.

Another powerful tanky class in Black Desert Mobile, Valkyrie strikes a perfect balance between defensive and offensive skills. She can deal great damage to enemies at close range and also has defensive skills that provide buffs and heal her allies. Breath of Elion is an example of her active skill that can heal herself and her allies.

With a mastery over five elements of nature, the Witch knows how to manipulate ice, fire and wind to defeat her enemies.

She can hurl fireballs, cast multiple lightning bolts, unleash a cold blast (Frigid Fog skill) to freeze enemies and summons whirlwinds out of thin air to hit enemies that blocks her path. She can also manipulate time and space to move at lightning fast speeds. If you are a big fan of the Mage class, then you should choose the Witch for her magical skills.

Supremely powerful (physically) and armed with large dual axes, the Giant is a tanky class who has exceptional crowd-control abilities.

Some of the AoE skills, like Frenzied Destroyer (can be learned when you reach level 10) lets him smash the ground to target multiple enemies surrounding him. There’s also Raging Thunder that lets him swing his axe and holding this skill button will trigger consecutive attacks on enemies.

How to Delete a Character

Deleting a character in Black Desert Mobile is easy. Tap on the menu on the upper-right corner of the screen. Next, tap on “Characters” > “Go to Lobby”.

On the character selection screen, tap on a character class icon on the right side of the screen.

Tap on the “Delete Character” button, which is located on the bottom-left corner of the screen.

You cannot delete a character instantly. There will be a three-day grace period. Your character will be permanently deleted unless you press the “cancel” button before three days. Once deleted, his/her slot will be empty and you will be able to create another one on the same slot. 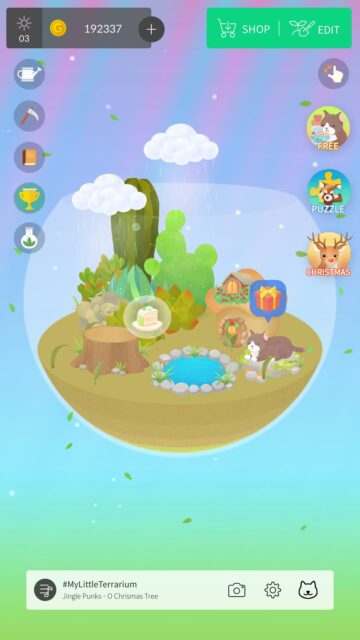 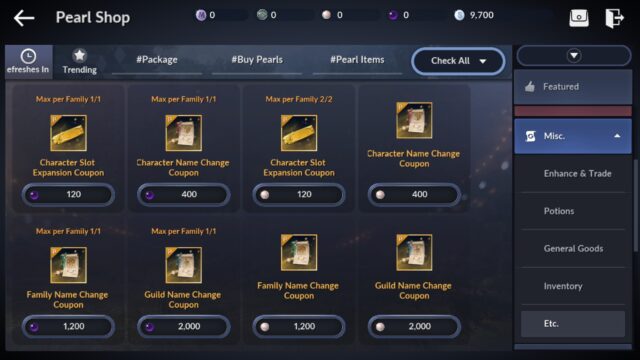 Next
How to Unlock Character Slot in Black Desert Mobile
Click here to cancel reply.

Made a little website with info and tools for Black Desert Mobile. You've got boss timer/schedule(and notifications), tables for item CP, restoration cost etc, a section where you can earn pearls by doing surveys and even a puzzle solver for the 3x3 Art Puzzle Event. Hope you find it helpful ^^