The One Piece anime series is popular the world over, possibly because of its endearing characters or the storyline. But one thing is certain, manga/anime lovers just adore Luffy and his crew, the “Straw Hat Pirates”.

Many die-hard fans will know that the first One Piece game was released way back in 2000. Known as ‘Become the Pirate King’, this Japan-exclusive action-RPG was released for the WonderSwan handheld console.

Currently, there are several games released on various platforms, such as the PlayStation, Nintendo DS, GameCube and PC. There are also a few One Piece games for Android. Some of these are region-locked and so you will have to get them via QooApp. You may want to read our guide to know how to play these region-locked games on Android.

‘Treasure Cruise’ remains one of the most-played One Piece games on Android. A role-playing game with a turn-based combat system, Treasure Cruise’s simple one-touch controls will make you fall in love with this game. Its intuitive tap battle system is all about timing and so to unleash combos against enemies, you must time your attack.

With a whopping 2000 characters to collect, the game lets you choose your favorite heroes and assemble a strong pirate crew to vanquish enemies. One Piece Treasure Cruise is one of those rare games that lets you relive the original anime’s storyline right from the beginning through a series of dialogues and exclusive content between battles.

'Thousand Storm' is an RPG brawler with a single-player and co-op mode. The game’s simple controls will keep you hooked into real-time battles. You can dodge and attack opponents with by simply flicking and tapping the screen.

The game lets you collect tons of One Piece heroes. Each character has a special move, which can be activated during battle. As you engage with opponents, you will also collect character-exclusive scene cards that will help you unlock new fighting moves of your favorite characters such as Luffy, Nami and Usopp. The game’s co-op mode lets you form a three-player party to fight online opponents in 3D battles. Sounds fun!

‘Bounty Rush’ is a 4 vs. 4 real-time PvP game where players control Luffy and other character in their quest to loot the treasure.

Bounty Rush has a fast-paced capture the flag-style of a gameplay with shorter maps. With top-notch 3D graphics, the game lets you collect your favorite characters and form your own team to loot treasure points before your opponent’s does. You will unlock more characters as you collect fragments during PvP battles. 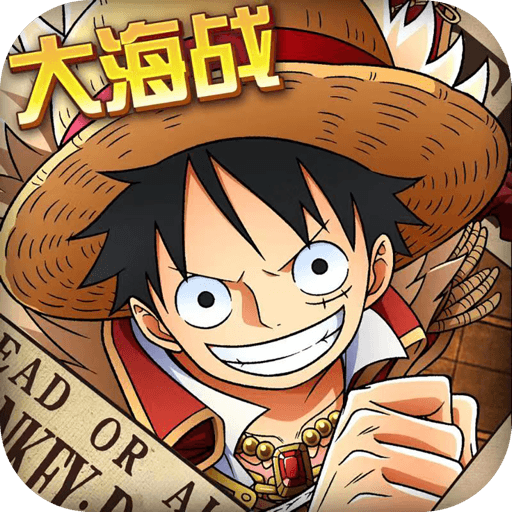 Another action-packed One Piece game for Android, ‘Sailing King’ allows you to explore the seas and fight enemies in real-time battles. Just like other games, there are hundreds of your favorite characters to collect. You can control them and unleash their special moves by tapping their portraits when their special move bar fills up during battle.

Sailing King’s battles are extremely fast-paced, so you will have to be quick in unleashing a character’s special fighting technique to defeat waves of enemies. The game is in Chinese and there’s no announcement of an English version yet, but if you are a big fan of Luffy and his mis-adventures, then you must add this game in your collection.