The Auto Chess rage has people wondering what’s the game about. For starters, it has nothing to do with chess. It’s a tile-based strategy game where two players deploy heroes on a grid that resembles a chess board.

Each hero has his own strengths and weaknesses and belongs to a unique class or species. When the battle begins, heroes fight automatically and player who deploys stronger heroes wins a match. And while you have no control on your heroes when a battle begins, you must ensure you recruit the best heroes for your team.

There’s actually a lot of strategy to be found, including choosing the right champions that activate combos, proper formations and lineups.

With Chess Rush, Tencent Games has now joined the auto chess bandwagon! Chess Rush pits you against other players in PvP matches that pits random players against each other until there’s one winner. There are multiple game modes, including a “Turbo Mode” where matches are just ten minutes long.

Chess Rush has over 50 heroes belonging to various classes/species. You can choose formations and lineups before every battle, recruit the best heroes and then sit back and watch your team fight other players’ teams. One great aspect about this game is that there’s no in-app purchases. Chess Rush encourages strategic thinking and planning and discourages the “pay-to-win” system. If you are a big fan of auto-battlers, you will love everything about this game.

Might & Magic fans are in for a “massive” treat. This new auto-battler from Ubisoft entertainment guarantees exciting short, real-time battles between you and a whopping 99 other players.

Featuring tons of your favorite heroes from the Might & Magic universe, Chess Royale encourages deep strategy by allowing players to create unique synergies and use spells at the right moment. You can merge units to make them powerful, choose or just level up to make rarer units available for battle and cast unique spells with powerful effects to vanquish opponents. Do check out our Might & Magic: Chess Royale Guide: Tips, Tricks and Strategies to know how to win battles.

Another superb Auto Chess like game for Android, Arena of Evolution: Red Tides has stunning graphics. The board design is lit the 3D characters are just awesome. Gameplaywise, Red Tides is very similar to other auto battlers. You will be fighting 7 other players. The tournament begins with monster rounds where you will have to fight bots. Monsters drop equipment, which can be equipped to your heroes to make them more powerful. Soon you will be battling other players in intense PvP matches. The game boasts more than 60 heroes, and each hero can be upgraded by merging two identical heroes with it. Graphically, Arena of Evolution is the best-looking auto battler on Android.

Due to the immense popularity of Auto Chess, a Dota 2 mod, the creators of Dota decided to come up with their own standalone version called Dota Underlords, and they haven’t disappointed fans. Gameplay is smoother, thanks to Valve’s lightning fast network. There are still a few bugs, but that won’t spoil your gameplay experience.

Dota Underlords promotes crossplay, so you can the game of your Android device and finish it on your computer. No matter where you play, you can continue on a new platform from where you left as your profile is shared across all platforms. The game provides ranked matchmaking, in which you will play against new underlords and as you climb through the ranks, gameplay will become more challenging. There’s also an offline mode where you will get some practice battling bots. With four difficulty levels, offline mode is the best way to sharpen your skills.

Optimized for Android phones, Arena Allstars offers bite-sized auto battler matches. The game has shorter rounds and bigger characters. Arena Allstars is one of the few, if not the only game that offers a portrait mode. Unlike other Auto Chess games, tiles aren’t visible during battles. They appear only when you drag and drop a hero onto the board.

The game has three modes - practice, custom mode that allows you to create a custom match and challenge you friends, and the usual 8-player knockout mode where you will have to employ various strategies to outwit your opponents. Much like other auto battlers on Android, Arena Allstars lets you merge heroes to level them up and look for “synergy bonuses” when three heroes share similar traits. The game’s fun and the best part of it is its short tournaments, which makes battles more intense and engaging. 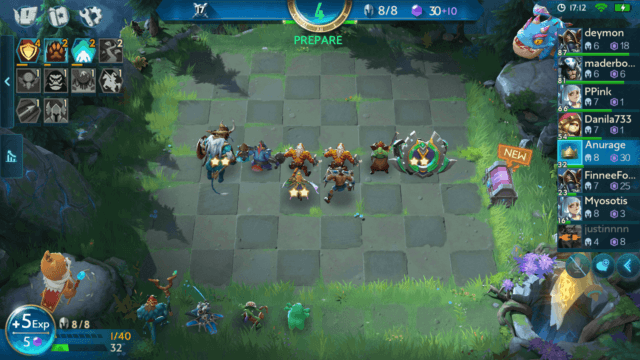 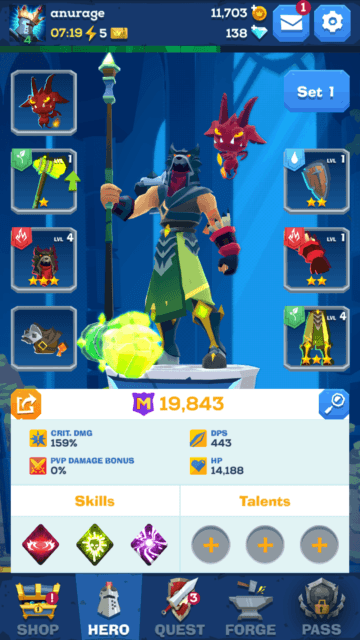 Next
The Mighty Quest for Epic Loot Guide: Tips, Tricks and Strategies for New Players
Click here to cancel reply.