NetEase Games have released an excellent Marvel-themed MOBA named Marvel Super War. Gameplay is very smooth and engaging. There’s also a training mode that lets you know the basics of the game.

Additional game modes can be found under “PvE” clash. You and other players will fight tougher bots in a 5 vs. AI match. But that’s not all, under “Arcade”, you will get two more game modes – Battle for Vibranium and Free for All. The former is a 5 vs. 5 PvP match where players in each team have to collect vibranium and bring it to collection points to get rewards.

There’s so much to learn about Marvel Super War and in this guide, we are focusing more on the basics, turret attacking strategies, choosing tactics, item sets and proper control mode to emerge victorious in a match game.

If you have played Mobile Legends, then you will be familiar with the gameplay, but if you have just started out, then you must know how to play Marvel Super War:

When Should you Attack a Turret?

Like I said earlier, you will have to destroy all turrets in a lane before you can knock down the main tower on the enemy’s base. But tearing down an enemy tower isn’t a piece of cake and you will need to plan ahead before getting in its line of fire. Here are some strategies:

Turrets are self-protective in nature and are placed on strategic zones to protect the enemy’s base. When you get closer to an enemy’s turret, you will notice a circle around it. The circle is its attack range and any unit within the circle will be automatically attacked by the turret.

You will make a big mistake if you enter a turret’s range all alone. The turret will take reduced damage if you attack it with no minions nearby.

If your hero enters a turret’s range all alone, he/she will draw all of the turret’s fire power and the damage received will be much greater.

A unit that enters a turret’s range will be attacked first.

Turrets protect allies, so if your hero attacks an enemy hero and if your hero is in enemy turret’s range, your hero will attract the turret’s attention and it will prioritize attacking him.

Press and hold an ability to get additional info, such as bonus effect/damage, cooldown time etc.

Only “Free” characters and recruited heroes can be selected for the main match. But if you want to know the strengths and abilities of all 40+ heroes, start practicing under “Hero Training”.

It’s a one vs one match between you versus a bot or AI hero. Go to Match > Training and then select your hero and the enemy hero in the versus screen. Tap the empty space under “Vs” to add an enemy hero.

Press Start and begin your practice. Hero training simulates a real match pretty nicely, but you will be fighting only a single enemy and its minions. The bot Hero is not easy to defeat, so you will get some good practice before you can start battling real players in a 5 vs. 5 match.

Change Tactics on the Fly Just Before a Match

There are nine main tactics in Marvel Super War – Blink, Paralyze, Accelerate, Wound, First Aid (Heal), Reveal, Teleport, Leech and Dispel. Each tactic has its own battle advantage. To get detailed information about a tactic, including a video demo, go to Archive > Tactic.

You can choose two starter tactics before a match begins:

On the Hero Selection screen, select a hero by tapping his/her portrait. You will have to “lock” your chosen hero before time’s up. There will be two small tactic icons above the lock button. Tap on any one icon to go to the tactics page.

Tap on Quests on the left side of the home screen. A list of quests or tasks will be shown on the right side of the quests screen. When you complete a task mentioned on the list, you get battle reports.

Tap the “Claim” button beside a task and watch the battle report gauge fill up. When it reaches a particular level, you will unlock a chest which will grant a lot of EXP and coins.

For example, if you earn 30 battle reports, you will unlock the green chest, which grants 30 EXP and 20 coins. The tasks are easy to complete, so you will receive battle reports in no time.

Customize your Own Item Set

Items improve a hero’s stats/abilities and provide bonus effects, which are usually passive in nature. A hero’s item set contains 6 items. You can purchase them with coins during a match. To know his/her item set, go to Archive and tap a character’s portrait. Under Item, you will see his item set on the bottom of the screen.

You will have to pre-select an item set before playing a match game. Pre-selected items in a set will show up just beside the golden shopping cart icon on the left side of the main battle screen. When battle begins, just tap on an item to purchase it.

In Marvel Super War, you can change a hero’s gear set from the items list under “Archive” > Hero Portrait > Gear. Simply tap on the “Edit” button beside his set and then tap the “X” above each item to remove it from the set.

Now tap on an item from the list and then tap on the grey button above the empty slot to add the new item to your set. Do this for other items and don’t forget to press the checkmark icon on the right side to confirm your new item set.

I have explained more about items and coins in the “Getting Started” section. Please read that first and then come back to this section to know how to select your own item set.

Choose a Control Mode that Fits your Attack Style

There are three main control methods of which I will explain the first two. You can select a control mode from the settings menu (gear icon) during combat. It’s located on the top-right corner of the screen.

Auto Target Lock Mode: Recommended for new players and melee heroes. When an enemy hero is within your hero’s attack range, tap the basic attack button and it will lock the target. Since the target is locked, your hero will keep attacking and even chase the enemy if he runs away. You can unlock the target by attacking someone else.

Free Target Lock Mode: There will be two additional icons located next to beside the big circle (fist icon). Tapping the fist icon will let to  target a nearby hero. If you tap the tower icon on the top of main control, your hero will target the enemy tower. If you tap the minion icon on the bottom of the big circle, your hero will target only enemy minions and no one else.

You can select a control mode out of these two. Once you get enough practice with the first control mode, you should definitely try the Free Target Lock Mode as it provides more options and lets you focus on only one enemy type without leading to any confusions.

If you are new to Marvel Super War, you should select auto casting under settings > control. With auto casting ability control mode selected, players won’t have to press and drag the ability icon to cast a directional or positional ability. Just tap on an ability and the job will be done.

We will try to add more tips and strategies to this guide. If you have any questions, please post them via the comment form below. 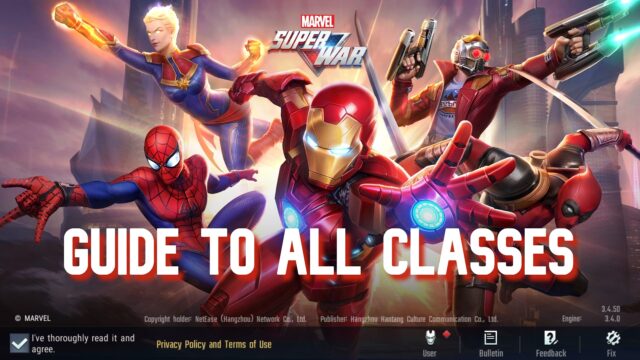 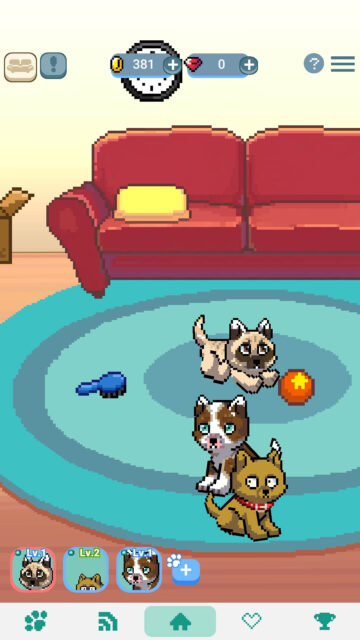