Army Clash takes on a simplistic view of war. Utilize various troops to go into battle in this battle royale! Make proper use of basic, but effective troop configurations to find the best combination and spacing of troops to defeat the enemy. Start off with soldiers and grow your army. Combine like troops to create stronger pods, that will punish the enemy and bring you closer to victory. Use these tips and strategies to help you progress through the game and master the skills needed to win the war.

Time your characters so that your direction arrow for attack is in the red zone. The more centered your attack is in the red area, the stronger your attack will be. Perfect attacks will show an “Amazing” and will allow your troops to attack more as a unit. If you miss fire and aim poorly, hit the refresh button in the top left corner of your screen. This game plays with automated attacks and after you aim and fire, your troops are left to their own devices. Rather than waste time on a predictable failed attack, refresh and try again.

In order to progress, you must build your army. Merging similar troops together will create a more powerful pod. You can merge like troops together by placing one group on top of the other.

3) How to Kill Enemies

To kill the enemy all you need to do is aim and fire your troops at them. To increase your chances of winning a match, or beating a level focus on correcting your timing to get the boost from a “perfect” attack, upgrade your troops to become stronger pods and ensure your formation makes sense for the enemies you will be facing.

Different types of troops are strong under different circumstances and perform different duties. Archers for instance work best at the back of your line up as they can shoot from a distance, while your soldiers and spearmen work best on the front lines to take the brunt of the enemy force. By understanding a troops function, you can best strategize where to place them to beat the enemy.

In Army Clash, you should experiment with troop placement to gain a general understanding of who works where and develop state of the art configurations of troops and shapes to best the enemy.

It is very important to expand your grid space. By increasing the area at which you can place troops, the more shapes you can create to combat the enemy. You start the game with a small patch of grid to put your limited number of troops, but as you progress in the game more grid space is needed to advance. Having the space to put spearmen at the front and archers at the back with bombers in between can only be accomplished with expanded territory. The more land you buy, the more expensive the next piece costs. This expansion is needed if you expect to progress and merge more troops together.

The daily objectives reward you handsomely with lots of coins when you complete them. Some of the objectives may have to do with earning a certain number of coins, expanding your grid space, or acquiring a certain type of troop.

These objectives earn you a lot of the in-game currency of coins. These coins can help you purchase grid spaces, troops and troops packs in the shop. It is highly advisable that you complete the 3 objectives daily.

Here you can purchase an ad free game, so if you’re tired of having an ad pop up every time a match ends, you can stop it with a small purchase of about $4. You can also buy card packs, coins and specific types of troops for money. The game has one option in the shop to buy a card pack for coins, which can be earned through achievements, killing the opponent’s troops and reaching the next level.

After almost every level, win or lose there is an option to get a free card pack which consists of one level 1 troop. This free pack comes at a price of one 30 second ad, but when trying to progress past a level, these level 1 troops can easily be combined to create stronger pods.

“If at first you don’t succeed, try, try again”. This quote remains true even in a game as simple, but engaging as Army Clash. Sometimes on the card packs you roll for, you get a troop that will not benefit you, or does not complete a daily achievement. You are given the option of rerolling to try and acquire what you desire. Watch a short ad and cross your fingers. This can pay off and get you unique troops.

Tip: When first starting out, rerolling is less useful as you can only get a small number of different types of troops.

10) How to Advance Levels

In order to advance past a level, you must beat it once. To beat the level all the enemy troops must be successfully killed and you must have at least one troop still standing on the field. By advancing levels you come across stronger foes with unique configurations, stronger troops and more coins. Each enemy killed awards you with 10 coins. At the end of a win, a coin multiplier will roll automatically and select x1, x2 or x3 to the current number of coins earned. There is also the option of watching a short ad to multiple your coin score by 3! This is a great method for gaining coins fast and surpassing difficult levels.

Army Clash is an easy game to pick up for your new gamer, but complex enough for intermediate level players to learn and progress quickly. Although it has a simplistic nature and basic graphics, it is very engaging, especially when you fail multiple times on a level. 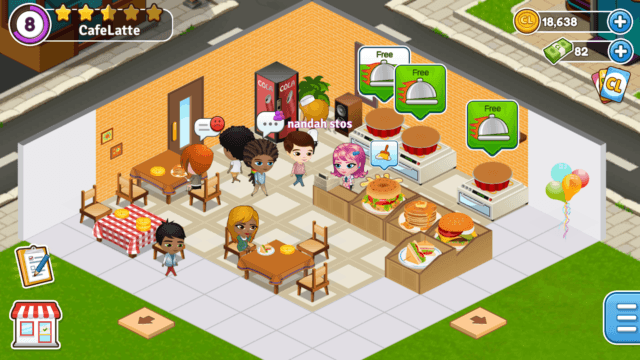 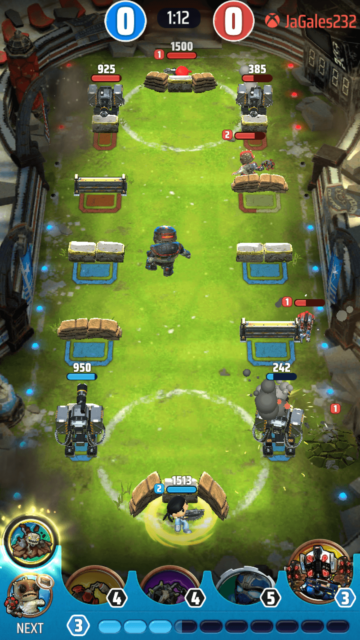