Rovio brings another Angry Birds game to your mobile devices, but this time you will be matching your feathered friends to defeat opponents in real-time PvP games. The game combines the famed puzzle genre with role-playing elements, which turns the legendary pig vs. bird fight into a match-3 fight fest.

You will be matching 3 or more Angry birds of the same type, accumulate attack and defense points and power up your hero bird to defeat opponents. You will also be equipping your character with weapons, hats, goggles to boost their attack/defense and sabotaging your opponent’s game board. Then there are fun ship battles that let you sink enemy ships by matching panels.

Angry Birds Fight is easy to play, but difficult to master. Follow these tips, tricks and strategies to get into a winning streak and defeat rival birds and green oinks:

Look for Matches of 3 Instead of Four

1. Matching 4 bird panels of the same type triggers a special bird skill. This special skill can sabotage your opponent’s game board if you match the same birds as your selected hero bird. Matching 4 panels also removes planet of birds in one move and increases the attack and defense rate.

While this tactic can really slow down your opponent’s game and in turn increase your attack and defense stats, it might be a waste of time. Focus on the game board and look for matches of 3. You will find plenty of them. Don’t waste your time looking for matches of 4 and above. They rarely appear. Remember that you have a 30-second time limit and you will need to be dirt quick to rake in as many defense and attack points as possible for the final showdown. Match 3 panels quickly and if you spot a 4-bird match, treat it as a bonus match.

2. You can simultaneously match 3 or more panels. This really makes it easier to get combos. Chances of getting multiple matches are higher if you keep on matching 3 or more bird panels at the same time. Combos can increase your bird’s attack and defense quickly.

3. Your chosen bird gets twice the defense/attack points when matching the same bird’s panels. For example: Match 3 yellow panels and if your chosen bird on the battle screen is the yellow bird, then you get twice the attack and defense points you would normally receive.

4. Play more PvP matches to level-up your birds. Win or lose, you will earn EXP. A leveled-up bird will have his attack/defense and other stats increased by a few points.

Choose the Best Weapons, Hats and Other Accessories for Your Bird

Sell weapons, hats and other accessories that do not increase your bird’s attack, defense or health.

The item that you acquire after winning a level may or may not be useful. And this can be clearly seen with the up or down arrow shown below your bird’s attack/defense/health stats (see screenshot below).

A down arrow indicates a stats decrease and equipping such weapons or hats is of no use. Just tap on the “X” button and then tap on sell to get rid of such items.

An up arrow indicates a stats increase and such items must be immediately equipped.

Some items give special skills to you bird. For example, the sunglasses I acquired for my yellow bird gave him extra power during bonus time. These skills can be seen at the left hand corner of the game’s battle screen and come into play when you match panels or after the timer runs out.

Few items are unique to each bird. They can be acquired via “Slot”. All items earned through slot give a skill bonus. You get to use the slot option free for the first time and then have to pay diamonds in case you want to use it again. Go for the first free slot to get one random rare item for your bird and enhance it with coins to make it stronger.

How to Get More Coins

Coins are used to upgrade your bird’s weapons and hats. You will need a lot of coins to enhance items. Check out these quick tips if you want to rake in extra coins for item enhancements:
Sell duplicate items or items that don’t give a stats increase. No use keeping such stuff in your Item Box.

Log in to Facebook to receive coins from your friends. You can also send some coins to your buddies.

Go to map and tap on the social button just above the gift box icon to connect to FB.

Always play Challenge battles (ship battles) whenever the game shows an incoming piggy pirate ship. Do not ignore such battles as they probably are the only way to earn coins. You get to fight a piggy ship soon after you complete an area.

You will earn extra rewards (coins+ diamond) if you earn 3 stars in a pirate ship challenge. You just need to tap on a previously-completed area on your island, and then tap on the piggy ship to begin battle. You can replay ship battles several times, but the coins you will receive will be fewer than the coins received in the previous battle.

How to Get Three Stars in Challenge Battles

Challenge battles or ship battles are fun and rewarding, provided you have the right equipment and captain. Here are some key pointers that will help you win challenge battles in Angry Birds Fight:

You get ship parts as rewards when you clear special area missions. These are simple tasks that need to be completed in order to acquire a special reward. Tap on “Mission” (ship’s wheel icon) to find out tasks. These missions could be anything from winning two match-3 battles with 2 different birds, winning a battle with red or yellow bird or winning one or two battles with bird. Tasks will keep getting challenging as you progress throughout areas.

Ship parts acquired by completing special missions should be used with caution. Sell duplicate ships parts or the ones that may decrease your ship’s attack or defense rate. A down arrow on the attack, defense and other stats show that the particular item may not be useful if equipped. An up arrow shows an increase in attack and defense rates, which shows that the item is useful and should be immediately added to your ship.

Some ship parts are unique to some birds and give special skills if a bird is made captain. For example: the Coconut Mast I acquired through a special mission increased my ship’s defense when I made Chuck (Yellow Bird) the captain of my ship. You will be able to see such special skills right at the bottom-left corner of your ship part’s profile image. To make your bird the ship’s captain, just tap on your ship and tap on the bird icon to select it.

How to Unlock All Birds

You can unlock birds by spending diamonds (premium currency) or completing simple tasks:

To unlock Matilda, you will need to win at least 10 Challenge battles. But make sure you earn 3 stars in each of these battles.

You can unlock the big black bird (Bomb bird) if you get 30 items. These items include weapons, goggles, hats and ship parts.

The task to unlock Blues is probably the easiest of all 4 tasks. You just need to fight 30 battles to unlock them. Win or lose, they will be yours soon after completing the 30th battle.

You will need to spend 6 diamonds for each bird if you don’t want to complete tasks.

Sabotaging Your Opponent and What You Do If You Get Sabotaged

In Angry Birds Fight, matching 4 birds of the same type is a sure shot way to slow down your opponent’s game. Make sure that you match the same bird panels as your chosen hero bird on the battle screen. Go for a 4 panel match whenever you see one appearing on the game board; else stick to the strategy explained in the first tip of this post. Check out the sabotage effects of each bird:

1. The yellow bird or Chuck removes all birds in the same line, horizontally, and creates a trench for a few seconds, not allowing the opponent to make any matches in that line.

2. Matching red panels will not only remove all red birds from your board, but also turn random panels into crates in your opponent’s game board. If your opponent does this, you just need to tap crates to free bird panels.

3. Matching bomb birds triggers a mini blast and removes surrounding panels on your game board. Your opponent’s game board will turn colorless. If this happens to your puzzle board, don’t panic. By now you know each bird’s color, so just keep on matching same bird panels.

4. Matching 5 Stella panels creates a bubble blast and removes most panels on the puzzle board. On your opponent’s game board, Stella unleashes bubbles to distract him/her, slowing down their game. If your board gets attacked by Stella’s bubbles, just focus on matching bird panels and ignore them.

5. Matilda removes all panels in a vertical line on your game board and creates a vertical blast on your opponent’s game board, creating a dugout. The barrier will remain for a few seconds and go away soon.

6. Matching The Blues will get rid of random panels on your game board. On your opponent’s board, random panels will be covered with paint. If this happens on your board, match those panels to remove the paint.

7. Match 5 bird panels to trigger “Fever Time”. The birds can be of any type and not necessarily your chosen bird. During Fever Time, the color of your puzzle board changes and any matches will double your hero bird’s attack and defense.

You may receive items after winning a battle. To equip an item immediately, tap on the tick icon. If you tap on the “X” icon, you will have two choices: Sell or store it in the Item Box so that you may equip it later. Tap on the Item Box icon to store an item.

To replace the current item with an item stored on the Item Box, follow these steps:

On the home screen, tap on your unlocked bird to open the list of equipped items. Press the two arrow icon below an equipped item (or an empty slot). You will find a list of items that were stored on the “Item Box”. Tap on an item to select it and press the tick mark icon to confirm replacement. ( The tipping scale shows how much an armor/weapon/item weighs. Each birdie can carry a certain amount of weight.)

You can upgrade your Item Box to increase its capacity. Tap on it and press the Plus icon located below the bottom-left corner of the screen. You will need to spend one gem to free up additional space.

What Are Chance Battles?

Chance battles appear randomly when you begin a battle. You won’t be able to select it. They just appear randomly. Win or lose, you will get double area points.

All screenshots provided by the writer, courtesy Rovio 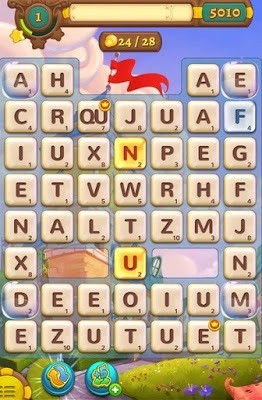