Two words: Absolutely insane! One wouldn’t have imagined of such an outrageously addictive game, but thanks to developers at Mediatonic, we now have a wacky multiplayer platformer that’s inspired by popular game shows like Takeshi’s Castle. You grew up watching this show, chuckled at those funny moments and now you can play a game with 99 others that lets you relive those memories!

Unfortunately, the most downloaded PlayStation Plus game isn’t on mobile yet, but there are very few games like Fall Guys: Ultimate Knockout for Android. Two are exact clones of the hit multiplayer obstacle course game, but we have also included a few more which are in the same vein as the chaotic platformer battle royale.

Oopstacles is a physics-based obstacle course game with multiplayer support. It’s probably the craziest 3D platformer available on the Google Play Store. The game has simple one-touch controls, so controlling your avatar won’t be difficult, but it’s those darn obstacles that are tough to master. Don’t believe me? Play the challenge mode and see it for yourself. This game mode has over 1000 hard-to-beat levels. Once you succeed in beating them, you can start playing the versus mode.

Oppstacles’ versus mode is now free, but for a limited time. Previously, one had to collect 500 coins from the single-player challenge mode before he could start playing the multiplayer mode. The default mode is now “versus” and I am sure that now it’s free because people are desperately looking for a game similar to Fall Guys on Android.

Battle Racing Stars is another fun platformer/obstacle course racing game. Despite being a 2D game, it offers endless multiplayer racing fun. With simple controls, you can swipe your player to overcome various hurdles, take advantage of power-ups to dash past other players and can even attack them to slow them down. The game also lets you customize and upgrade your favorite runners to power up their stats, which will ultimately make it little bit easy for you to defeat them in this fast-paced platformer racing game.

Battle Racing Stars is from Halfbrick Studios so expect a lot of your favorite characters, such as Barry Steakfries, Dan the Man and others.

If you are looking for an exact game like Fall Guys, then you must play Run Royale 3D. It’s a pure physics-based multiplayer obstacle course game with several challenges. You can practice playing against bots, but the real fun lies in “butting heads” with other players. While Run Royale is not as addictive as the PC multiplayer runner, you can surely pass your time playing it until Fall Guys comes to mobile.

Sonic Forces has all the features of the gravity-defying endless runner for Android, but with real-time multiplayer support. Choose your favorite character from Sonic the Hedgehog, Knuckles, Amy, Tails, Vector the Crocodile, Omega and several other heroes and villains from the SEGA universe.

Being a pure multiplayer runner/obstacle course game, Sonic Forces boasts 3D environments and challenging tracks. Controls are easy and you can jump, dash, slide, and spin your avatar to make him/her race past other characters.

Sonic Forces lets you race against real players from around the world. Fight for rings, dodge several obstacles, attack and dash past players and if they are smarter than you, set traps to slow them down or just push them into obstacles to run and jump your way to victory!

The third game in the Fun Run series offers crazy platforming, more deadly obstacles and up to 8-player support. You can challenge eight real-life players in this epic obstacle course racing game for Android. The only drawback is that it’s a 2D game. But that shouldn’t stop you from installing the game to your Android device.

There’s always an element of surprise with respect to obstacles. You would never know when and where they will crop up, and this makes the game even more exciting.

A PvP platformer with pets? Sounds interesting! You will choose your favorite cat or a dog and race against friends across fun, but challenging obstacle courses. Just like other multiplayer platforming game, Pets Race lets you use unique skills to slow down opponents and outrun them in real-time PvP races. On your way to the finish line, you will also come across power-ups that will help you speed up your pet or heal them in case opponents attack her.

Pets Race has cute 2D cartoonish visuals, easy controls and lots of challenging courses. It lets you race against 3 more online players, so the number of players that can participate in this multiplayer obstacle course game is limited to only 4.

Fall Dudes 3D is one of the very few Android games like Fall Guys. You will be competing against 39 other players in this frenzied obstacle course game through a series of crazy challenges. A failed attempt going past a particular obstacle and you will be disqualified. The rush for the finish line will be insanely tough, especially with so many absurd obstacles waiting for you.

Fall Dudes has lovely 3D low-poly graphics and it is currently in early access. Developers will love your feedback and suggestions. There will be more game modes and new gameplay features coming soon.

Previous
How to Date and Marry in Citampi Stories 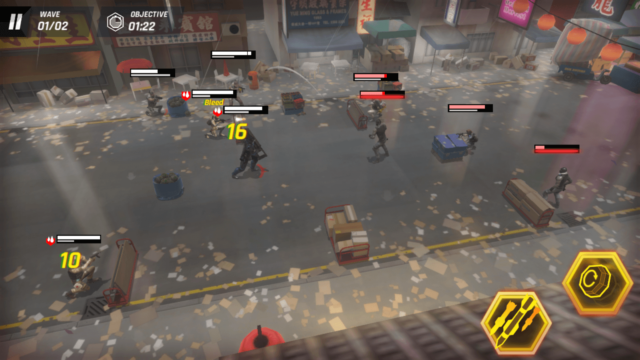 Next
Guide to Tom Clancy’s Elite Squad: Tips and Strategies
Comments are closed.